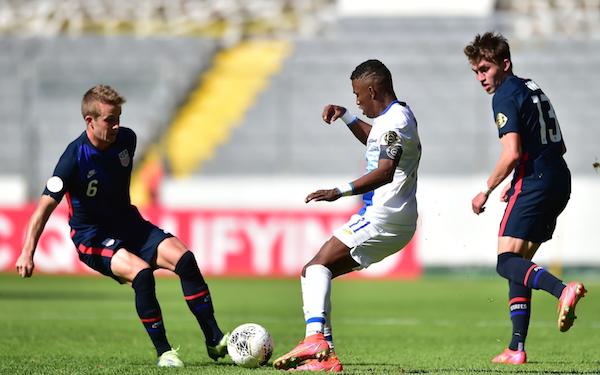 That's the time the USA has gone without appearing in the Olympic men's soccer tournament.

It has a chance of end its drought on Sunday when it faces Honduras in the Concacaf Men’s Olympic Qualifying semifinals at the Estadio Jalisco in Guadalajara.

The winner will advance to the Tokyo Olympics along with the winner of Sunday's nightcap, Mexico or Canada.

Honduras is an old nemesis. The Catrachos beat the USA, 2-0, in Nashville at the same stage four years ago to qualify for the Olympics for the third straight time. They have played the USA in the final stage of four of the last five Concacaf under-23 tournaments and won each time (including a shootout win in the 2000 final).

U.S. coach Jason Kreis said Honduras' Olympic success -- four years ago it lost to Nigeria in the bronze-medal game -- won't be a factor in how Sunday's game will play out.

"I don't think Honduras has any more experience or leverage in this situation because the teams that qualify for the Olympics every four years are completely different," he said. "It isn't like this Honduras team has been to the last three Olympics. This is a brand-new Honduras team trying to qualify for a brand-new Olympics, like our team."

The Honduran star in 2016 was Alberth Elis, who later spent four seasons with the Houston Dynamo in MLS and now plays in Portugal. The new Catracho star, 22-year-old Rigoberto Rivas, didn't arrive in Guadalajara from his Italian club, Serie B, Reggina, until Tuesday after the international window opened. He only played in the 1-1 tie with Canada, but Kreis was impressed with what he saw.

"It's another team that has some really nice attacking options," he said.

Kreis singled out the Catrachos' playmaker, Edwin Rodriguez, and his Olimpia teammate, Jose Reyes, a left-footed player who works on the right side.

"The fact they play with two forwards will give us something of a different look than what we have faced in the tournament so far," he said. "That means our back four will have to be connected and in tune with things. It's a dangerous team, a very good team, and I wouldn't have it any other way. We should have to beat a good and dangerous team to qualify for the Olympics."

Honduras will be without its captain, midfielder Kervin Arriaga, though. Kreis described Arriaga, who is suspended, as the "heart and soul" of the Honduran team. 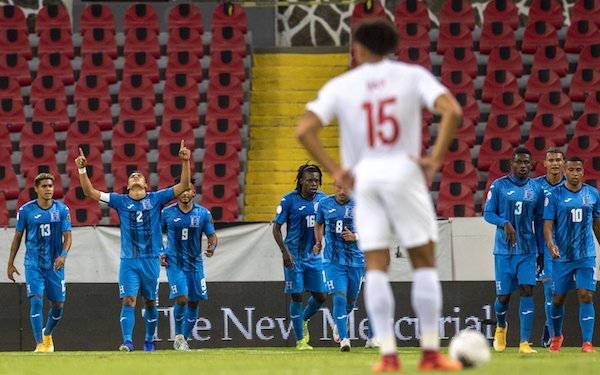 The USA has no one suspended for Sunday's game, though Hassani Dotson, who leads the USA with two goals scored in the 4-0 win over the Dominican Republic, suffered an ankle sprain against Mexico and is questionable to start, according to Kreis.

Before the tournament, the question mark about the USA was at center back, where Kreis brought three players, Justen Glad, who has yet to earn a cap for the senior national team despite trips to the last three January camps, and Mauricio Pineda and Henry Kessler, who  were rookies in MLS in 2020.

"I have been really pleased with all three," Kreis said, noting the nervy moments when they have lost focus and given the ball away in bad positions. "What they have done without the ball has been really positive with critical coverage of the outside backs and for each other, some really good tackles."