U.S. men out of Olympics. Again. 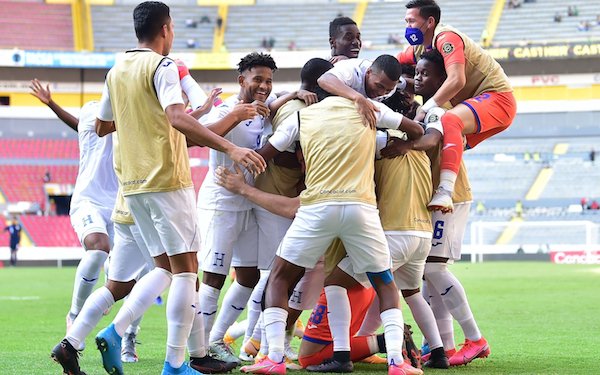 The average American soccer fan probably had never heard of David Ochoa until Sunday even though he was largely responsible for getting the USA past Costa Rica, 1-0, and into the Concacaf Men’s Olympic Qualifying semifinals.

By Sunday night, "Ochoa" was trending on Twitter after he gifted Honduras its second goal at the start of the second half with the worst blunder by a U.S. keeper since Kasey Keller played the ball off Mexican Carlos Hermosillo and into his own goal in their World Cup qualifier played in 1997.

That goal came all of 39 seconds into the match watched by 57,407 fans in Foxboro. Plenty of time for the USA to recover and earn a 2-2 tie en route to its third of seven straight appearances in the World Cup finals.

All that seems a distance memory for a men's national team program in mourning again.

Honduras beat the USA, 2-1, on Sunday in Guadalajara to earn a ticket to Tokyo. In one sense, the outcome was not surprising. The Catrachos have beaten the USA all five times they have met outside of group play in Olympic qualifying -- one win came in a shootout -- and they are headed to the Olympic men's soccer tournament for the fourth straight time.

The USA failed to qualify for the Olympics for the third straight time and fourth time in the last five tournaments. The last time the USA qualified, its star was Freddy Adu, who scored twice in a 3-0 win over Canada to advance to the 2008 Olympics in Beijing.

“Obviously, we’re devastated,” said U.S. coach Jason Kreis. “Absolutely devastated. In our locker room, the guys are like it’s a tragedy — a tragedy.” 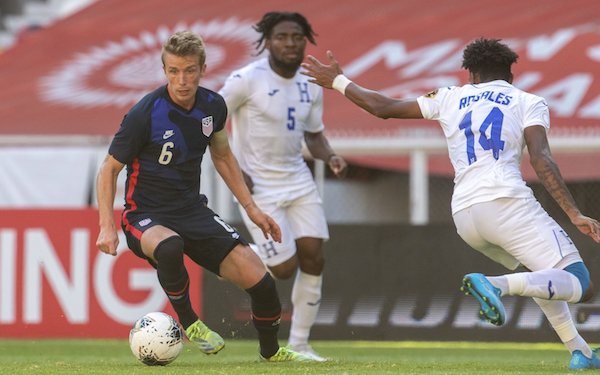 After the USA's failure to qualify for the 2018 World Cup, Sunday's debacle is another black mark for the men's program. More than that, it reflects an institutional failure of the sport.

To be sure, there were some extenuating circumstances, the most legitimate being the pandemic. The USA was already in Guadalajara in March 2020 when COVID-19 struck the sports world and forced the shutdown of Olympic qualifying before it started.

The team Kreis brought to Guadalajara a year ago much better than the team he had this year. Nine of the 20 players didn't return, including Reggie Cannon, Mark McKenzie and Brenden Aaronson, who moved to European clubs, and Richy Ledezma, Paxton Pomykal and Ulysses Llanez, who have all been injured (Llanez dropping out on the eve of the 2021 tournament).

But it should not matter that Cannon, McKenzie or Aaronson wouldn't be released, nor would Christian Pulisic, Tyler Adams or Weston McKennie ever be. The USA should not lose to Honduras in Olympic qualifying five times in the semifinal round or later and it should not have lost to this Honduras team. After all, this is part of the Honduran age group that lost to Norway, 12-0, at the 2019 Under-20 World Cup, conceding nine goals to Erling Haaland.

But Sunday's result was legitimate. Honduras was better prepared, it was more confident, and it had better soccer players with the ability to make game-changing decisions in difficult moments. The USA looked lost.

Since the opening day of the tournament, Kreis defended his players, saying he was scratching his head, wondering how they could make silly mistakes he's otherwise not seen them make. He didn't use the word, but they looked scared.

“We have players that aren’t moving," he said afterwards. "We have people on the ball that aren’t committing defenders to make decisions to open up spaces, we have guys that look like they just don’t really want the ball."

Since about 2016 when Pulisic debuted at Borussia Dortmund, it was known that an exceptional generation (by American standards) was coming up through the ranks, but they would likely be off limits for the Olympic effort.

Still, it wasn't until March 2019 -- three years after the USA was eliminated from the Rio Olympics -- that U.S. Soccer even hired a coach. It wasn't someone like Tab Ramos, who led the USA to the quarterfinals of three straight Under-20 World Cup and knew the age group as well as anyone.

Kreis, who had a lot of success with Real Salt Lake but failed at NYCFC and Orlando City, was hired, and the first under-23 games were scheduled to work on assembling an alternate team of under-23 talent.

The thing is, we all get so caught up in the success of players like Pulisic, Adams, McKennie and others in Europe that we forget they are the exceptions. If you scratch the surface, the layer of young American talent breaking through at MLS clubs remains quite thin.

It's wrong to dismiss the club backgrounds of the Hondurans, but players like Jose Reyes and Edwin Rodriguez from Olimpia have something the MLS players in Sunday's starting lineup lacked, and that's championship experience, league titles in 2019 and 2020 and success in the Concacaf Champions League, where they knocked off the Seattle Sounders and Montreal Impact in 2020.

On the other hand, just four U.S. starters have ever even started and won an MLS playoff game and none has ever gone to MLS Cup.

The four U.S. entrants in the 2021 Concacaf Champions League, which kicks off next week, should be considered the best of the best of MLS -- that's a stretch with Atlanta United, returning as the Open Cup representative -- but they generally started only 3-5 Americans and even fewer players with U-23 eligibility.

Philadelphia's two U-23s were McKenzie and Aaronson, who both were sold to clubs in Europe in January. Atlanta United had three -- Miles Robinson, George Bello and Brooks Lennon -- but it wouldn't release them, despite the place of its technical director, Carlos Bocanegra, on the federation board of directors. That leaves only Portland's Eryk Williamson and Jeremy Ebobisse, whom Kreis didn't take and who were both missed.

Kreis said he will second-guess his decisions -- whom he took and whom he didn't -- but he also added, "I just don’t think we had enough.”

Until that changes, the devastation and tragedy will continue.