Bill Taylor, U.S. Soccer's new vice president on his Maui soccer roots, getting up to speed at the federation and bringing futsal into elementary schools

Bill Taylor's path in soccer, which has led him to the vice presidency of U.S. Soccer, began in Maui. He started with AYSO at age 5, played for a German coach he remembers fondly, and got a taste of international competition. 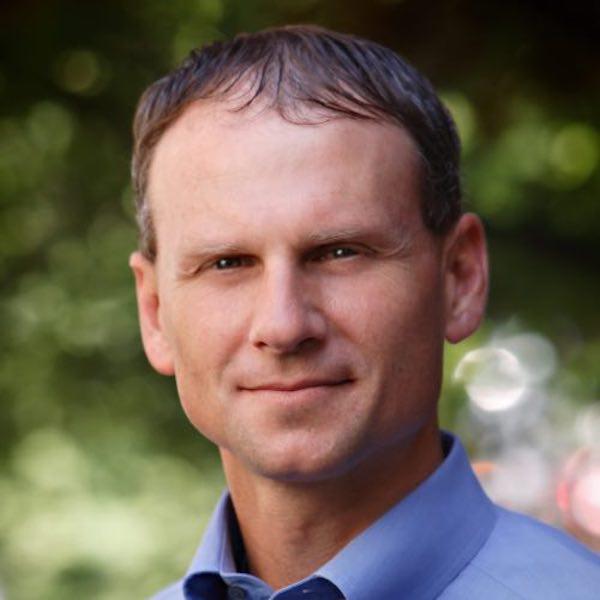 "When I was about 11, I started making the Maui select teams, and we would go to Oahu to play in the Rainbow Tournament," says Taylor, who was born in Maui in 1970. "We got to play teams from other parts of the world. From Germany, from Taiwan ... I was very lucky. I had good coaching. A retired German player who moved to Maui to work in construction was my coach. I can still hear his voice in the back of my head. His son was on my team. And in Hawaii, you can play year-round."

Taylor also played football and basketball, even though he was small for both. "I was very competitive," he said. "I hated losing, even if it was backgammon with my grandmother."

He especially excelled on the soccer field, and enjoyed getting his name in the newspaper for all the goals he scored. 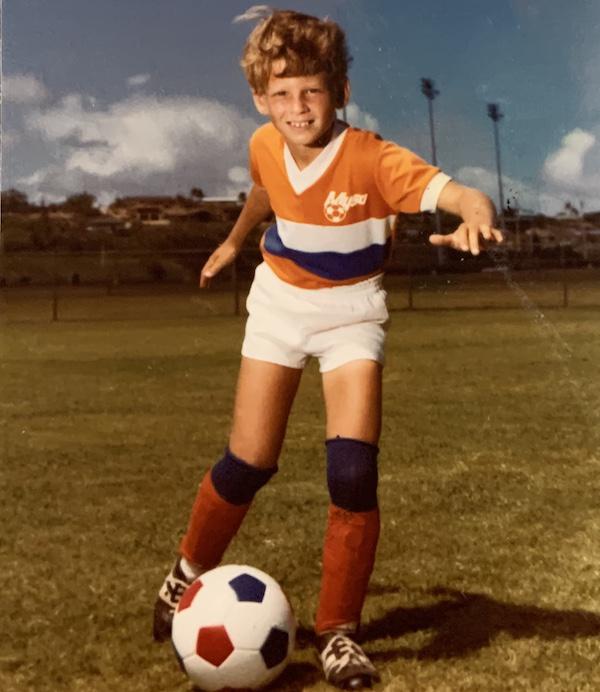 Bill Taylor on AYSO picture day at age 8 in Maui.

"I think my passion for soccer grew out of the success I was having and those trips to another island to play international teams," Taylor said. "My parents didn't have a sports background. My father was raised in the Great Depression. He lost his father when he was about 12. So he grew up not playing sports."

It had been Taylor's father, William Taylor, launching a custom home construction company in Maui after a stint as Mayor of North Las Vegas that brought the family to Hawaii.

"My father's story is a lot more interesting than mine," says Taylor.

William Taylor, who died in 2011 at age 94, was working for an Idaho steel company on Wake Island (about 2,000 miles west of Hawaii) at the time of Pearl Harbor and despite being a civilian was taken by Japanese forces and imprisoned in an internment camp in a part of Japan-occupied China. He wrote about the experience, which included a 1,500-mile walk across China to safety in his 2007 book, “Rescued by Mao: World War II, Wake Island, and My Remarkable Escape to Freedom Across Mainland China.” 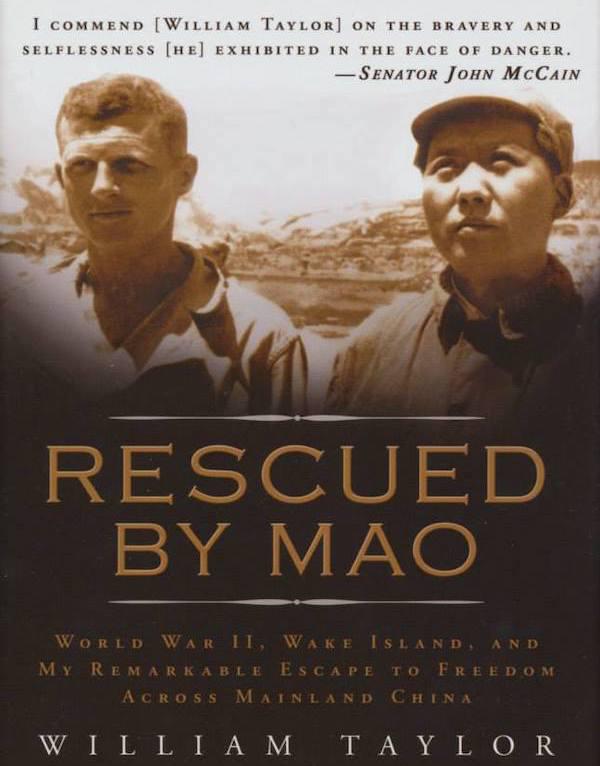 When Bill was 14, his father William retired from the Maui construction business, whose work included houses for the likes of Carol Burnett, and the family moved to Utah, where Bill played high school ball and club soccer, for Sparta. He entered BYU on a music scholarship, earned a business finance degree, and then attended medical school at Duke. Taylor, now a neuroradiologist, moved to Idaho in 2004, and up until being elected U.S. Soccer vice president served as Idaho Youth Soccer president, a position he held since 2010.

Taylor started coaching with the Boise Nationals (now the Boise Timbers) when his oldest son, Billy, was 11 years old. He also coached his daughter Kara as well as his youngest son, Cameron. Taylor has been coaching club for the last 16 years and over the last six years has been the head coach for the Rocky Mountain High School varsity boys team. In June, Taylor and his wife, Kim, opened their home to a 16-year-old refugee, Lieven Ivanza, from Congo who plays on his high school team. Taylor plans on continuing to coach at Rocky Mountain High until Lieven graduates.

Taylor plays on a men's team that competes annually at a Las Vegas tournament it's won three times in the last 15 years, and plays along when he coaches his U-17 boys.

"The passion for everything I do comes from my coaching," says Taylor, who is a USSF A-licensed coach. "I'm fully vested in the coaching side that drives the political side. I didn't have a grand plan to become vice president, but there were several factors that gave me the impetus to run."

Among them was the experience he had after U.S. Youth Soccer chair Pete Zopfi appointed Taylor the chair of its Organizational Growth Committee.

"I'd decided to try something different," Taylor said. "I incorporated various organizational members outside of U.S. Youth Soccer on one committee to see if we can push the dial a little bit harder. I reached out and we brought in several members of the Athletes Council. We brought in private business leaders. We brought in MLS leadership, Fred Lipka and Gordon Bengtson. We had several U.S. Youth Soccer state leaders as well as executive directors on the committee. We had Skye Eddy Bruce from the parenting side of things. We had Mark Botterill, the CEO of Bownet. It gave us a pretty broad spectrum."

Taylor's committee created a data analysis project -- the GRIP Project (Growth and Retention Initiative Project) -- that uses USYS data and census data to help clubs and state associations target underserved areas that were not being served. And during his work, U.S. Youth Soccer forged partnerships with the NWSL Players Association (focused on providing opportunities for pro players to reconnect with the youth communities they came from); MLS (to create a scouting, player identification model); and the Girls Academy, which launched in the wake of U.S. Soccer ending the Development Academy.

"What we did, with a lot of heavy lifting, opened my eyes to what we could accomplish with an innovative approach," Taylor said. "Before that, I didn't think I had the resume for VP of the federation. Now I felt that I could actually have an impact at the federation level, work across the membership organizations, and bring us together rather than being in a silo."

Taylor is less than two months into his U.S. Soccer vice presidency.

"Right now, it's about getting to know the members of the board better, getting to know the staff," he says. "I'm in the onboarding process to learn and get up to speed on the various difficulties the federation's going through right now. There are a lot of short-term roadblocks to our progression to work through -- from creating new bylaws to our financial situation coming out of the pandemic. [President] Cindy [Parlow Cone] has been great to work with and I'm confident our working relationship will be good and we can move the dial forward." 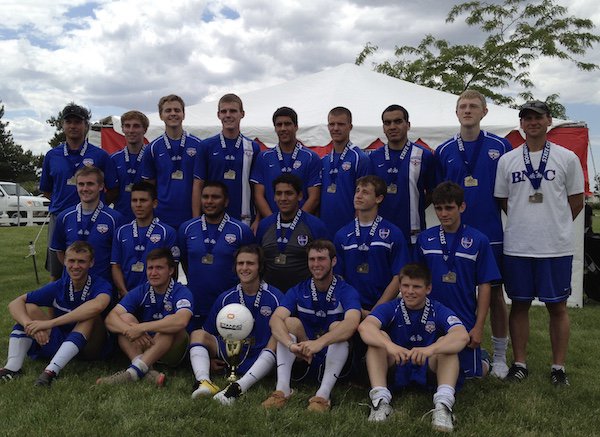 Taylor arrives as U.S. Soccer grapples with the impasse sparked by the U.S. government-mandated increase in Athletes Council voting power, which has created a filibuster-like effect as the youth, adult and pro factions vie for influence on the federation's direction. He believes it could take a while before the battle over new bylaws is resolved, but he's eager to embark on projects dear to his heart. That includes boosting soccer in schools.

"The last project we added to the Organizational Growth Committee before I ran for the election was called Soccer in School and I'm going to bring this to the federation level," he said. "It's the one thing that as I've talked to every member organization -- whether it's U.S. Club, AYSO, U.S. Youth Soccer, the professional organizations -- they want to be a part of it. It's something we can all agree this is the right thing to do."

A pilot program in Indiana met Taylor's expectations and was well received by schools and P.E. teachers.

"It's basically working with school districts," he said. "You're not worrying about registering the kids. You're just throwing a broad net. You're introducing kids to the game of futsal. You teach PE teachers, you give them curriculum, you certify PE teachers, who all need continuing education credits [CECs] -- so it works really well for them, especially when you can provide that at no cost. It's perfect for kindergarteners, who obviously can't play football and don't have the motor skills for many other sports."

In exchange for cost-free CECs, P.E. teachers agree to include futsal in their curriculum. They quickly appreciate the benefits and convenience of futsal on the school grounds. The low-bounce balls don't fly over fences or to the tops of roofs. There's hardly any instruction required.

"You roll a ball out for them," said Taylor. "The initial pilot study, just prior to the pandemic hitting, was very successful and had been getting great feedback. You give them balls, inexpensive futsal nets, some pennies and cones. We've got the price point down to about 18 cents a player. In a perfect world, you could roll this out across the entire country and be looking at only costing somewhere around $4 million.

"It's a crazy small investment for a massive net that you would throw across the whole country. It would be a game-changer for us as sport."

6 comments about "Bill Taylor, U.S. Soccer's new vice president on his Maui soccer roots, getting up to speed at the federation and bringing futsal into elementary schools".
Read more comments >
Next story loading