Thank you, Emil Cohill. In memory of a wonderful human being and one of soccer's very best servants. 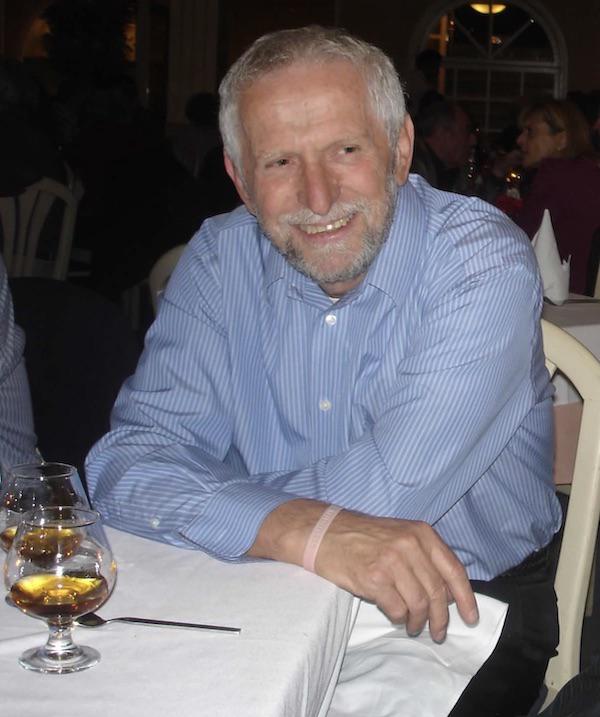 This must genuinely be a case of less meaning more. Emil Cohill has died, age 82. The longtime secretary (for over 40 years, would you believe that?) of the Cosmopolitan Junior Soccer League. That doesn’t sound too grand does it? Maybe so, because the title matters not. But Emil did matter.

He mattered to so many people. He mattered to me. As a personal friend, and as a soccer inspiration. I defy you to find anyone with a bad word to say about Emil. A quiet, immensely likable man who worked hard and long on his soccer duties.

Those 40 years with the CJSL were unpaid, volunteer work. I feel a little guilty mentioning that because Emil never did. He never sought acclaim or publicity, he never ... well, enough, the list of his self-effacing talents stretches on, but I said this would be about less meaning more.

Really, only two words are necessary to say good bye to Emil: Thank you. Then again, that’s not enough. I don’t want to make Emil sound like a saint. Saints are, to me, rather boring. Emil was never that. For a start, he knew his soccer and could converse intelligently and convincingly about the sport. Not noisily, not boastfully, but well, humanly.

There’s the key word. Emil was an amazingly human being. Not that he made a public show of being humble, this was not the cloying ‘umbleness of Uriah Heep, but the genuine mark of a man who didn’t seek, didn’t even know how to seek, praise.

What Emil did know was how to get along with everyone. Above all, there was his sense of humor, which appealed to me at once. I spent many hours with Emil at the winter indoor tournaments that he organized for the CJSL. He had a sackful of anecdotes to relate, but none of them had a villain. If they did, it was likely to be Emil himself.

From his refereeing of boys games, there was a stream of anecdotes -- and all of them, all of them -- reflected Emil’s concern for, and understanding of, the youngsters he was dealing with.

In time, we built up our own list of shared experiences. Just one example: Indoor tournaments put you a lot closer to the players and coaches -- you get to hear a lot. On this occasion, right in front of us, a deranged coach was hectoring one of his own players -- while the game was in progress. The ball was passed to the player, who -- trying to pay attention to the coach’s onslaught -- let it bounce away. The opposing team ran off with the ball. The exasperated coach, surely by now aware that he was distracting his player, yelled louder -- “Don’t look at me when I’m talking to you!”

I directed a smile at Emil. He was already smiling at me. We never forgot that moment. Later we would use the phrase “Don’t look at me ...” whenever we felt we were taking ourselves too seriously.

I have lost a unique friend, soccer has lost one of its truest servants -- the most genuine one I’ve ever come across -- and all of us, this conglomeration we call humanity, has lost one of its best, a quiet human being with so many of the desirable qualities and so few, if any, of the objectionable ones.

RIP Emil, wherever you are, and thank you, thanks for so much. Smile on my friend. You are not forgotten. How could you be? But please Emil, “Don’t look at me ...”

Paul Gardner wanted us to arrive early to the youth soccer tournament at the City College of New York, to help Emil set up. Emil, said Paul, usually gets everything ready single-handedly. Lining the field with sports tape on the gym floor, for example. I don't recall if we got there in time to help. This was in the early 1990s and memory doesn't serve me well on all the details. But for sure I remember meeting Emil and enjoying his company during a day of soccer.

I thought we'd be watching from the bleachers, but instead, Paul and I flanked Emil at the scorekeeper's table, where Emil, a hand-held air horn within reach, kept time. We watched impressive soccer from pre-teen New Yorkers, commenting on the play, finding jokes in this and that. The kids had fun and so did we.

Then it dawned on me that the game was going on for quite a long time. I asked Emil, "How long are these games?" He shot a glance at his stopwatch, and said, "Oops" -- then blasted the horn, many minutes after "regulation time" ended.

I was fortunate to see Emil on almost all my New York visits since. In 2017, I went to Highland Park in Queens to do an article on Ben Boehm and Blau-Weiss Gottschee. A younger coach was standing next to Emil when I approached to chat. I mentioned the story about Emil neglecting the stopwatch. The young man chuckled and said, "I've seen him do that when he referees."

Turns out, Emil was known to let the play go longer when the soccer was good and the kids were having fun. Such fun is more likely to happen when the adult in charge is also enjoying himself. Emil guaranteed it.

youth
6 comments about "Thank you, Emil Cohill. In memory of a wonderful human being and one of soccer's very best servants.".
Read more comments >
Next story loading