Ref's View: How many games are too many?

Soccer Americans might find it ironic that I am writing about how many games are too many although I have officiated thousands of games. Yet a reason for my longevity is I’m very much more tortoise than hare and accepted assignments where I could thrive rather than simply survive. 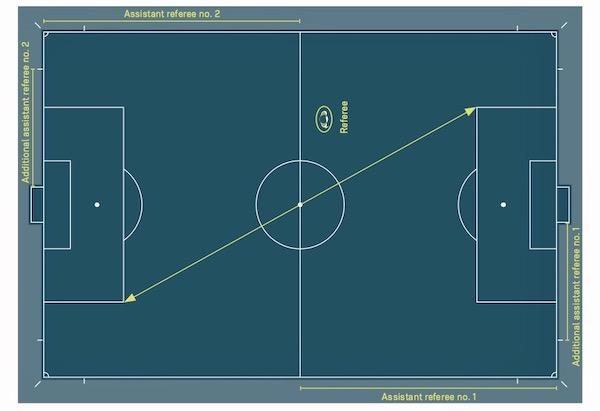 I am now 58 years old but a decade ago I was starting to get many more injuries because I was being assigned too many games, combined with the fact that I was getting older. Yes, I pace myself but refuse to pace myself so much that I am continuously out of position. It benefits nobody if I am tired or out of position while officiating.

So I limited my time availability on referee assignment websites such as Arbiter and Game Officials and the 8-10 games I was being assigned on some weekends became a more manageable 5-6. It feels good to wake up on Monday mornings and not be in any pain whatsoever!

The two main criticisms that I hear about youth soccer refs is they are mean (small-sided games) and they are out of position (regulation fields). It could very well be that being assigned fewer games is the answer as they would be closer to play on larger fields and maybe they are being perceived as mean because they are in a foul mood over being assigned too many games.

There are those who point out that the more games referees do, the more they are paid. True, but the refs who take on more and more assignments and officiate all day from the kickoff circle are not going to advance or be recruited by other groups and others will not want to officiate with them.

I find that 180 minutes of officiating on any given day is the limit for me in being an effective ref. After that number of minutes, my ability starts to decline. (180 minutes is two Under-19 games or three Under-12 games and my figure includes being a ref or assistant referee.) This number of games has been my limit for being at my best, today, and when I was much younger.

Yes, I have officiated more than 180 minutes many times in emergency situations. And I realize that given the soccer ref shortage throughout the United States, if assignors limit all their officials to 180 minutes on Saturdays and 180 minutes on Sundays, some games will go uncovered.

But through more marketing of referee certification clinics, mentoring programs for new officials, league sportsmanship programs, harsh penalties for those who misbehave and suitable payment for refs, we can end our referee shortage. But it will take a village in all of us, including referee associations and leagues working together, to have enough qualified and effective officials for every game.

Verbal abuse by parents is the No. 1 reason why we lose most refs in their first two years of officiating. When you yell at a ref, you could be contributing to our referee shortage.

referees
8 comments about "Ref's View: How many games are too many?".
Read more comments >
Next story loading