The San Jose Earthquakes have signed a 10-year agreement with PayPal, the digital payment company, for naming rights to their stadium, now known as PayPal Park.

The Quakes opened their stadium next to Mineta San Jose International Airport in 2015. The stadium's original name was Avaya Stadium. That deal collapsed when Avaya, a tech communications company, filed for bankruptcy protection in 2017.  Under a new agreement, the stadium remained Avaya Stadium through the 2019 MLS season.

PayPal, headquartered in San Jose, and the Quakes will feature 250-seat reserved section at PayPal Park that will host underserved members of the San Jose community, providing them with complimentary tickets and transportation to and from home matches.

“PayPal is deeply committed to San Jose, and we are excited to partner with the San Jose Earthquakes to introduce PayPal Park to our passionate Quakes community and local small businesses,” said Dan Schulman, PayPal's president and CEO. “This is a unique opportunity to partner with a valued sporting brand and strong community of fans, as we draw on our digital payments technology and work together to redefine the future of live event experiences.” 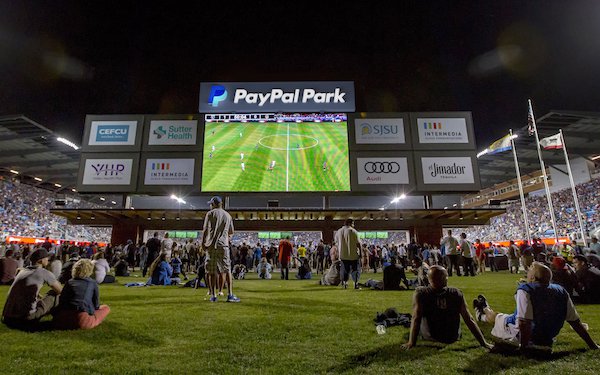 Elevate Sports Ventures represented the Quakes in the negotiations for the partnership.