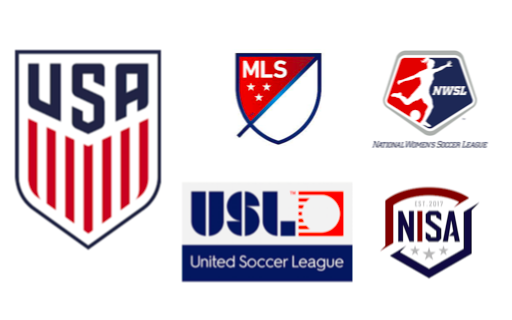 The new rule. Teams will be able to make two concussion substitutes to replace players with head injuries, regardless of the number of substitutions already used. (Teams are currently allowed to make five substitutes during a maximum of three different breaks in play in addition to moves at halftime, or between regulation and overtime and the two overtime periods during playoff games that go to overtime.)

(Since teams are generally allowed to dress a maximum of 18 players -- including two goalkeepers -- they would have to bring on the backup goalkeeper if they wanted to use the seventh subsitute regardless of whether one of the injured players was the starting goalkeeper.)

IFAB measure. In December, the International Football Association Board approved trials for concussion substitutions to begin in 2021 to encourage teams to replace a player suspected of suffering a concussion without suffering a disadvantage.

Other U.S. trials. The new concussion substitution rule was used by U.S. Soccer for the first time during the 2021 SheBelieves Cup in February.

Other trials. England, the Netherlands, Portugal and Japan also received permission to conduct trials. They have been used in the Premier League and FA Cup and Women’s Super League and Women’s Championship.

That view was reiterated in the aftermath of an incident involving Sheffield United defender George Baldock at Leeds United on Saturday.

Baldock suffered a head injury, was assesssed on the sideline, sent back into the game but replaced by Ethan Ampadu five minutes later as halftime hit with what his manager Paul Heckingbottom later described as “blurred vision."