I was the bazillionth journalist to write about Pele. But I was the first to interview Kasey Keller. 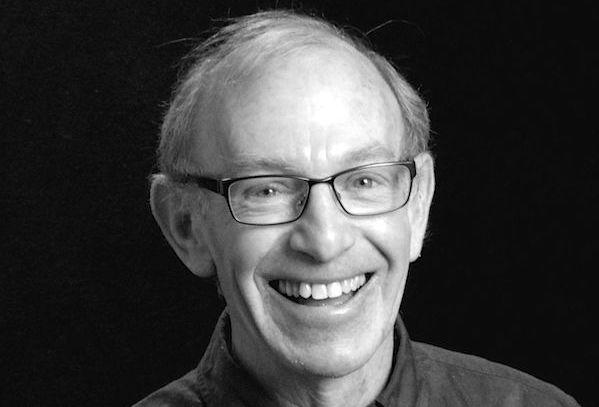 That sums up my association with Soccer America. It does not span all 50 years of this remarkable publication’s history. But it comes pretty damn close.

I was fortunate to grow up in the suburban soccer hotbed of Westport, Connecticut. My friends and I played the game in the 1960s and early ‘70s, when it was still unknown in large swaths of the country.

I did not star on my Staples High School team. That was no shame: 10 of our 11 starters became college captains. I was not good enough to play at Brown University, but that was no shame either: They were a perennial national powerhouse.

So I turned to my other passion: writing. I covered the team for the school newspaper. I traveled around the country with them. I met wonderful people, and saw memorable matches. I was hooked.

I became a freelance writer. I wrote about a variety of subjects, for many publications. But soccer was starting to boom. I was in the right place, at the right time.

A month after I graduated from college, Pele joined the Cosmos. A former high school teammate was the club’s communications director. I had plenty of access, and tons of stories.

I had a bunch of clips from the mainstream press, and the NASL’s own “Kick” magazine. But I wanted to write for the best, and truest, publication: Soccer America. It was to me the New York Times of that world. (And hey, I’d already had a couple of pieces in the Times.)

I wrote Lynn Berling-Manuel, the editor. I said I’d be in California soon; could we meet? She wrote back (these were the letter-writing days) saying “sure!”

Whatever I expected of the office, it was not that. The nation’s premier soccer newspaper was housed in a hard-to-find Berkeley building, near an auto supply store. It was not the New York Times.

And whatever I expected of Lynn, she was not that. She was as outgoing as the office was unassuming. We chatted for an hour. Other writers -- all soccer fanatics -- wandered in and out. We talked about the game, story ideas, life.

That was the start of a relationship -- with Lynn, and longtime staff members like Mike Woitalla and Paul Kennedy -- that has enriched my life.

With their encouragement, I wrote about many things. I had started my own Youth Soccer Letter (I was also a youth and high school coach), and it became a part of the magazine. 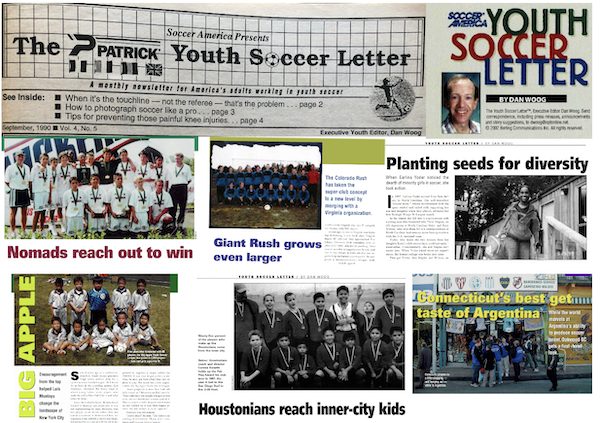 I wrote about up-and-coming stars like Kasey Keller and Yael Averbuch. Ethics. College recruiting. Burnout. The rise of soccer in unlikely places, from Alabama to Hawaii.

The best part of all was the Soccer America crew. I have never been around people who loved what they do more than this group. Helping staff their booth at National Soccer Coaches Association of America conventions was eye-opening. Lynn, Paul, Mike -- and of course, Paul Gardner -- stood for hours. Readers offered compliments and story ideas. They complained: too much of this, not enough of that. The relationship between the people who put out the publication, and those who waited eagerly for it, was strong and deep.

At those conventions, I got to know Clay Berling well. I heard the “origin story” -- how he discovered Oakland Clippers NASL soccer while working as an insurance agent, looking for inexpensive entertainment for his six kids, then created a “Soccer West” magazine -- often. But each time, and in every other interaction with Clay, I was inspired anew. Without him, there would be no Soccer America. Without Soccer America, and its devoted yet impartial coverage of the game at all levels, American soccer may not have grown the way it has.

I can’t talk about Soccer America without mentioning one of the most memorable trips of my life. In the late 1980s, I joined Lynn and Paul Gardner at the first Pele Cup in Brazil. It turned out to be the only Pele Cup, and our journey there -- a planned nine-hour flight to Sao Paulo turned into a two-day odyssey through Orlando, Miami, Jamaica and Manaus -- is only part of the reason.

Sharing two weeks with two of the most intriguing soccer people I’ve known -- and visiting both Pele’s home in Santos, and the Belo Horizonte site of our astonishing 1950 World Cup victory over England, with two members of that U.S. team, and one from England -- solidified my belief that soccer is indeed the world’s game.

As the publishing industry contracted, Soccer America reinvented itself. The move to digital meant belt-tightening; freelancers were out. That was OK; by then I was the boys varsity coach at my alma mater, Staples High. I had many other writing projects. My only association with Soccer America was reading it avidly online.

But last spring, during the pandemic, Mike Woitalla called. They were expanding their coverage; would I be interested in covering some stories?

The timing was perfect. I wrote about coaching during COVID, the sudden demise of the Development Academy, and the creation of MLS Next and the Girls Academy. I interviewed college coaches whose programs were threatened. It was just like old times, updated for the 2020s.

Much has changed since the 1970s, ‘80s and ‘90s of course. It’s so much easier to research an idea, arrange and conduct an interview, and send in the story. My piece appears hours -- not days or weeks -- after it’s written. Readers comment instantly, online and privately.

The Berkeley office is long gone. Lynn Berling-Manuel is no longer in charge; as CEO of United Soccer Coaches (the former NSCAA), she helped make that venerable organization into the premier coaching group in the country.

But Paul and Mike are still there. Working from home in the Bay Area, they write, edit and produce an astonishing array of soccer news seven days a week, for readers who devour it.

Some subjects have changed. There are new women’s leagues, different European competitions, and VAR.

Others have not. There are still shenanigans at FIFA, political intrigue at U.S. Soccer, questions about when the U.S. men will take their place on the international stage.

For 50 years, Soccer America has reported on all that and more. For nearly 50 years, I’ve been proud to do my small part.

Mike Woitalla, Paul Kennedy, Paul Gardner and I won’t be here for the next 50. But soccer will be. I’m betting Soccer America will be too.

youth
6 comments about "My rewarding relationship with Soccer America and reflections on its first 50 years".
Read more comments >
Next story loading