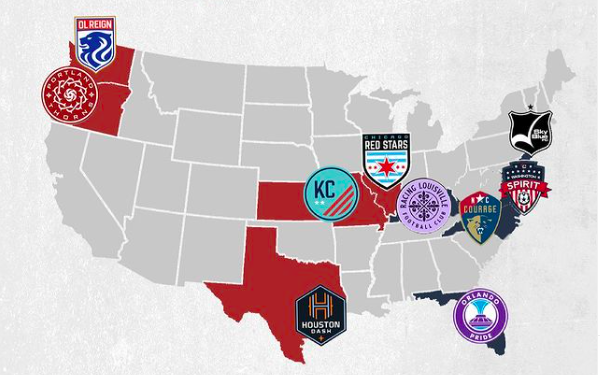 The NWSL was the first U.S. pro league to return to action last summer, and the Challenge Cup was such a success that it returns as the 2021 season curtain-raiser.

The big difference is all games will be played in home markets -- and fans will allowed to attend games in most stadiums, based on the capacity limits set by local health authorities.

1. Format. Each team will play four matches, two at home and two on the road, all slated to be played in home markets. After the 20 matches, the two division winners will meet on May 8 in the final (venue to be determined).

3. Schedule. The Challenge Cup will be played over five matchdays: April 9-10, April 14-16, April 20-21, April 26-27 and May 1-3. Since each division has five teams and there is no crossover play until the final, one team in each division will be idle each matchday. All but five group matches will be played on weeknights. 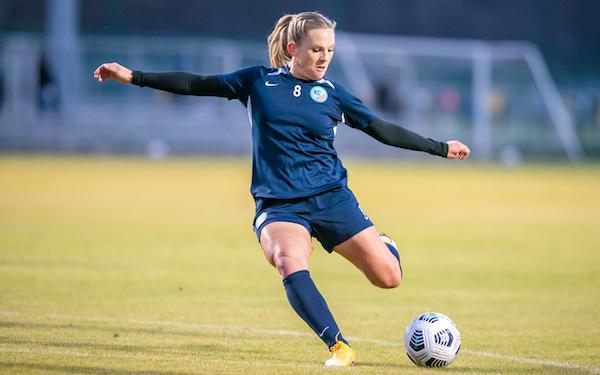 5. Stadiums. The only team that won't play at its regular home in the Challenge Cup is NJ/NY Gotham FC (former Sky Blue FC), which will open at Montclair State before moving into Red Bull Arena on a full-time basis when the regular season begins in May. Washington, which will play at both Audi Field (home of MLS's D.C. United) and Segra Field (home of the USL's Loudoun United) during the regular season, moved its two games from Segra Field to Audi Field.

6. Fans in the stands. What will be different about the 2021 Challenge Cup is that fans will be in the stands. The 2020 competition was played entirely in Utah without fans. The Houston Dash will open Friday against the Chicago Stars in a rematch of the 2020 final at BBVA Stadium, which will be open at 30 percent capacity (about 6,500 fans) for fans. The Oregon Health Authority has allowed the Portland Thorns, who face Kansas City Friday night, to open with up to 6,300 fans at Providence Park (25 percent of capacity). The only team that will allow no fans for both Challenge Cup games is Chicago.

7. USWNT availability. The Challenge Cup opens in the middle of FIFA's April window for women's soccer so 18 players on the U.S. national team in Europe for matches against Sweden and France are unavailable for this weekend's games. The Challenge Cup's second matchday begins the day after the USA-France game in Le Havre so U.S. players will likely be unavailable next week as well.

9. Imports. There were no big-name imports in the offseason. Indeed, the depth of foreign talent in the NWSL is probably the lowest since its first season in 2013. But Portland is expecting big things from versatile defender Natalia Kuikka, who has 55 caps for Finland but will be available against Kansas City on Friday night. Midfielder Sodam Lee, who represented South Korea at the last two World Cups, signed with Gotham FC. OL Reign signed Brazilian youth international Angelina from Palmeiras.

10. Television. The Houston-Chicago opener and three additional games will air on CBS Sports Network, while CBS will broadcast the final, which will also be streamed on Paramount+. Every other game will stream exclusively on Paramount+ in the United States. JP Dellacamera and Aly Wagner will call the opening game and final. Jenn Hildreth and analyst Lori Lindsey will work the other three CBS Sports Network games. Mike Watts will lead Paramount+ coverage.