For Tyler Boyd, the past 12 months have indeed been rocky but after fighting through some serious difficulties, he finds himself on an upward swing at a time when he badly needed it. 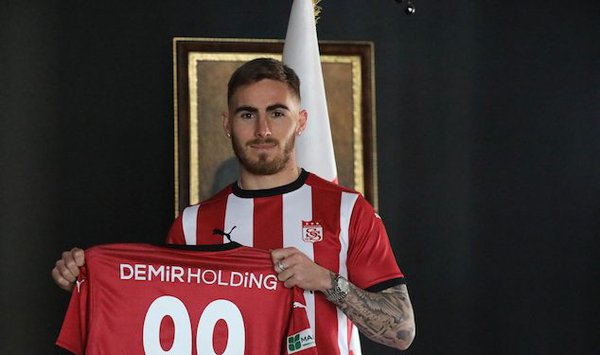 Like all on the planet, Boyd had his life disrupted 13th months ago because of the COVID pandemic. The summer before in 2019, he had completed a transfer from Portugal's Vitoria Guimaraes to Besiktas -- one of the biggest clubs in Turkey. He had earned the transfer while impressing on loan from Vitoria Guimaraes to Ankaragucu in Turkey’s top flight.

At Ankaragucu, he was fantastic, scoring six goals plus four assists in just 1,235 minutes for his half-season loan. In the end, he was responsible for helping the club avoid a relegation fight. It was there where he gained the attention of both Besiktas and the U.S. national team.

After his COVID-19 interrupted season in 2019-20, Boyd looked to be a starter for Besiktas. He scored in the team’s first game. But it was after he went without scoring for a few games that Besitkas had to set its roster at the close of the transfer window. At the time, the Super Lig had a cap of 14 foreign players per roster and Besiktas had an excess of non-Turkish players. Boyd was not named to the roster and was sidelined until January.

To make matters worse, the team did not inform Boyd of decision to drop him from the active roster until after the transfer windows closed throughout Europe. Therefore, he was unable to seek a move elsewhere.

"I'm not too happy with it," U.S. coach Gregg Berhalter said at the time. "I've spoken to [Boyd], and how the communication has gone is not great for a player to find that out that late, when the transfer window in Europe is closed. ... It comes out of the blue. It's surprising. Normally you'd expect the player, if that happened to him, he wouldn't be playing at all and the writing is on the wall. But this was unexpected."

From October through January, Boyd was ineligible to play and could only train with Besiktas. When the Super Lig expanded the foreign roster limit to 16 and activated Boyd in January, he still was able to move on – this time with a loan to Sivasspor in Turkey.

The loan has been remarkably successful. Boyd has five goals in his last 358 minutes and has returned to being a highly effective and explosive winger in the Super Lig. He is essentially playing at the level he was at while with Ankaragucu. Whether it be simply getting away from the big Istanbul clubs or just being at a better fit with Sivasspor, Boyd returned to top of his game.

While he has the reputation of being streaking dating back to struggles with Vitoria Guimaraes and Besitkas despite impressive runs on loan with Tondela, Ankaragucu, and now Sivasspor, he is peaking at the right time for many reasons.

First, he is only at Sivasspor on loan right now. A typical mid-standings club that currently sits in ninth place in the Super Lig, it is questionable whether it has the resources to meet whatever demands Besiktas would have. While Boyd is only rarely conducting interviews at the moment and making his feelings known, it seems unlikely that he would want to return to Besiktas after the decisions the club took with him last fall. Boyd is essentially playing this season to earn suitors and make a move right now.

As he gets hot now, the higher his value becomes and the chances increase that he will find a higher caliber club. He's had a pair of two-goal games in his last three appearances scored and on Sunday Sivasspor will host 11th place Konyaspor. 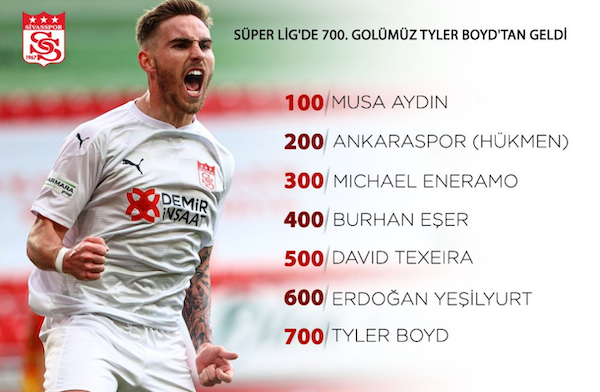 While Boyd’s recent surge is good news for both Sivasspor and his future club prospects, it also comes at a great time for Berhalter and the United States national team. In 2019, Boyd was the first major dual national to opt for the United States under Berhalter’s tenure. Boyd was born in New Zealand to an American mother but quickly moved to Santa Ynez, California, when he was just a few months old. It was there he developed a love for the sport of soccer -- attending LA Galaxy games at the Rose Bowl and serving as a ballboy for the UC Santa Barbara Gauchos men's soccer team.

“My first inspiration was actually UCSB because they did soccer camps where I lived and I used to be the ball boy at their games,” Boyd recalled. “And then it developed into L.A. Galaxy. And they were my team growing up until I left to New Zealand. That was my inspiration as a young kid. David Beckham was another big inspiration for me and he ended up heading to the Galaxy later on in his career.”

At age 10, he returned to New Zealand, where he signed his first professional soccer contract with the A-League’s Wellington Phoenix and also decided to represent New Zealand at the youth national team levels.

Upon breaking out with Anakragucu, he was contacted by Berhalter and opted to switch his national team affiliation. He eventually made the United States Gold Cup team in 2019 and scored twice in a 4-0 win over Guyana.

Boyd continued to play with the USA through the fall in the Nations League but when the national team returned to the field after a 12-month gap due to COVID-19, Boyd was frozen out of the lineup with Besiktas. Heading into the summer, however, Boyd is making a very strong case to return to the team, at a time when he is needed.

The national team wing positions have taken hits in recent months. Jordan Morris will likely miss the rest of 2021 due to an ACL tear. Paul Arriola missed most of 2020 and is injured for likely two months to start the 2021 season. Uly Llanez has faded after a brutal season on loan in the Netherlands and missed the Olympic qualifiers with an injury. Konrad de la Fuente is mostly with Barcelona B. Tim Weah, Brenden Aaronson, Gio Reyna, and Yunus Musah all play wing but are primarily used at other positions. Christian Pulisic is probably the best American player in the game but he’s struggled to stay healthy.

With all the ongoing issues with national team wingers, Boyd’s return could have him playing a much bigger role with the team than previously expected.