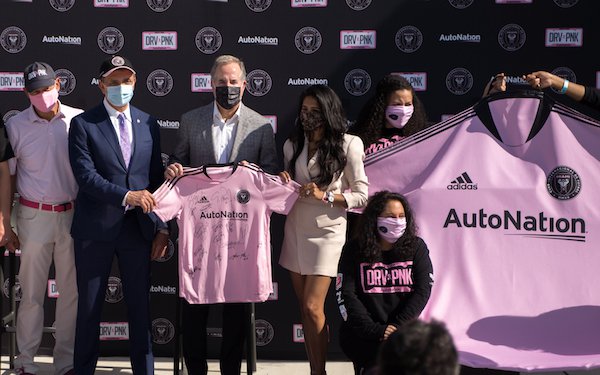 AutoNation will be be Inter Miami's official and exclusive automotive partner of Inter Miami. The agreement includes naming rights to Inter Miami's Fort Lauderdale stadium and branding on the first-team training uniforms. Since making its MLS debut, Inter Miami has not had a game jersey sponsor.

The stadium name will be DRV PNK Stadium in support of AutoNation’s DRV PNK initiative that has raised over $26 million in the fight against cancer.

Inter Miami will open the MLS season April 18 at home against the LA Galaxy. The match is sold out at the limited capacity of 8,000. Fort Lauderdale CF, Inter Miami's second team, will kick the 2021 USL League Two season at DRV PNK Stadium on Saturday against New England Revolution II.