Portugal is a small nation. But on the global soccer scene, it punches way above its weight. Meanwhile the United States -- with 30 times as many people -- still struggles to find its place on the world men's stage. 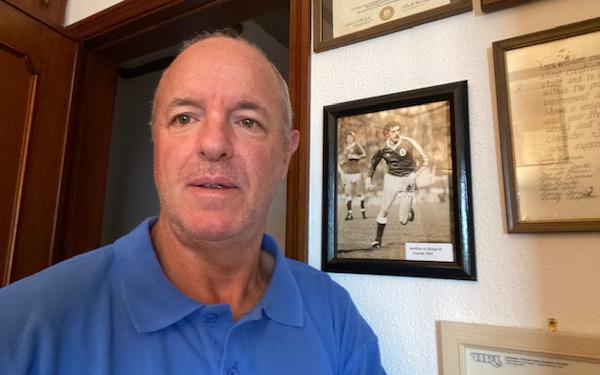 David Caetano has spent the past few decades observing differences between the two countries. A star at Danbury (Connecticut) High School and the University of Rhode Island, he was a first-round draft pick of the New York Cosmos in 1982. They did not sign him. Instead he headed to his parents’ native country to play with Benfica (under coach Sven Goran Eriksson) and Maritimo.

Caetano returned to the USA for stints with AISA and ASL teams, but spent the past 16 years in Europe. He’s watched all aspects of the game – particularly youth development – with a keen eye.

For many years, he says, U.S. Soccer’s philosophy was to select players who passed, played safely and defended well. “That doesn’t get teams very far,” he notes. What’s lacking is creativity.

In the past few years, Caetano says, “very technical” American players have become more creative. Playing in Europe has helped. Men’s national team coach Gregg Berhalter has implemented “a winning style of play that is appropriate to help teams get better.” Yet player development begins much earlier.

Though U.S. coaches are well-organized -- and, says Caetano, probably earn higher education degrees than their Portuguese counterparts -- most high-level soccer coaching education in Portugal is done by active coaches and/or former professionals. These include coaches from the Benfica, Sporting and Porto academies. Caetano calls their wealth of knowledge “amazing.”

In Portugal, young players join clubs at around 5 years old. When they reach 12 or 13 at top-level clubs, they do not pay to play. Academy players live on a campus. Academies aim to balance instruction (allowing both skill and creativity to flourish) with pressure (preparing players to succeed despite many distractions and demands).

Academy players work with tutors for school, and sports psychologists for mentality. They watch and are inspired by older professionals on their club teams. They learn professional habits, on and off the field. They are immersed in a culture in which soccer is a main topic of conversation.

“Mental fitness” is as important as physical fitness, Caetano believes. Much of that comes from playing in a cauldron of competition. When U.S. teams reach the quarterfinals of a Youth World Cup, he says, the emotional rollercoaster of winning, losing and mentally preparing for the next match takes a toll. That leads to mistakes, leading to further demoralization. The high level of competition in Europe -- and living in an environment in which soccer competition is constantly stressed -- prepares young players to be mentally fit, Caetano says.

Players like Luis Figo and Cristiano Ronaldo grew up in that environment. They were also pushed to balance technical ability with creativity. Caetano was fortunate to play for youth coach Al Diniz and state coach Bob Dikranian, who encouraged freedom of expression. He says that is too rare here.

He also believes U.S. Soccer made a mistake in 2011 by hiring Jürgen Klinsmann rather than Carlos Queiroz to lead the men’s national team. Quieroz had achieved great success on the developmental level, coaching Portugal’s U-20 squad to two FIFA U-20 World Cup titles. Caetano saw Queiroz in action, and was impressed with his demeanor as both a coach and a teacher.

Queiroz was no stranger to U.S. Soccer. He and Dan Gaspar -- another Connecticut native, who had been Queiroz’s goalkeeper coach with Sporting Lisbon and worked with the Portuguese World Cup team -- collaborated on an extensive study for creating a standard procedure for player development for U.S. Soccer. “Project 2010” was a $50 million development plan started just before the 1998 World Cup. It did lead to two programs – Project 40/Generation adidas and the U-17 residency camp in Bradenton, Florida -- but neither produced a World Cup title for the Americans.

In fact, the USA has never advanced past the quarterfinals (after beating Portugal in their opening match in 2002) since reaching the semifinals of the 13-team inaugural World Cup in 1930. Portugal has not hoisted the World Cup either. Of course, they did win the 2016 European Championship. For a country with just 10 million people, they are doing something right.