Discovering a window to the soccer world at the Duke library

1. The magazine was a lifeline to American soccer fans in the pre-Internet days.

2. The website has continued the tradition of covering all levels of soccer in the United States and covering them well. 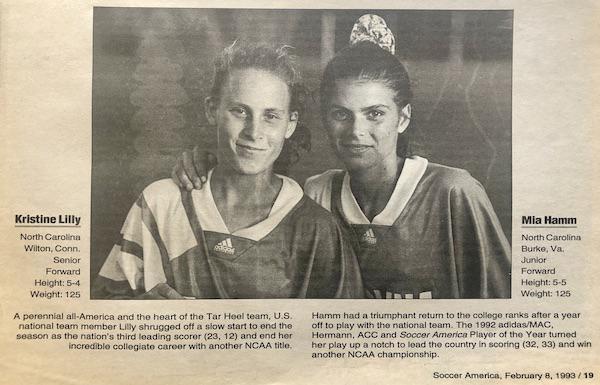 Too many American soccer fans have no appreciation of the Dark Ages. The biggest pro leagues were indoors. Most colleges only had men's soccer -- Duke, my school, added women's soccer my sophomore year (1988), and I'm glad I'm still in touch with some of the pioneers who came in and bravely battled Mia Hamm's North Carolina teams while the program built up into an ACC powerhouse in its own right.

I was lucky because I had a job in the library shelving periodicals and newspapers. The latter included English papers that reported on the First Division and covered the talks concerning some breakaway organization that would be called the Premier League. The former included Soccer America.

Thanks to the magazine's weekly arrivals, I knew Mia Hamm wasn't just some steamroller at our rival school. I knew the goals my Duke classmates scored on Tony Meola were rare feats worth celebrating.

On my frequent trips back to Duke in 1991 (not just as a hanger-on -- my girlfriend lived in Durham), I kept going back to the library to read about the feats of Hamm, Michelle Akers and Co. I'd also been kept apprised of the USA's return to the World Cup after 40 years in the wilderness, getting a vivid view of Meola and his teammates in all their mulleted glory.

Then I subscribed and learned about many aspects of U.S. soccer long before the mainstream media took notice. I knew all about Landon Donovan and DaMarcus Beasley taking top individual honors at the 1999 U-17 World Cup. I knew about the teams I would watch in the 1999 Women's World Cup. I became a fan of Paul Gardner, reading and re-reading his book "The Simplest Game" until it mysteriously disappeared from my apartment when my girlfriend (not the same one from my post-grad year) moved out. 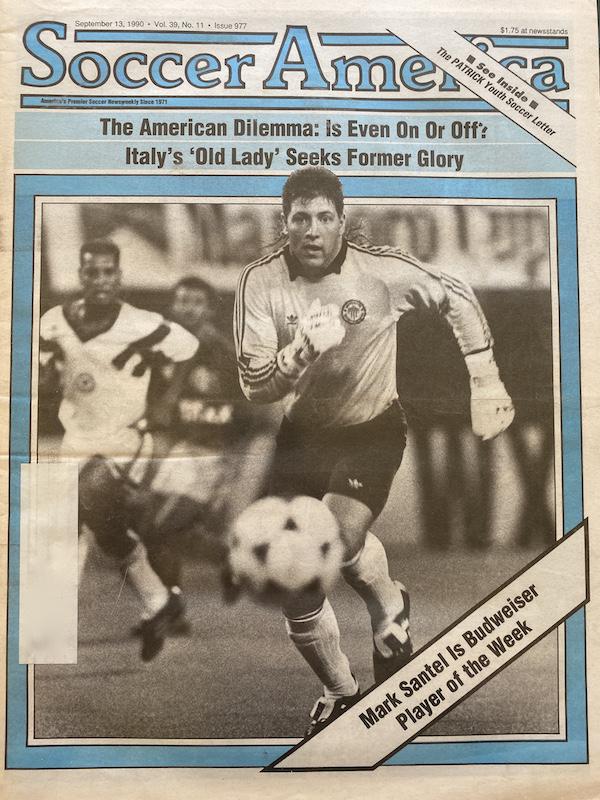 By the turn of the century, I was a soccer writer myself -- well, what passed for a "soccer writer" in those days. The vast majority of people who wrote about soccer did so in addition to the duties for which they'd been hired at their newspapers or websites. At USA TODAY, where an unfortunate gulf existed between the staffs of the newspaper and the website, most people were unaware that some kid in his 30s (practically a toddler compared with the venerable reporters and editors a few floors down from us) was cultivating a following among U.S. soccer fans who, unbeknownst to many in the building, existed.

So Soccer America was still a primary source. I certainly couldn't cover everything in the couple of hours a week I could carve out of my myriad other duties. We needed Soccer America.

Times have changed. The Internet made it possible for anyone to become a "soccer writer," for better and for worse. Even today, with soccer firmly ingrained in the U.S. cultural landscape, soccer journalism is still more avocation than vocation, which inherently limits the opportunities for people without surpluses of time and money to participate.

But Soccer America has persisted. Once upon a time, this was the only source of U.S. soccer news and analysis. Today, it's the best.

The amount of work that goes into this great news organization is staggering. Just check out how much content is generated by Paul Kennedy and Mike Woitalla. Then remember that they're also responsible for editing the musings of people like me.

In U.S. soccer, Soccer America has been, and still is, the keeper of the flame.

3 comments about "Discovering a window to the soccer world at the Duke library".
Read more comments >
Next story loading