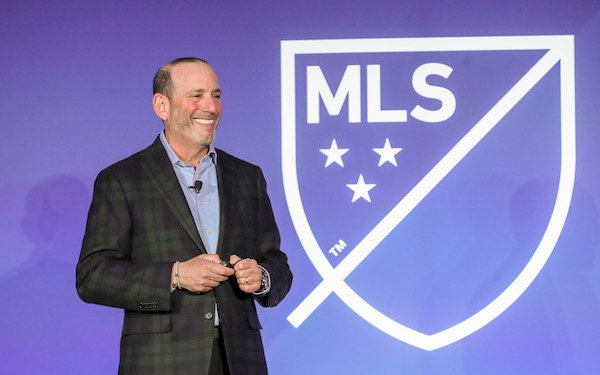 Going back to the beginning of his first full season in charge in the charge of the league in 2000, the theme of MLS has been momentum:

In the early years, the idea of momentum was a tough sell. MLS contracted from 12 teams to 10 after the 2001 season and remained at 10 teams for four seasons.

But since the mid-2000s, Garber has been able to sell the idea that more is better. Even in 2021, there will be a new team -- Austin FC -- and three new stadiums -- in Austin, Cincinnati and Columbus.

"The story in MLS has always been about momentum," Garber said on Monday in a media call to kick off MLS's countdown to Friday's season start. "More teams, more stadiums, more fans, more players, and players that are representing all the exciting activity that takes place on the field. We had that momentum going into last year, and clearly it got put on pause by the pandemic."

"I call this expansion project there leading up to this season a COVID casualty," Garber said on Monday. "We had a lot of momentum."

The 2020 season was ugly for MLS. Its owners, Garber has said, lost in the neighborhood of $1 billion without fans in the stands.

The Chicago Fire was set for a relaunch at Soldier Field, hoping to regain its relevancy with Chicago fans after leaving out-of-the-way Bridgeview. But fans never got to go to Soldier Field in 2020, a setback for the club and its new owner, Joe Mansueto, Garber termed "heartbreaking."

"Now," said Garber on Monday, "that momentum is kicked back."

It's more complicated than that, of course.

Even before the pandemic, there were signs MLS's momentum had slowed. It set a playoff attendance record in 2019, averaging more than 30,000 fans a game for the first time, but average regular-season attendance dropped for the second year in a row from a record average of 22,106 in 2017 to 21,330 in 2019.

MLS has rectified the situation in Columbus -- Garber described it as "the most complicated thing I have ever had to chart through" -- where Crew owner Anthony Precourt bailed on soccer in the Ohio capital and announced he was moving his operation to Austin.

The Crew found new owners -- Cleveland Browns owners Dee and Jimmy Haslam -- and enters the 2021 season as MLS champion with a new downtown stadium set to open on July 3. Austin FC has sold 15,000 season tickets for its opening season at Q2 Stadium and has another 15,000 on a waiting list. 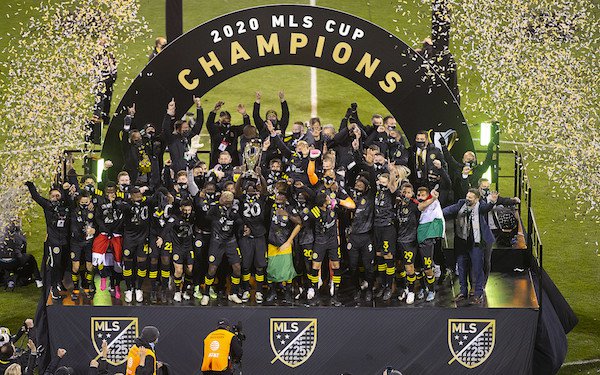 But other issues remain unresolved. MLS is still looking for a buyer for Real Salt Lake after Dell Loy Hansen announced in August 2020 he was selling the team. The league took over the sales process in January. ESPN reported that both Orlando City and Houston Dynamo are up for sale.

MLS has been fortunate that most expansion teams have been a success. But NYCFC enters its seventh season in the league without confirmed plans for a soccer stadium. It's deteriorated to the point that it will split its home schedule between Yankee Stadium in The Bronx and Red Bull Arena in New Jersey.

“Nothing’s changed since the last time we chatted," Garber said when asked about a New York stadium.

For a league that has always looked forward to a brighter tomorrow, the pandemic took its toll in other, more basic ways. Garber said most of his time spent with owners in 2020 was on how to deal with the pandemic, not about how to move forward.

Putting the pandemic behind MLS is essential if it wants to start regaining momentum.