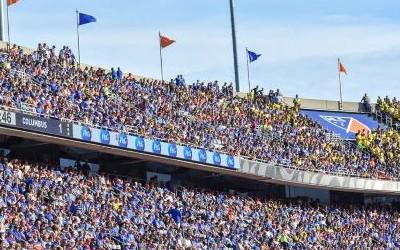 The multi-year agreement covers such P&G brands such as Gillette, Old Spice, Crest, Oral B, Dawn, Charmin and Bounty and includes such events as the Leagues Cup and Campeones Cup involving MLS and Liga MX teams and the Mexican national team's U.S. tour.

CNBC reported the agreement covers five years and is worth $80 million to $100 million. Gary Stevenson, MLS's deputy commissioner and the president and managing director of MLS Business Ventures, told MediaPost's Marketing Daily that the agreement with P&G "marks the widest-ranging partnership to date."

The agreement gives MLS a national sponsor with enormous clout in the U.S. consumer market as it leads up to the 2026 World Cup.

“Major League Soccer is one of the most dynamic sports leagues in North America,” said P&G chief brand officer Marc Pritchard. “We’re excited for our brands to participate in a sport so beloved by millions of families, while also investing in the future with an organization committed to utilizing sport as a vehicle for positive social change.”

P&G is a sponsor of the NWSL Challenge Cup through its Secret deodorant brand.