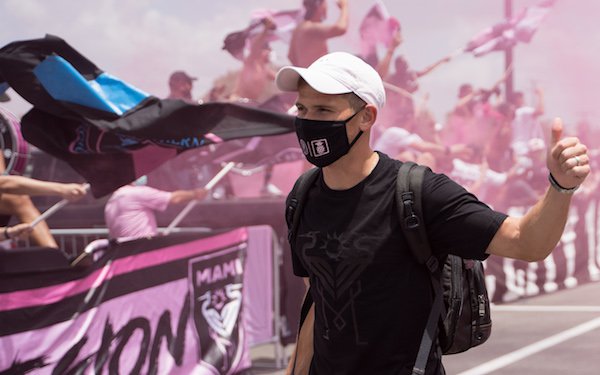 MLS's decision to push back the start of the 2021 season by seven weeks was intended to give its clubs more time to prepare for the reopening of their stadiums to fans.

In that time, several state and local authorities relaxed restrictions, allowing all 11 U.S. clubs opening this weekend to welcome fans at stadium capacity limits of as high as 50 percent. The other two weekend openers involve Canadian clubs forced to again open the season on the road, using MLS venues in the United States as their home bases.

Seattle vs. Minnesota United
The Sounders will allow about 7,000 fans at Lumen Field for the first five home matches, based on approvals from state and local authorities. How those tickets were distributed turned out to a fiasco when far most season-ticket holders than anticipated jumped into a pre-sale queue, where they were stuck for hours. "That bar was not met today," the Sounders said in a statement issued Tuesday, "and that is completely our responsibility."

Orlando City vs. Atlanta United
The game is a sell-out with a limited-capacity crowd of 12,750 (50 percent capacity). The Lions hope to be back to full capacity (25,500 fans) at Exploria Stadium by May.

LAFC vs. Austin FC
In March, California removed restrictions on fans at sporting events though LAFC will only allow a limited number of season-ticket holders for the opener.

D.C. United vs. NYCFC
D.C. United is allowed to welcome up to 2,000 fans, or 10 percent of capacity, at Audi Field, the same capacity limit at Nationals Park, the home of the baseball Nationals.

FC Dallas vs. Colorado
The opener at Toyota Stadium is a sell-out, based on the capacity limit of 50 percent FC Dallas has set for the first four games. The baseball Rangers opened its entire Globe Life Field and drew 38,238 fans for their opener. FC Dallas wants to ease into opening its entire stadium. In a media call on Wednesday, FC Dallas president Dan Hunt said the club will be in a "great place" if 16,000-17,000 seats are available, but he isn't sure it will reach capacity (20,500) in 2021.

NY Red Bulls vs. Sporting KC
In February, New Jersey relaxed restrictions on large gatherings, allowing 10 percent capacity for indoor events and 15 percent for outdoor events at a facility with a capacity of 5,000 or more. That caps Red Bull Arena's capacity at about 3,750 fans for the start of the season for the Red Bulls, who will share the stadium in 2021 with NYCFC and the NWSL's Gotham FC.

Chicago vs. New England
For the first time since its move back to Soldier Field, the Fire will have fans in the stands. About 7,000 fans will be able to attend Saturday's game in two levels. The Fire will be able to increase capacity to 25 percent -- about 15,3000 -- later in the year.

Nashville SC vs. FC Cincinnati
Nashville SC  returns for a second season at Nissan Stadium while work on its Fairgrounds stadium continues. The NFL stadium with open with a 33 percent capacity (22,817 fans) for Nashville SC's first two matches

Sunday, April 18
Inter Miami vs. LA Galaxy
The first MLS game with fans at DRV PNK Stadium is a sell-out: 8,000 fans. Inter Miami CF managing owner Jorge Mas said the club hopes it will be able to host 16,000 fans at the Fort Lauderdale stadium by late May.

Columbus vs. Philadelphia
The Crew isn't done with Crew Stadium, its home since 1999, just yet. While the finishing touches are put on its new downtown stadium, which opens this summer, it will play at 19,968-seat Crew Stadium, where 5,180 fans will be allowed for the start of the season. At the beginning of April, Ohio removed capacity limits at outdoor venues, but social-distancing restrictions and limits on the number of fans in pods (10 or fewer) remain in place.

Vancouver vs. Portland
The Whitecaps, who open in Utah, have scheduled 13 of their 17 home for July-November when they hope to be back home and playing at BC Place.