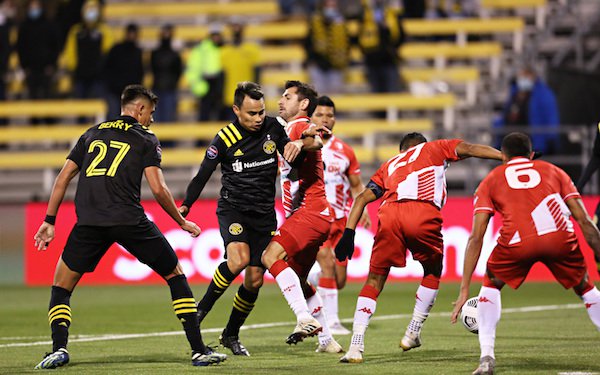 With its 2021 MLS opener scheduled for Sunday against 2020 Supporters' Shield winner Philadelphia, the Crew did not start most of its first-choice players. Bradley Wright-Phillips scored the game's only goal in the 86th minute.

In the first three years after Concacaf changed the CCL format to make it a straight knockout competition for MLS and Liga MX teams, at least one MLS team exited in the round of 16:

(In 2018, only three MLS teams reached the quarterfinals. In a battle of MLS teams, Toronto FC ousted the Colorado Rapids.)

One MLS team is assured of reaching the semifinals. Atlanta United and the Philadelphia Union will meet in the quarterfinals. The other three MLS teams -- the Portland Timbers, Toronto FC and Columbus -- will face Liga MX opponents.

Atlanta United, Columbus and Toronto FC each advanced to the final eight for the third time. The Timbers advanced for the first time in three appearances. The Union is making is CCL debut.