Growing up, says Katie-Jay Scott, “I could have taken many roads. But soccer was integral to me. It was formative.” 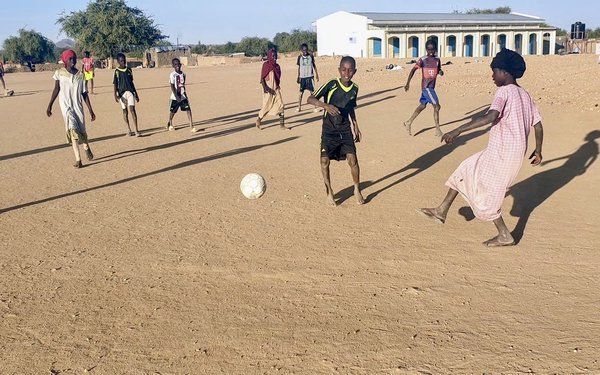 She notes that the United Nations Convention on the Rights of the Child enshrines the right to “play.” Scott now helps children play the game she loves. But she does it thousands of miles from her Los Angeles home.

She and her husband, Gabriel Stauring, are the driving forces behind iACT. The non-profit works with refugees in Chad, Tanzania, Cameroon and Greece. It provides food, creates jobs, builds preschools -- and, just as importantly, establishes youth soccer academies in camps around the world.

It does so not with handouts, but by working hand-in-hand. iACT’s soccer arm creates leaders who lift up their refugee communities. The men are already avid players. Some of the women have never kicked a ball.

Stauring began working with refugees in 2004. Born in the USA, he spent 10 years of his youth in Mexico, where “soccer is life.” At the first camp he visited -- where memories of violence in Darfur were still vivid -- he set up a soccer field on a rocky hill. Instantly, he says, “everything faded away. They were no longer refugees. They were ballers. It was very clear to me the power that this round object has.” 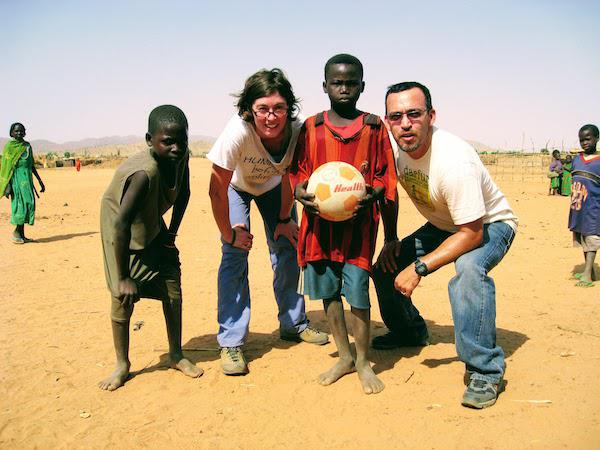 Katie-Jay Scott and Gabriel Stauring with a pair of young teammates at a refugee camp in Chad.

What Stauring thought would be one trip to Chad became his passion. He met Scott, who lived in Portland and was doing anti-genocide work. Traveling to refugee camps, they realized that while food and shelter were important for children, so too were education and support.

The Refugees United program was born. It was the first time some of the children had played – not just soccer, but any kind of game.

“They need a safe space,” Scott says. “Girls need it especially, to heal and thrive. They take on such burdens with their families. The opportunity to just be a kid is incredible.”

So is the opportunity to develop leaders. The program provides equipment and initial training. But it’s sustained by two men and two women in each refugee camp: the coach leaders. They organize after-school programs, six days a week, for 500 children ages 6 to 13. They become role models for the youngsters, and liaisons with parents and teachers. 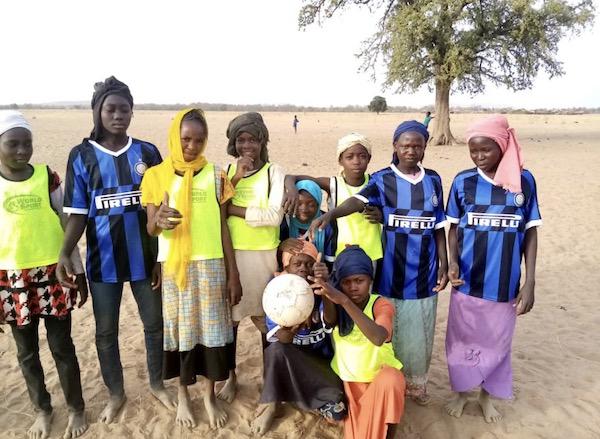 Some of the female coaches have never played soccer. They are chosen for their leadership abilities and athleticism. They learn quickly. There are currently eight academies in 12 camps in eastern Chad; two camps in Tanzania, and one in Cameroon (for refugees from the Central African Republic). Since 2013, they have served 24,000 children.

The umbrella organization is called iACT. The name has evolved from “Interactive Activism.” Its current iteration evokes both “personal responsibility and interactivity,” explains Stauring. Besides soccer academies, other iACT projects include Little Ripples (refugee-led early childhood development and education), and Darfur United, an all-refugee team. The website is www.iact.ngo.

Though the organization it operates is low-key, and refugee camps are no longer in the glare of the international spotlight, it is gaining notice. A recent UEFA Foundation for Children grant will enable iACT to expand to four more camps in Chad. They’ll serve an additional 8,000 children, and hire 16 more coaches. Sixty percent of iACT’s funding comes from individual donors. The rest is from foundation grants. 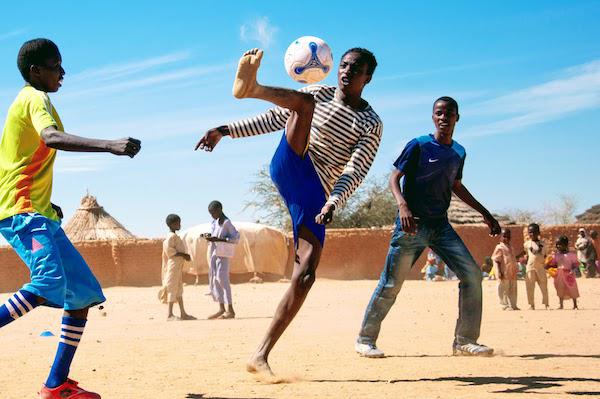 Two of those donors -- and among the organization’s most passionate boosters -- are San Francisco Bay Area residents Ben and Joanna Grossman. His advisory and investment practice, Selhurst Media Ventures, is named after the home of Crystal Palace, where the Minnesota native worked in the 1990s. One of his clients is Fox Sports, for whom Grossman helped oversee soccer coverage, including World Cups. He is also a part owner of both Minnesota United (MLS) and Angel City (the NWSL team that begins play next year). Joanna is a former sportswriter who now works in educational fundraising, and runs a local TOPSoccer program. Their two children are avid soccer players.

“We had to do this,” Grossman said of their involvement with iACT. “Their impact blows us away. They don’t get headlines. They just roll up their sleeves and get to work.” Grossman is working with his soccer contacts -- players, broadcasters and others -- to develop an iACT ambassadors’ program.

“We’re not transactional,” he notes. “We need money, but we want people to meet this amazing group. It’s a transformational experience. Nothing brings people together like soccer. We’re getting ready to scale up, engage more countries, and build on our culture of participation.” He sums up iACT’s impact with a quote from a Darfur refugee and camp leader: “Now I feel like we belong to to the world.”

(For more information, or to help, email ktj@iactivism.org)