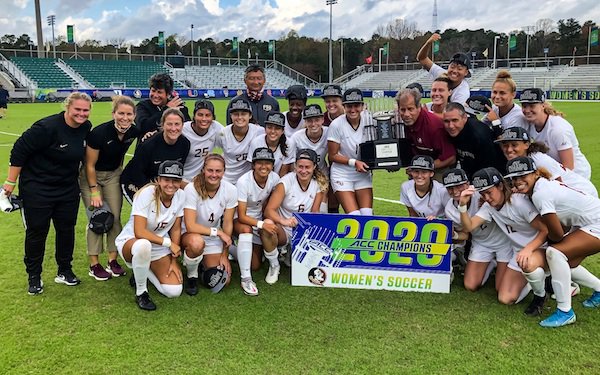 The NCAA announced the 48-team tournament field -- 29 conference champions and 19 at-large teams -- for the Division I Women's Tournament.

The No. 1 overall seed is Florida State, which won the fall ACC championship with an 11-0-0 record but did not play in the spring. North Carolina, the only team that's played in all 39 tournaments, is the No. 2 seed after finishing the regular season with a 15-1-0 record. Its only loss came in the ACC final to the Seminoles.

Stanford, the 2019 champion, misses the NCAA Tournament for the first time since 1997 and the first time ever under Coach Paul Ratcliffe. The Cardinal finished with a 6-6-2 record.

The ACC, Pac-12 and SEC led all conferences with five bids in the field reduced from 64 to 48 teams.

And also for the first time, a team will have a minimum of three days between all games. Previously, teams had only two days between games in the second and third round and at the College Cup.