Alexi Lalas on the former U.S. men's and women's players in power, diversity of opinion, and the new generation of Americans abroad

Alexi Lalas' U.S. national team playing career included lining up at times with Earnie Stewart and Brian McBride, and overlapped with that of Gregg Berhalter -- who serve as U.S. Soccer's sporting director, men's national team general manager and head coach, respectively. Lalas, whose playing career included two World Cups, an Olympic tournament, a stint in Italy's Serie A and an MLS title with the LA Galaxy, has served as Fox Soccer analyst since since 2015 after six years with ESPN. In 2004-08, he served as general manager of the San Jose Earthquakes, MetroStars/Red Bulls and LA Galaxy. 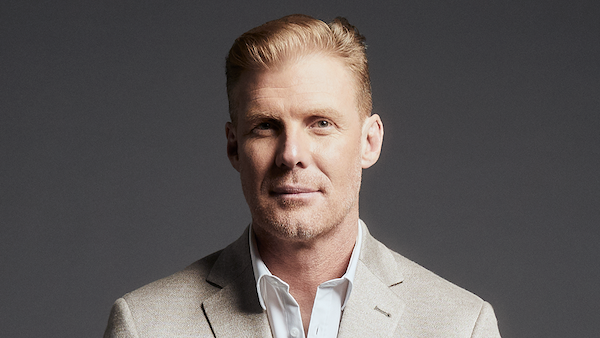 ALEXI LALAS: I look at it as perception. You’ve been around in the soccer world long enough to know how we say, “He or she is a soccer guy, or girl, a soccer person.” We don’t really define it exactly as any more than that they played and therefore have some innate ability that comes with kicking the ball to be able to understand what the business needs. There are plenty of “soccer” people out there who are morons. There is a credibility that comes with people who have kicked a ball. So it really comes down to quality. There is a continuity to people who have been there, and done that when it comes to kicking a ball and I’m the first one to admit that there are opportunities that come because of that. But it doesn’t guarantee success and it doesn’t guarantee that that person has an insight to any decision that has to be made.

SA: As someone who once played with current USSF sporting director Earnie Stewart, do you remember anything in his personality or background that is a particular asset in the role?

ALEXI LALAS: I want to be very clear, there’s also some very highly qualified business people and successful people who aren’t necessarily soccer people who are incredibly smart and capable of doing some of these jobs. Some of these people who you’re talking about, first and foremost, they’re smart people. That they kick the ball is a bonus that may or may not, well, it informs what they do, but may not give them invaluable insight. Oftentimes, it does.

For Cindy, or Earnie, or even McBride or Kate, they all have this connection at some point with the U.S. jersey. There is comfort in that. There is this history and identification with that. Earnie was always even-keeled, level-headed, especially being around all the crazies like myself at the time, but never standoffish. I’ve talked to him several times and he recognizes that there is a wealth of knowledge that exists out there and he wants to access that, and include people in the conversation. Not necessarily agree with all of it, but hear people out and have a conversation. He’s asked for input, from me and many others. That’s a good thing. He should ask things of everybody, whether they played at any level or not.

I’ve met people immersed in the game who have all kinds of experience that I wouldn’t want in charge. I’ve met plenty of people who don’t have soccer experience, who are great leaders. Smart people are smart people. I want people who have that knowledge to utilize that knowledge. I don’t want anyone excluded who didn’t play in a World Cup. I know the power and the leverage, I know how stardom works, I’ve been around a long time. If you can have all of that, and you’ve got a vision -- now you’re cooking.

SA: The USSF has stated an aim to improve diversity and inclusion efforts. Former national team players can clearly be a diverse group in some aspects, but what about diversity of opinion and perspective?

ALEXI LALAS: Diversity of opinion comes from as many opinions as possible and the opinion of someone in a situation who has not played at the national level, the international level, could be different. You’d expect it to be different, because it’s a different background. It’s not wrong, or not better. It’s an effort to hedge your bets. When a decision is made relative to kicking a ball, and there’s bigger things than that, since the federation is much more than just kicking a ball, but when some of these decisions are related, that context and history is important. They’re all strong individuals, but hopefully they’d reach out for input. Not decide everything by committee, but I hope they’d reach out when that’s appropriate. We can always have someone else who is going to have a different viewpoint. It’s almost impossible to get every different perspective on something.

ALEXI LALAS: I want the best people, regardless of where they’re from. But we’re here in California, in 2021. The Hispanic and Latino influence on everything is undeniable. From a business perspective, if you’re ignoring that, you’re ignoring a huge part of the market. From a soccer perspective it’s only getting bigger and bigger. If it hasn’t been going on, and by all accounts, it started at one point and then stopped. Mutual respect, that’s fostered by different people coming in and having that quality and have the characteristics to get the best out of people. I’m not there at the USSF to make decisions. I know it’s easy to criticize. I want the best people there; they've certainly made mistakes. I also think they do a whole lot of good and they can do a whole lot more good going forward.

SA: How difficult is it to transition to an administrative role in soccer and work with people who you once lined up alongside on the field?

ALEXI LALAS: That is hard. Former teammates, I had then screaming at me, I had their wives screaming at me. It’s a strange dynamic, especially if you start as a GM as young as I did. If you stay in it long enough, so you’re not dealing with that closeness, because it can be difficult, that eventually goes away. This is an evergreen cycle of life, where there is the potential for us, my generation, to look old and be judged as old. We are sometimes judged as old and not given the same voice and credibility because we are from a different time and generation. It would disappoint me, even as I understand it, having been young before -- I understand that attitude. You’d like to think that our experience gives us perspective on where we’ve been and where we are going, relative to others who have maybe not been around as long. It all happens so quickly. I just woke up and suddenly I was this old guy that the young players are asking for advice on broadcasting. I’m still trying to figure that out myself.

SA: As the first U.S. product in Italy's Serie A (Padova, 1994-96), what are your memories of playing abroad, as well as what’s your view on the Americans abroad today?

ALEXI LALAS: It seems like yesterday, though it wasn’t. My children remind me of all the time that’s passed. We are now seeing the results of the work to come back from an incredibly low point. We are seeing the fruits of the seeds that were planted. I love it. It’s not that we haven’t had great players in the past. This has always been a battle for hearts and minds. It just hasn’t worked out. But the sheer numbers we have now of some American players playing for some very big teams is significant. It’s no longer a curiosity.

The only reason I went to Italy was because of the World Cup in 1994. You shouldn’t have to star in a World Cup to go abroad and obviously, the American players abroad now didn’t get that stage to help them. The fact that we have so many players abroad right now, that says a lot. I’m really happy. I hope it translates into the team doing better at the World Cup. It doesn’t always work out that way. But the credibility improves.

It’s also not just about the national team. It’s also about the experiences these players are getting. I love it that Weston McKennie is running around with Cristiano Ronaldo, that he’s playing such a key role for Juventus. But he’s also living in Turin and learning a new language and that’s all amazing. That’s where the happiness that I feel comes from, really. 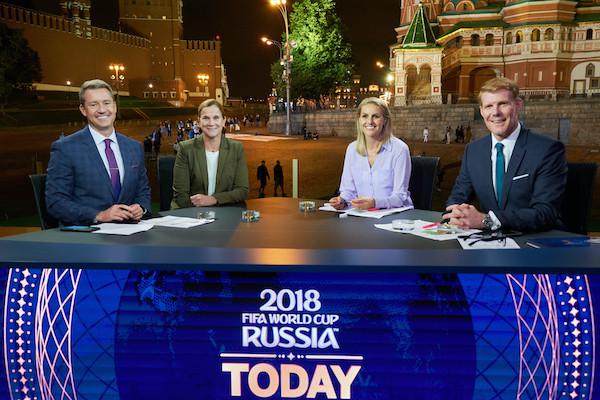 SA: What was the working relationship like between the U.S. men's and women's national teams back in your day?

ALEXI LALAS: We were pretty good with each other. We didn’t cross paths a whole lot. We respected each other. They were a great team and we understood that, but it wasn’t the level of stardom and notoriety that they have now. You had Mia Hamm and everything, but it’s a whole other level now.

SA: No one on the men’s team envied Mia when she got a commercial with Michael Jordan?

ALEXI LALAS: The Michael Jordan commercial? I don’t remember it being, for lack of a better word, a jealousy thing. We had 1994, so 1999 was awesome. We could sit back and enjoy it, watching that explosion happen. But I don’t remember us hanging out or anything like that.

SA: Does it help interest in one team after the other does poorly? The 1999 apex for the U.S. women came after the U.S. men in the 1998 World Cup was, well, obviously not as big a disaster as not even making the tournament, but definitely a disappointment.

ALEXI LALAS: You don’t say. Interesting. I think there’s, to use the jargon, there is only so much soccer bandwidth available. Rightfully so, the women’s team has currently soaked up a lot of it. To the winner go the spoils. Having said that, I’d love to see what the country looks like when both the men’s and women’s teams are firing on all cylinders, but who knows when that ultimately is going to happen. There is definitely competition between the teams. There’s competition for sponsor dollars and media attention and all of that.

SA: Now a few of these USMNT and USWNT veterans are on the same team as part of the USSF, in both administrative and coaching roles.

ALEXI LALAS: They know each other, in some ways, they’ve grown up together. There’s familiarity. But there’s also responsibility. It’s up to us from the outside to hold them accountable. They recognize their responsibility. It’s got to go well, on the field or off the field. They might get the benefit of the doubt for some time, because of the soccer players they are and were. If the results aren’t there, that only gets you so far.