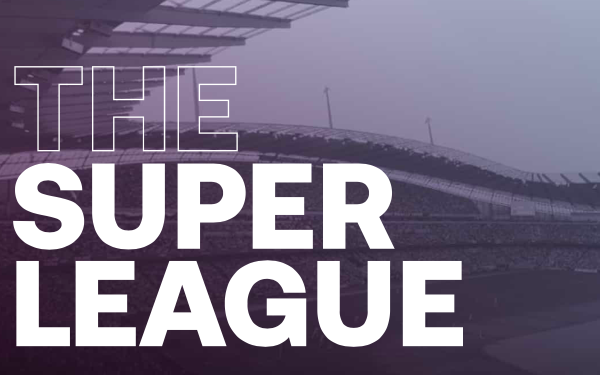 Two days after its unveiling, the Super League was suspended.

In the face of intense opposition from politicians to pundits, and players and coaches, from even within their own clubs, the project was all but dead.

All six Premier League clubs -- Manchester City, Liverpool, Manchester United, Arsenal, Tottenham and Chelsea -- in the group of 12 founding members began the process of pulling out of the new league.

In a statement, Arsenal, owned by American Stan Kroenke, said, "We made a mistake, and we apologize for it." It went on to say that "it was never our intention to cause such distress" but it had accepted the invitation because "we did not want to be left behind to ensure we protected Arsenal and its future." Tottenham chairman Daniel Levy regretted "the anxiety and upset caused by the ESL proposal."

The about-face followed protests on Monday before the Leeds United game against Liverpool and on Tuesday outside London's Stamford Bridge, where Chelsea was playing Brighton & Hove Albion.

"I was affected," said Chelsea manager Thomas Tuchel, "so I think the players were affected. We talk of nothing else but Super League before the match. Nobody asked about the match before. It is like this. You have to accept the distraction."

Chelsea's situation goes to the essence of the difference between the proposed Super League and existing UEFA Champions League.

Instead of earning automatic qualification each year to the new competition, the Blues are fighting to qualify for next season's Champions League. They played to a 0-0 tie with lowly Brighton, dropping two valuable points in their fight with Leicester City, West Ham United and Liverpool for the last two berths. (It would be ironic is that "distraction" costs Chelsea a berth in next season's Champions League.)

Manchester City manager Pep Guardiola and Liverpool manager Jurgen Klopp, two of the most respected men in soccer, both came out against the league their owners hatched.

"It is not fair," said Guardiola on Tuesday, "when one team fight, fight, fight, arrive at the top and cannot qualify because success is already guaranteed just for a few teams."

Klopp said he grew up as a player with the Champions League (and before that European Cup) and has always supported it.

"I like the competitive fact of football," he said before the Leeds game. "I like the fact West Ham might play CL football next year -- I don't want them, to be honest, because we might want to do that, but I like that they have the chance."

The other founding members of the Super League were Italy's Juventus, AC Milan and Inter Milan and Spain's Barcelona, Atletico Madrid and Real Madrid. 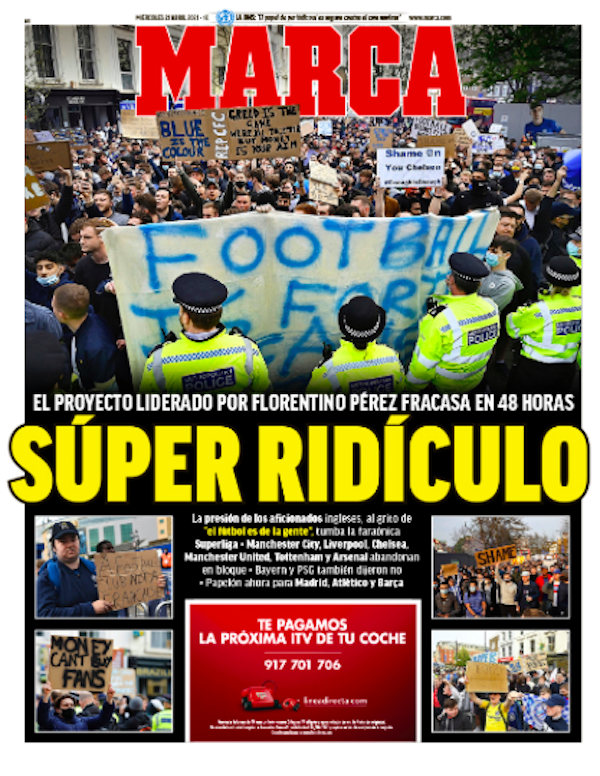 The most outspoken proponent of the project -- indeed, it's only frontman -- was Real Madrid president Florentino Perez, the chairman of the Super League who insisted the league's goal was to "save soccer in general," arguing that the sport needed to change to draw younger audiences. Whatever the fundamental issues soccer has, in big countries and small, Perez, the president of the biggest club in Europe, was not the person to make that case.

To abandon the Champions League was to spit on 56 years of tradition, dating back to the conception of the competition -- by the editors of the French sports daily L'Equipe -- at a meeting with European soccer leaders on April 2, 1955, at the Ambassador Hotel in Paris. It followed the debate about who was the best club in the world following the "floodlit friendlies" English club Wolves organized against top teams from the continent. 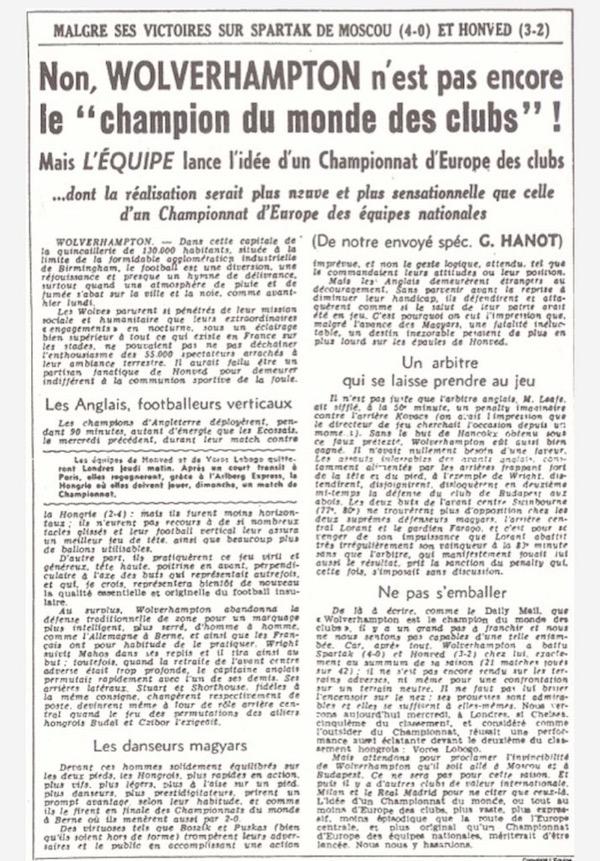 Real Madrid won the first edition of the "Coupe des clubs champions européens" -- a straight knockout competition involving 16 European club champions -- in 1956. It also won the next four -- the greatest achievement in the history of European soccer.

On Friday, UEFA agreed to expand the group stage from 32 to 36 teams as of 2024-25. In a nod to legacy teams, it will offer (with some restrictions) wild-card spots to the two teams with the best record in Europe over the previous five seasons not qualified directly for the Champions League.

The new format was negotiated by Juventus president Andrea Agnelli, the president of the European Club Association, a lobbying group for European clubs and a close friend of UEFA counterpart Aleksander Ceferin, who was stunned by the about-face of Agnelli and the other heads of the Super League 12.

“I was a criminal lawyer for 24 years," said Ceferin, who is Slovenian, "but I’ve never, ever, seen people like that."

He had his harshest words for Agnelli, whose daughter he is the godfather of.

“Andrea Agnelli is the biggest disappointment of all," he said. "I’ve never seen a person that would lie so many times, so persistently as he did. It’s unbelievable. We didn’t know we had snakes working close to us, but now we know."