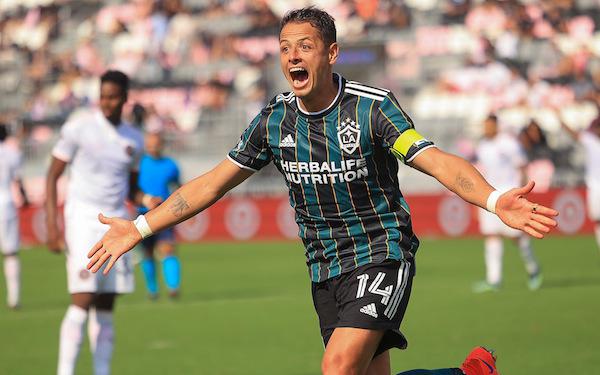 For the first time, MLS opened with games on two different English-language networks.

In 2019, MLS began to draw relatively strong ratings on ESPN Deportes for LAFC games with Carlos Vela. It should benefit if Javier Hernandez plays like he did in the opener, scoring twice to lead the Galaxy to a 3-2 comeback win.

The audience on FOX for LAFC-Inter Miami was down almost 36 percent from the 2020 season-opening game on FOX. The 2020 Nashville SC-Atlanta United game aired in prime time, though.

ABC will carry five regular-season matches this season, the most since 1998. FOX will carry seven games.

Fourteen games have aired so far on ABC, FOX and NBC in 2021 (see chart below). CBS will carry its first soccer game in 2021 on May 8 when the NWSL holds the Challenge Cup final.

In its eighth season on NBC, the Premier League remains the best-drawing league on English-language television. The biggest surprise in 2021 was the viewership for the U.S. men's friendly at Northern Ireland, the largest for a non-EPL game on an English-language network.

In 2020, the Liga MX Liguilla series between Club America and Chivas on Spanish-language networks Univision and Telemundo were the most-watched games on any U.S. network and in any language. 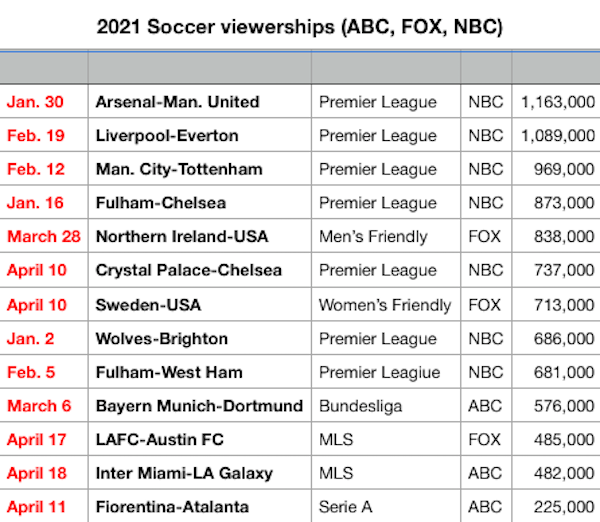