From Spain to the USA: Eloisa Borreguero on climbing soccer's male-dominated coaching ladder

When Eloisa Borreguero  took a Royal Spanish soccer federation (RFEF) goalkeeping license course, she was 19 years old. Most other coaches were much older, already established in their careers. She was also the only woman, surrounded by 44 men. 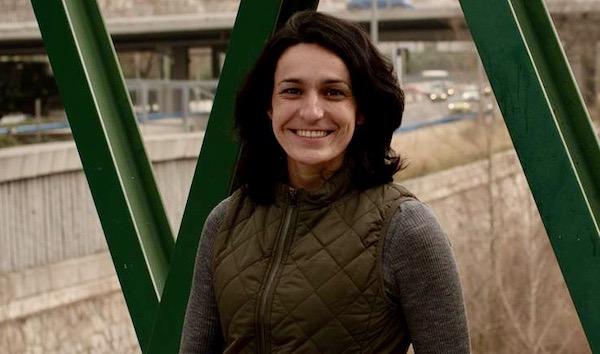 Borreguero had played for nearly a decade, with Atlético Madrid. She’d been coaching too, for the famed club. A year earlier, she had earned her UEFA “B” license. Still, she was far outside her comfort zone.

“It was difficult to have conversations” with her classmates, Borreguero says. But she is outgoing. She grew up with brothers and uncles. When she joined Atlético’s first-ever U-12 girls team, they played in a boys league – and won the championship in year two.

She persevered through the goalkeeper course. She sat at lunch with the male coaches. She asked questions. She learned. And she earned her license.

Four years later, Borreguero showed similar determination in her quest to learn English. She decided to move to the USA, work as a nanny, and immerse herself in the language. Early during her job in Scarsdale, New York, she drove the teenage daughter to a session with a skills coach. It cost $100 an hour.

“I’d never heard of that,” Borreguero recalls. She watched 22 girls take part in “boring” finishing drills. “I saw their body language,” she says. “They were not having fun.” There was not even a goalkeeper to shoot on. Borreguero offered to hop in the net.

Her plan to return to Spain after a year changed when she got a scholarship offer from Judson University, a small school near Chicago. Coach Diego Cevallos was also affiliated with the Crystal Lake Force club. He asked her to help coach. “I was very qualified, but they put me with 4-, 5- and 6-year-old rec kids who had never touched a ball,” Borreguero says. “They did not take a woman seriously.”

The next year – despite her UEFA and Spanish licenses -- she was given two of the lowest-level teams. At the end of the season, when the coaching director told her admiringly that no one had quit the team, Borreguero was surprised. “Why would they want to go?” she wondered. “I brought value to them.”

In her third year, she told a new director of coaching that she wanted the U-10 boys elite side. “He said, ‘Why not? We have men coaching women. We should have women coaching men.’”

On the first day of training, fathers gathered on the sideline to scrutinize her. By the middle of the season, with the players learning and having fun (and the team winning), the parents were on her side. She endured negative comments from opposing coaches, Borreguero says, but she kept quiet. “I showed respect for my profession.”

She got her U.S. Soccer “B” license, and became involved with Illinois’ Olympic Development Program. While working toward a master’s degree in business administration, she joined Judson’s coaching staff as a graduate assistant.

Back at Crystal Lake, she coached U-17s. When she told the director of coaching she wanted to be his assistant, he again said, “Why not?”

Training other coaches – many of them older, and male – was not easy. Borreguero says, “I realized I had to lead myself, before I could lead others.” She developed a collaborative style, building trust and confidence in herself and her coaching process.

Her journey has made her aware of the impact a coach can have – and the barriers many women still face. She was one of only two females in her 36-person U.S. Soccer class. When she was encouraged to get her Illinois Youth Soccer Association instructors badge, there were two other women and 15 men.

“We don’t always know our options,” she says. “Until we get out of our comfort zone, women won’t realize what we can do.” 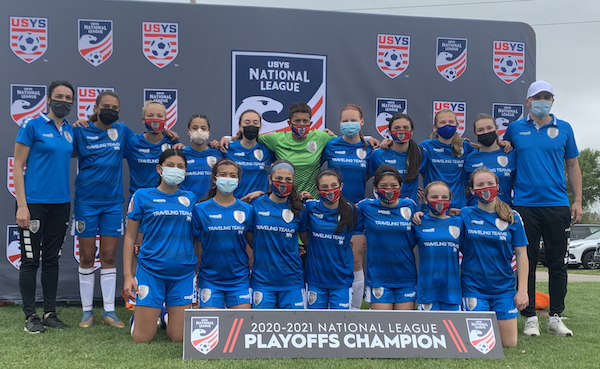 She moved to San Diego two years ago, and joined Albion Soccer Club. Once again, her eyes were opened. Many girls had never been coached by females.

“That’s scary," says Borreguero, who also serves as head coach of ASC San Diego's WPSL team. "This is Southern California, a mecca of soccer. Girls soccer is huge here, but we don’t have enough women coaches, DOCs, CEOs. If girls grow up without seeing they can make a profession of soccer, they won’t do it. I challenge my players: If you love soccer, take ownership. Do what you love. Give something back to the game.” 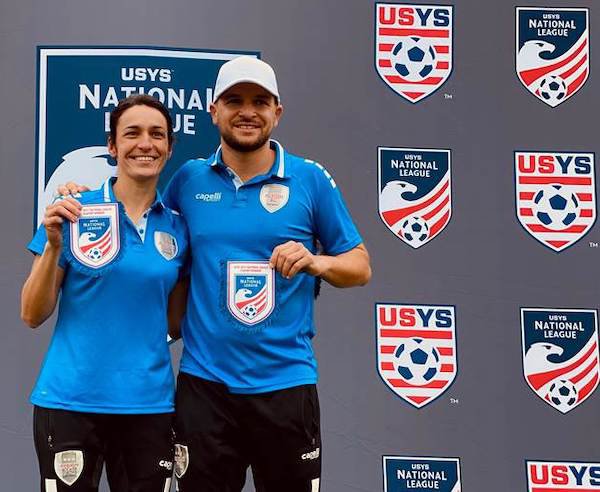 Eloisa Borreguero and Nunno Pacano, her assistant coach with the Albion's GA 07 girls team and the WPSL's ASC San Diego.

Last month, Borreguero brought her U-14 team to the U.S. Youth Soccer National League playoffs in Orlando. “The fields were beautiful. The environment was very professional,” says Borreguero. “Every day they sent out results, recaps, standings, photos and interviews.”

The first night, all the interviews were with male coaches. On the second night, there was a photo of the Albion team. But it showed Borreguero’s male assistant, speaking to the team. On the third night – after her side captured a must-win game to advance – she was again not interviewed.

Borreguero says she could have talked about that important victory, or the very low number of female coaches of girls teams at the event. The next time, she promises, she will. It comes soon. By finishing first in their group, her team heads to the championship tournament in July.

“The more I think about this, the more I realize I need to ask questions and speak up,” she concludes. Just as she did more than a decade ago, surrounded by older males in a Spanish goalkeeping course she had every right to be in.