Among the many recent transfers the various MLS clubs have made to Europe, the Bryan Reynolds’ move to AS Roma has been unique and groundbreaking. The January transfer from FC Dallas to the prestigious Serie A club challenged many of the preconceived notions about what it took for a player in MLS to get noticed by a big European club. 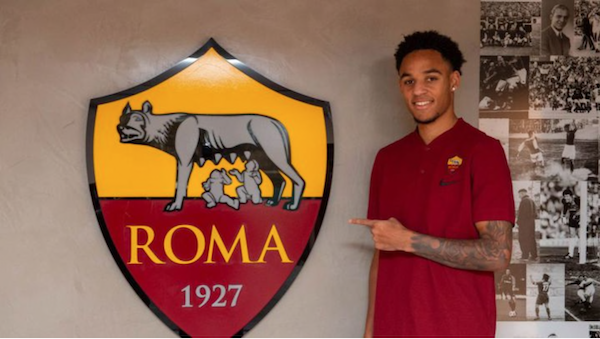 All it takes is a simple examination of high-profile sales made by MLS clubs to understand why this is so different. Tyler Adams left the New York Red Bulls for RB Leipzig and that was an internal transfer between parties with common ownership. Still, he started for New York for two seasons and was veteran of two youth World Cups before he left.

DeAndre Yedlin had already played in a World Cup and was a starter for Seattle. Matt Miazga was also a starter for a full season with the Red Bulls and was a prominent youth international. Mark McKenzie and Brenden Aaronson both had earned their first cap and were starters for Philadelphia for two seasons -- and MLS Best XI selections -- before earning transfers this past January.

This fits a pattern. Most major transfers out of the league had been starters for at least one season – typically at least two while also having major youth national team experience or even senior national team experience. Alphonso Davies, Reggie Cannon, Chris Durkin, Zack Steffen, Jack Harrison, Tim Ream and plenty others all fit this mold. There are also other moves where players go on loan, impress, and then get bought – or will likely get bought. Daryl Dike, Chris Richards, and perhaps Justin Che are indicative of this.

Reynolds, 19, is different. For one, his minutes at FC Dallas were very sporadic until as recently as late August 2020 when he replaced the aforementioned Reggie Cannon as the team’s right back following his transfer to Boavista. Reynolds made just one start and nine sub appearances in 2019 for Dallas while mostly playing with its USL team North Texas SC. His first start in 2020 came on Sept. 9.

Unlike many of the others mentioned, Reynolds was not a key U.S. youth international. He was part of the 2017 U.S. U-17 World Cup team but made just one brief appearance as a 2001 player (a year younger than most players). In qualifying, he made just one start. While at that time he underwent a positional switch from a right winger/forward to right back, he fell behind Julian Araujo for the 2019 and 2021 U-20 World Cup cycles.

Reynold’s inexperience at both the club and international level is a clear indication that more eyes are on MLS players than ever before. By November 2020, rumors were flying that Reynolds was drawing interest between two of Italy’s biggest teams in AS Roma and Juventus – and all this was mostly due to his performance in a limited span of around 1,000 minutes at FC Dallas (he ended up finishing the season with 1,477 minutes in 2020 and 112 minutes in 2019 for a total of 1589 minutes for FC Dallas).

“We didn’t expect it to be that fast," FC Dallaqs technical director Andre Zanotta said after the deal. "Just six months earlier, we sold Reggie Cannon. We were sure we had the replacement in-house, we didn’t need to bring in any other right back because it was the time for Bryan to step up. I had high expectations for him but I didn’t expect after 15 games, all of a sudden he has all these clubs after him.”

Following the season, those rumors proved to be true. AS Roma and Juventus both entered a bidding war with Roma prevailing for a reported sum of about $7 million.

During his limited time at Dallas, Reynolds clearly impressed on the field but his athleticism also likely played a major role. His speed, strength, and 6-foot-3 frame indicated that over the long-term he could have a significantly high upside.

As MLS commissioner Don Garber has said he hopes that the clubs embrace selling, Reynolds should serve as an enormous confidence boost that major European clubs are watching the league and are willing to spend money on players without the need for them to be key prospects within the U.S. national team or youth national teams. The 2020 season saw the outflow from the league of several key American players. Now heading into 2021, it seems now even more scouts will be watching.

With more MLS teams showing willingness to play young players and with growing investment in MLS academies, the possibility is there for Garber’s wishes to come true and that the league will be seen as an impressive developer of talent. It’s still a ways off, but Reynolds is a strong indication that the league is on the right path.

The history of American players in Serie A is extremely limited. Alexi Lalas, Michael Bradley, a single appearance by Josh Perez, Weston McKennie, and now Reynolds represent the entirety of American players in Italy’s top flight the past 40 years. For the first time ever, there are now two players born, raised, and developed in the United States and that market appears ready to more receptive to American players.

Thus far in Italy, Reynolds has made headways into Roma’s first team. To date, he’s made three appearances and two starts – both of which have been this past month in April. Last weekend he started and played 75 minutes in a 3-1 loss to Torino. Roma currently sits in seventh place, three points out of sixth place and a Europa League spot.

“He is learning a great deal, he’s doing much better, but we mustn’t forget he’s young and just arrived from a totally different style of football," Roma head coach Paulo Fonseca said after Reynold's first start for the club in 1-0 win over Bologna. "It’s not easy for him, he might’ve been a little anxious at first, but I liked his performance and he can do well in future.”

His breakthrough into the first team at Roma also saw Reynolds earn his first national team cap last month when he played the second half and impressed in a 2-1 win over Northern Ireland in a friendly in Belfast. Competition at right back is tight with Sergino Dest the clear starter. The need for a backup is there as Dest might also shift to the left side. Meanwhile, that leads Reynolds, Yedlin and Cannon in a tight competition.

On Sunday, Roma will head to Sardinia and take on relegation-battling Cagliari. It remains to be seen how much, if any, of a role Reynolds will play in this one as the club is clearly easing him into its first team. Next season will clearly be more of a realistic test for Reynolds, but he’s on the right path and Sunday could be another step.