The only thing American soccer never got was time.

Time to grow to quietly, over generations, outside the bright lights of television.

Like soccer around the world, which got a half-century start on the American game, the major American sports grew organically in cities and towns long before the pro games thrived.

The first sporting event I ever went to was an NBA game at New York's Madison Square Garden in 1962. My dad did a television commercial with Jack Twyman, who played for Cincinnati Royals, and he took me to see them play the Knickerbockers. I got to go into their locker room after the game and meet their other stars, Oscar Robertson and Wayne Embry. The NBA had just expanded -- to nine teams.

The NHL had six teams until 1967 when it doubled in size. The watershed moment for the NFL was the 1958 title game between the New York Giants and Baltimore Colts. It had 12 teams then. Major League Baseball was the biggest, most popular and oldest pro sport but until the Boston Braves moved to Milwaukee in 1953, the 16 teams were concentrated in 10 cities, none west of the Mississippi River.

Expansion came to American leagues after generations had grown up playing and following these sports. The community and sport clubs of Europe that everyone talked about this past week were the high school and college programs in the United States. The kids growing up playing soccer in the streets and parks were American kids growing up playing baseball and basketball and football on their own.

All the prime real estate for sports parks and gyms was taken long before soccer came along.

The NASL collapsed in 1984, seemingly ending any chance of outdoor pro soccer making it, but it had at least done its job and sparked interest in the sport across the country.

The late Ron Newman is perhaps the most famous soccer pied piper, best known for his work and that of his players with the Dallas Tornado in the heart of football country, but he moved to the United States to play for the Atlanta Chiefs in the new National Professional Soccer League in 1967. As our Soccer America colleague Ian Plenderleith described in his NASL book, “Rock ‘N’ Roll Soccer," "12,000 schoolchildren went through the Chiefs soccer clinics, while 42 area high schools had begun to play the game.” 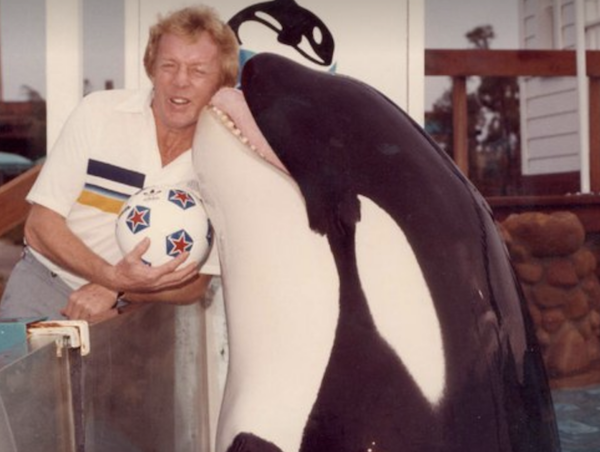 The work of the Chiefs and Tornado was repeated by others across the country. The Cosmos would not have taken off in 1977 without the groundwork their first coach, Gordon Bradley, did introducing the game across the New York metropolitan area. Soccer leagues and school programs popped up around the country, but they never became local institutions the same way that football and basketball, or baseball and ice hockey in their own ways, became linked to local high schools and colleges and in turn fed and feed players to the pros, tying the rope that connected them to the major leagues.

I've followed probably close to two dozen pro soccer leagues -- men's and women's, outdoor and indoor -- over the last 60 years. My oldest soccer memory is of watching a Sunday night telecast of an International Soccer League game in 1962, the same year my dad took me to the Garden. I didn't know what I was watching, but I remember going the next day to get my biweekly Monday haircut (ugh!) at Pete the barber's in Sloatsburg, New York, the next town over from where we lived, and Pete, who was a short Greek man, was talking with one of his friends sitting in the shop about the same game I had just watched. 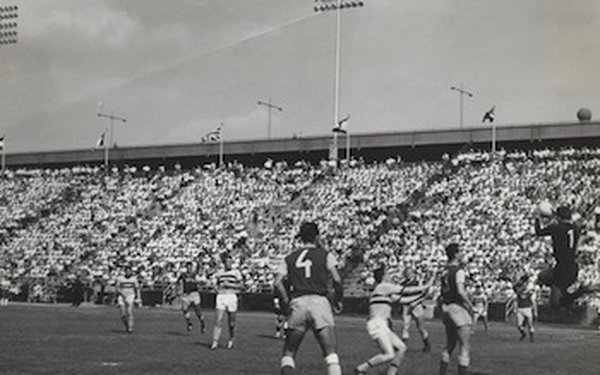 The most successful pro soccer league -- by a wide margin -- has been Major League Soccer. In terms of its staying power (26 years). Its size (27 teams). Its support (five straight seasons of average attendance of more than 21,000 before the pandemic hit). Its infrastructure (all the soccer-specific stadiums and training facilities built at a cost now in the billions of dollars). And its stability (only four teams have folded, only one, Tampa Bay, never replaced in their city). But interest in MLS remains minimal on the national level. One only needs to see where the audiences for the two opening games on ABC and FOX rank in terms of 2021 network soccer broadcasts or more broadly compared to network broadcasts of American major leagues.

I'd argue that has much to do with soccer's lack of strong local institutions that the other American major leagues benefit from and is the most important reason why an "open" model should be considered, both for creating stronger local soccer institutions and connecting them to MLS.

I have heard a lot of people last week talk about why an "open" system should replace the "closed" system that is in place in MLS and has been in place in every pro league since the Chiefs' outlaw NPSL and the rival United Soccer Association began in 1967. I haven't heard anyone say they believe an "open" system will happen any time soon. (I'd add that no one could have imagined, say, in 1985 that we'd ever see an outdoor league like MLS is today either.) 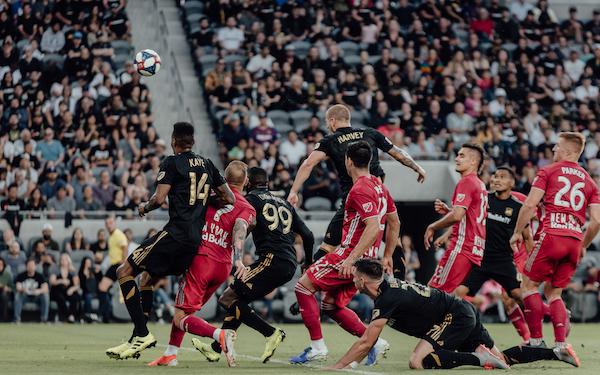 The local connections that tie neighborhoods and towns and cities to clubs are what make soccer unique around the world. They prop the sport up in the face of market forces that otherwise make it increasingly unsustainable. (Many point to the flood of American money into European soccer as a sign of the strength of its model. The counter: European leagues are desperate for investors, any investors, to keep their clubs afloat, and many clubs are for sale at bargain-basement prices.)

Without those local connections, an investment model grew the sport in the United States, and MLS took it one step further, instituting all kind of mechanisms -- single-entity, salary cap, targeted spending, limited free agency, restrictive player entry, all incorporated into a collective bargaining agreement -- to deal with those same market forces that set off the current crisis in European soccer.

Every now and then, the so-called Fricker plan is brought up. The plan the late Werner Fricker, the USSF president for seven years (1984-90), developed as the answer for a new pro league -- an open system with promotion and relegation across three tiers -- and presented at the 1988 AGM in Philadelphia.

We covered that AGM extensively in Soccer America. It was the USSF's 75th anniversary, and FIFA president Joao Havelange attended, just weeks after FIFA awarded the USA in the 1994 World Cup finals. But we forgot about the Fricker plan about as quickly as the plans for the Super League were dropped this week. Not because it was a bad plan -- it was, in retrospect, the best chance to introduce an "open" system -- but because the Fricker plan was simply never going to happen.

The Fricker plan was never going to work because there was nothing to build it on. American soccer was probably at its lowest point in the late 1980s. Ironic, given FIFA's view of the U.S. market as a gold mine. The stain of the NASL was still fresh on the walls of American soccer. The pro teams that existed in the new American Soccer League and Western Soccer League were weak. Most of the ethnic clubs that kept soccer going after World War II had disappeared. And the explosion of Latino soccer was still a few years off. College soccer was growing (modestly) but it didn't count -- it was outside the federation family, and if anything it was competition for everything the federation needed: donors, facilities, media support, coaches.

Those working on a new pro league were having a hard enough time trying to get one league off the ground -- the 1994 World Cup came and went without any certainty that MLS, even with a plan as brilliant as the plan was that Alan Rothenberg, Sunil Gulati and Mark Abbott devised, would happen -- let alone a multi-tiered league like what Fricker had proposed.

And then there was one other issue. Those that mattered -- FIFA pushing the federation to start a league, the networks offering coverage on which everything else in the league depended -- were never going to give what something like the Fricker plan needed above all else: time.

Sixty years of trying -- I'll include Bill Cox's ISL, my introduction to the game -- has gotten us to where we are today. MLS plus four other outdoor pro leagues (men's and women's). Eighty-nine pro teams operating this spring. Quite amazing actually. But still very, very imperfect.