The many great photographers who have contributed to Soccer America during its 50 years include Tony Quinn, the 2019 recipient of the National Soccer Hall of Fame Colin Jose Media Award. 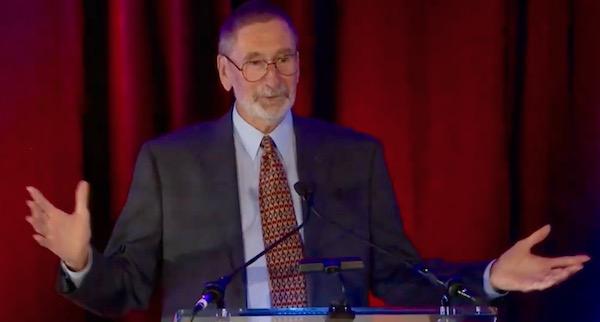 An apprenticed hairdresser, Quinn emigrated from England to the Washington, D.C., in 1962 after discovering how much more the profession paid in the USA. An avid soccer fan and goalkeeper, he played amateur ball for clubs including Deportivo Peru and Sporting Brazil in the D.C. area. Spotting a demand from the burgeoning sport at the youth level, he began importing soccer uniforms from the U.K. and soccer balls from Pakistan. The rise of pro soccer in the USA -- he covered the Washington Diplomats in the 1970s -- led to Quinn’s photography avocation becoming a career, which over the years expanded to a vast variety of sports and subjects.

Quinn has photographed soccer in more than 50 nations, at men's and women's World Cups, the Olympics, Copa Americas, college, and U.S. pro leagues from the NASL through MLS and WUSA. He covered every U.S. men's national team qualifying campaign since its run to the 1990 World Cup, and delivered shots from Haiti as the USA qualified for the first Women's World Cup in 1991.

What was photography like in the pre-digital era. Did you have a dark room in your house?

TONY QUINN: Yes, I turned a big closet into a dark room, which my wife wasn't happy about because of the chemical smell, and I used the bathroom for the final step. One day I went to pick up my son Andrew from school -- about a half hour each way – and kept the water running in the bathtub for the prints to rinse. We were home for a while when we heard odd noises from the kitchen. A print had clogged the drain, the water overflowed, and the bathtub dropped the through kitchen ceiling. No more dark room at home after that.

Now you download and upload digital images for your clients, but pre-digital -- you had to develop the film, make prints, and send them off …

TONY QUINN: There was a one-hour photo place where I gave a guy named Stan an extra $10 and he’d take care of me whenever I came in after a game. When other customers arrived, he said the machines were under repair. It was great because his shop was next to Federal Express.

What about when you were on the road, around the world?

TONY QUINN: It was a nightmare. You had to find a 1-hour photo shop and a Fed Ex, which was really expensive. … And film was expensive no matter what. To save money, like rolling your own cigarettes, we’d buy a 400-foot roll of film and spool it into a canister, 36 frames at a time. And then you had to be discerning how many shots you take. With digital, there’s no cost. I took over 2,000 photos at a game the other day. 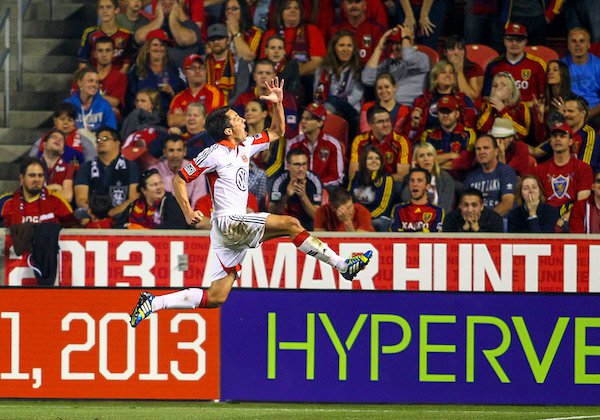 Quinn, the 1994 winner of best photographer for the National Association of Hispanic Newspapers, also covered politics and civil strife in Latin America as a staff photographer for El Diario Latino. That included events such as volatile elections win Colombia.

Were you ever in scary situations?

TONY QUINN: During the civil war in El Salvador [more 75,000 people were killed during it 1979-1992] El Diario De La Nación sent me there with a Washington, D.C. team. The players were 90 percent Salvadoran, a few Colombians, an Egyptian and an American goalkeeper. The U.S. supported the government against the FMLN guerrillas. Earlier in the year, U.S. advisors had been shot. We were on a bus headed to a small town called Chirilagua for the game. We had to travel through an area controlled by the guerrillas. Before we got there, we were stopped by the military and they warned us about a guerrilla checkpoint ahead where they would look for Americans on the bus.

Me and the goalkeeper moved to the back of the bus and they piled some gear and all the soccer balls on top of us. The guerrillas came on the bus and didn't see us. That was scary.

How'd the game go in Chirilagua?

TONY QUINN: The village was guarded by a military battalion, and they surrounded the field. We could see guerrillas up in the hills watching the game. At night, there was a big dance. I was dancing with somebody and this guy kept banging into my the back, really hard. I turned around and it was the butt of his machine gun that hung over his shoulder. 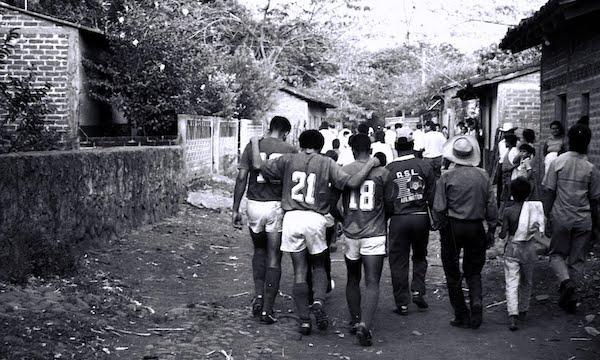 Using a directory of media outlets, Quinn starting sending photos to publications such as the now defunct Soccer Digest and Soccer America. One of his most memorable games early on was the 1980 Soccer Bowl at a soldout (50,768) RFK Stadium, where the New York Cosmos beat the Fort Lauderdale Strikers, 3-0. Between the NASL's demise in 1984 and MLS's launch 1996, Quinn covered leagues such as the APSL and college ball. One of his early Soccer America covers was of April Heinrichs playing for the North Carolina Tar Heels against George Mason University in the mid-1980s.

In addition supplying media outlets with photos from international tournaments -- such as the first two Copa Americas the USA took part of, Ecuador 1993 and Uruguay 1995 -- Quinn served as an official photographer for FIFA and Concacaf. His Olympic coverage included the first women's tournament, won by the USA in 1996, the 2008 Games in China, where a 21-year-old Leo Messi helped Argentina win the gold medal. Before assisting Angel Di Maria in the 1-0 final win over Nigeria, Messi scored against the Dutch in the quarterfinals. 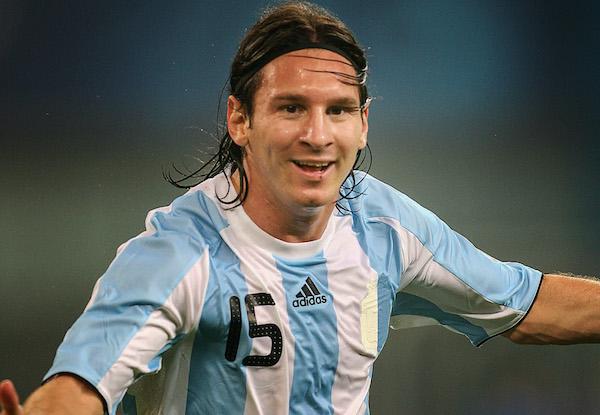 TONY QUINN: Holland against Argentina in Shanghai. It was the only time I ever had real strife with a fellow photographer. The Chinese photographer who sat next to me behind the goal spent the game with one hand on his camera and the other holding a cigarette that was lit the entire game, the smoking blowing straight into my face. An overtime game no less. When I asked him to stop smoking he just screamed something at me. But it was a great game. Messi scores, runs and looks all around, He sees me and starts running straight at me. Now this would be a good trivia question: When wasn’t Messi wearing the No. 10? 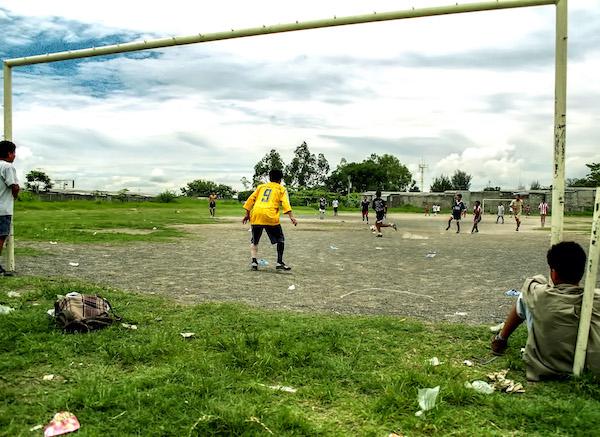 As much as Quinn enjoys shooting from the sidelines, he has delighted equally in capturing free play scenes from the countries he visited, including the above photo, from near the Estadio Cuscatlán stadium in San Salvador. The kids in the photo below are playing in the Boca neighborhood of Buenos Aires. 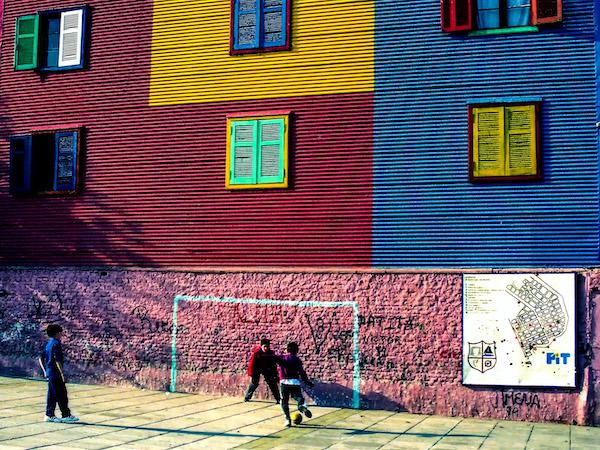 Now 77, he covers D.C. United and the Washington Spirit, and the D.C. area's NFL team, Major League Baseball's Nationals, and many of the University of Maryland's varsity sports.

"I enjoy all the sports, but soccer is my first love and it's what started my career," he says. "Soccer took me to places around the world I would otherwise have never visited."

Thanks to his cameras, he shared those experiences and helped chronicle the fascinating evolution of American soccer for nearly half a century.

You can check out more of Quinn's photos at tonyquinnfotos.com.

1 comment about "Tony Quinn on seeing and sharing the soccer world through his camera lens".
Next story loading