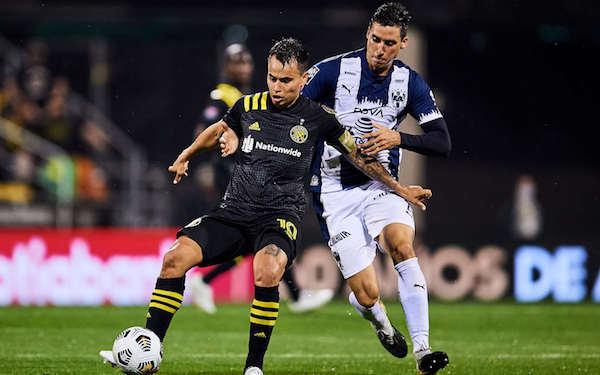 None of MLS's three teams will head to Mexico for the return games in the lead in their Concacaf Champions League series, but at least the Columbus Crew and Portland Timbers came back from first-half deficits to salvage ties.

That's where the similarities ended.

Columbus Crew-Monterrey (2-2). Not only did the Crew come back against Monterrey, it appeared to have won the game with a goal by Argentine star Lucas Zelarayan in the 87th minute. But it could not hold on to the lead, allowing Alfonso Alvarado to equalize for Los Rayados with an open header in the fourth minute of stoppage time.

The Crew will head to Monterrey without Zelarayan, who picked up his second yellow card in three games.

The call to sanction Zelarayan was one of four singled out by head coach Caleb Porter, who said the Crew deserved more than a draw.

In his postgame press conference, he referred to the officiating as a "joke" four times as well as "ridiculous" twice and "sad" twice and a "disaster" he saw coming.

The quarterfinals marked the first time VAR has been used in the Concacaf Champions League, and Porter took aim at American Chris Penso, the game's video review assistant, for two VAR decisions.

-- A play in the 34th minute when Crew forward Gyasi Zardes was wiped out by Monterrey keeper Luis Cardenas. Porter wanted a penalty kick or at least a review; and
-- A go-ahead goal by Bradley Wright-Phillips overturned for an offside call on teammate Josh Williams. Porter said there was no offside and it was certainly not clear and obvious.

“Why don’t they get the officiating sorted out?” Porter concluded. “It’s a joke." 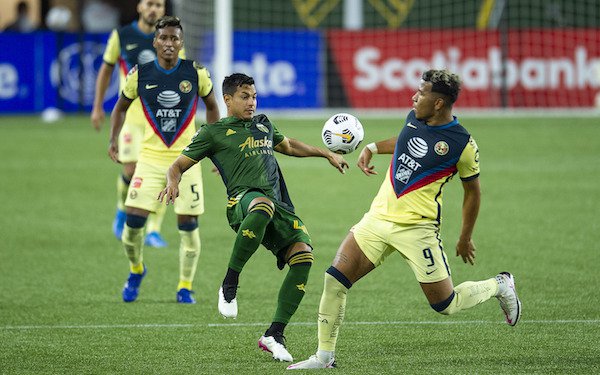 Portland Timbers-Club America (1-1). The ending was just the opposite at Providence Park. The Timbers needed a penalty kick in the seventh minute to earn a draw with America.

On a wild scramble in the penalty area,  Costa Rican sub Marvin Loria whacked a ball that hit a Club America player on the ground and the play was whistled for a handball.

Chilean Felipe Mora converted the penalty kick to earn the Timbers the draw.