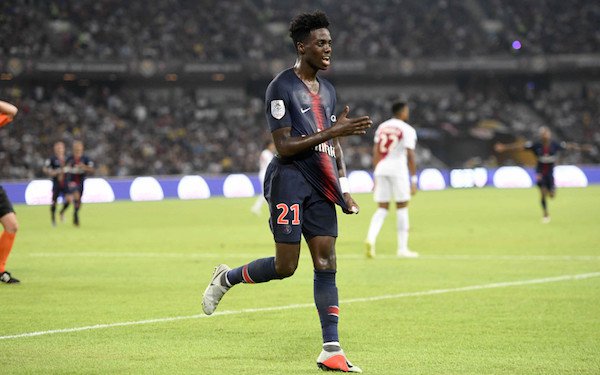 Photo: Tim Weah after scoring for Paris St. Germain in its 4-0 win over Monaco in the 2018 French Trophee des Champions played in Shenzhen, China.