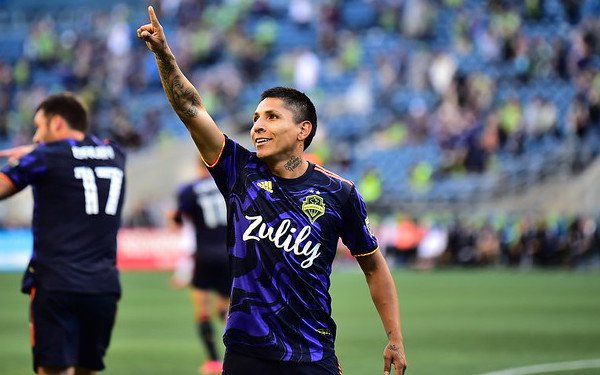 MLS has produced plenty of surprises so far in 2021. Plus a few confirmations. Here are five things we learned this weekend.

1. Only one unbeaten and untied team left. And it's a surprise: Real Salt Lake. Following up on its 2-1 win at Minnesota United, the 2020 Western Conference runner-up, it beat Sporting KC, first in the Western Conference in the abbreviated 2020 regular season, 3-1.

On Saturday, Rubio turned goal-scorer, contributing the go-ahead goal and insurance goal in the second half to complete RSL's comeback before almost 10,000 fans at Rio Tinto Stadium.

Still to come: RSL's third new attacker, Bobby Wood. He is headed to Utah sooner than expected after he was released from the final months of his contract at Hamburg. The Hawaii native is in Denmark, where his wife is expected to give birth to their second child soon.

2. Ruidiaz outshines Chicharito. RSL is the only unbeaten and untied team left following the LA Galaxy's 3-0 loss at Seattle. The third goal didn't come until the final seconds, but the game wasn't really close.

Raul Ruidiaz led the Sounders with two goals to give him four for the season, one less than Javier Hernandez, who received little service and went scoreless after opening with five goals in his first two games, tying an MLS record.

Few strikers have been as consistent as Ruidiaz has since he arrived following the 2018 World Cup in Russia: 37 goals in 56 regular-season games and nine goals in 10 playoff games for Seattle.

He's on Peru's shortlist of 50 players for this summer's Copa America. Between World Cup qualifying and the South American championship, he could miss about six weeks. But MLS will be off for the first two weekends in June and the second weekend of July.

Peru will play World Cup 2022 qualifiers on June 3 and June 8 when MLS is off, and the Sounders have five games during the Copa America, which begins June 11 and goes until July 10.

3. Cowell outdoes himself. Cade Cowell, 17, scored a goal and an assist -- both of the highlight-reel variety -- in San Jose's 3-1 win over FC Dallas, but he did one better on Saturday, contributing one goal and two assists in the 4-1 win over D.C. United.

After three weeks, Cowell leads MLS in assists with three.

4. CCL hangovers.  Between the first and second legs of the Concacaf Champions League quarterfinals, four of the five MLS teams were in action -- all but Toronto FC -- and none won.

The best any team did was Columbus' 0-0 tie against Montreal in Florida. Portland (4-1 at FC Dallas), Philadelphia (2-0 at home to NYCFC) and Atlanta United (2-1 at New England) all lost. 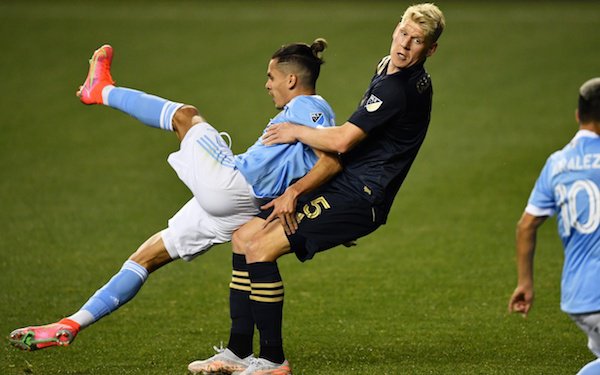 5. Loons mired in last. The biggest surprise after three weeks, bigger than RSL as the lone unbeaten and untied team or Chicharito's five goals or Cowell's three assists, has been Minnesota United, which lost its third straight game, falling to expansion Austin FC, 1-0, on Saturday.

In 2020, the Loons opened the playoffs with 3-0 wins over Colorado and Sporting KC and were a minute plus stoppage time away from beating Seattle, 2-1, in the Western Conference, so their lack of scoring -- one goal in the three losses -- has become a huge issue.

"We’re certainly not controlling any part of the game for long enough periods," said Minnesota United coach Adrian Heath. "We certainly haven’t had enough of a threat in the attacking third. And that’s put everybody else under pressure in terms of, that one goal either way at the moment, is going to prove very costly for us. And, that proved again today."

Heath's bottom line after another loss: "My overriding thoughts are that we haven’t done enough to win this game.”