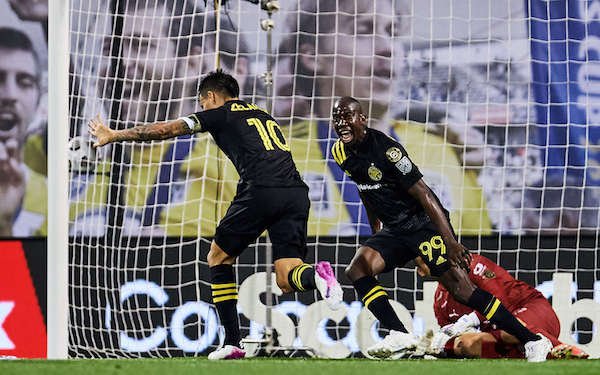 If past form is any indication, the three MLS clubs playing in the second legs of their Concacaf Champions League series in Mexico this week face steep odds.

The Columbus Crew (2-2 tie vs. Monterrey), Portland Timbers (1-1 tie vs. Club America) and Toronto FC (3-1 loss vs. Cruz Azul) head to Mexico, where no MLS team has ever gone for the second leg after tying or losing at home in the first leg and advanced.

Over 20 series since the tournament started in 2008-09, just three MLS teams clinched their series on Mexican soil, all after winning their first legs and all since 2018:

Here's the MLS record vs. Liga MX in the 20 series when MLS teams opened at home:

The closest an MLS team came to advancing after tying the first leg were the San Jose Earthquakes in 2014 when they tied Toluca, 1-1, in both quarterfinal legs but lost the shootout, 5-4.

The same ending stymied Toronto FC in the 2018 final. The Reds lost to Guadalajara at home, 2-1, won by the same score in Mexico, but fell on penalty kicks, 4-2.

MLS teams have won just 10 of 38 series with Liga MX teams, but they are 8-10 over the last four seasons after going 2-18 in the first nine seasons.

Here are the MLS vs. Liga MX series records: