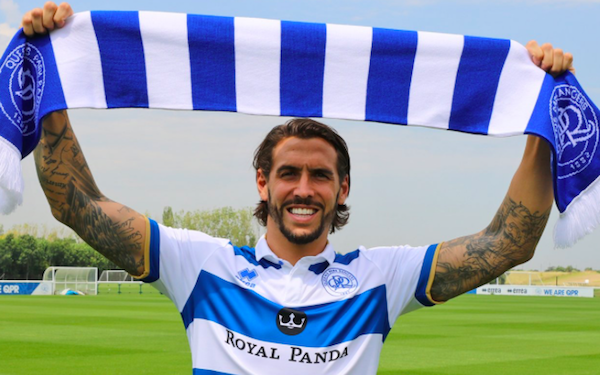 Geoff Cameron, the QPR captain, will leave the London-based Championship club following the 2020-21 campaign, which ends on Saturday.

The 35-year-old American originally signed on loan from Stoke City in August 2018 and has made 88 league appearances in three seasons with QPR. He joined Stoke City in 2012 after playing five seasons in MLS with the Houston Dynamo. His first six seasons in England were in the Premier League.

“I also played for Stoke in the Premier League, another club with a rich history, so to go on and represent QPR has been fantastic," Cameron told the QPR web site. "There have been ups and downs, but I have really enjoyed my time at the club. I have tried to represent the club in the best way possible, both on and off the field. I have tried to set an example for the young guys and give them as much knowledge as I could. There comes a time when you have to do the best for your family, and the future ahead of me, but I’ll always be a QPR fan. It’s a club I’ll forever hold close to my heart because it also allowed me to continue to call England my other home, being a dual citizen."

QPR, which faces Luton Town on Saturday, is currently 9th in the Championship, its best position since it dropped from the Premier League in 2015. Its played just three seasons in the Premier League since a run of 13 years in the top flight in 1983-96.

“Geoff has made 34 appearances this season and played a vitally important role both on and off the pitch," said QPR manager Mark Warburton. "He has demonstrated the normal hunger and desire to be ready for Saturday’s fixture. It will be his final appearance for the club before returning to the United States. I made Geoff club captain at the start of this season and he has embraced such a responsibility and worked tirelessly to help the squad develop and move forward."