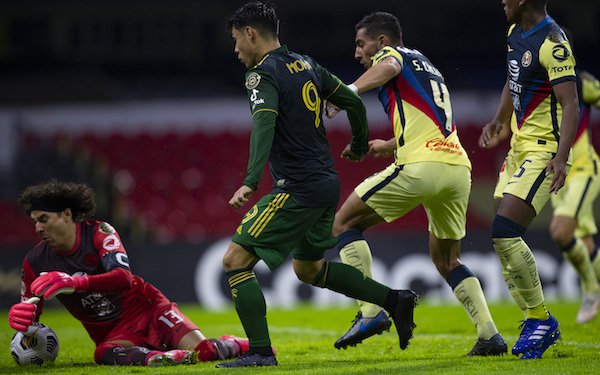 MLS entered the 2021 Concacaf Champions League without a win in 11 series when its teams traveled to Mexico tied with or trailing their La Liga opponents.

That streak continued on Wednesday as both the Portland Timbers, the 2020 MLS is Back champions, and Columbus Crew, the 2020 MLS Cup winners, exited. The Timbers fell to Club America, 3-1, to go out 4-2 on aggregate. The Crew lost to Monterrey, 3-0, falling, 5-2, on aggregate.

Portland was in the game in the 64th minute when it was awarded a penalty kick five minutes after Club America went ahead 2-0 on a penalty kick of its own. Diego Valeri converted the spot to draw the Timbers to within one goal of going ahead on away goals, but America pulled away with a third goal six minutes later.

The Crew fell behind in the 3rd minute on the first of two goals by Maximiliano Meza and never recovered in Monterrey. It was playing without suspended star Lucas Zelarayan.

For both teams, the quarterfinal runs were their deepest in three appearances in the regional competition.