If one wants an easy example of the improvement of the United States national team player pool, all one has to do is look at LaLiga. In the modern history of American soccer, success for American players in La Liga was exceedingly rare – with even fewer examples than in Serie A.

In many areas American soccer isn’t what it used to be. Domestically, MLS is churning out capable prospects at a better rate and, for a change, selling them. A top U.S. player has just led his club past Real Madrid and into the Champions League final – in a year where more Americans than ever before participated in Europe’s top competition. Another American midfielder starts regularly for Juventus.

That brings us back to LaLiga. At the time of the opening kickoff of the current season in September, there were just as many Americans still alive who have walked on the moon as there were U.S. internationals who have ever played in LaLiga. (Of the four, Kasey Keller, had the longest stint: more than 50 games in two seasons with Rayo Vallecano in 1999-01).

In a good example of how things have changed in 2020-21. An American player hasn’t just found a way to get into LaLiga with a few token appearances for mid-standings club (like, for example Shaq Moore did) – but rather has started most of the season for one of the world’s most powerful teams Barcelona. Combined with the fact Yunus Musah, 18, is a regular contributor to Valencia, the gradual progression of American players, on all fronts – and now LaLiga, has gone from first gear directly to fifth. 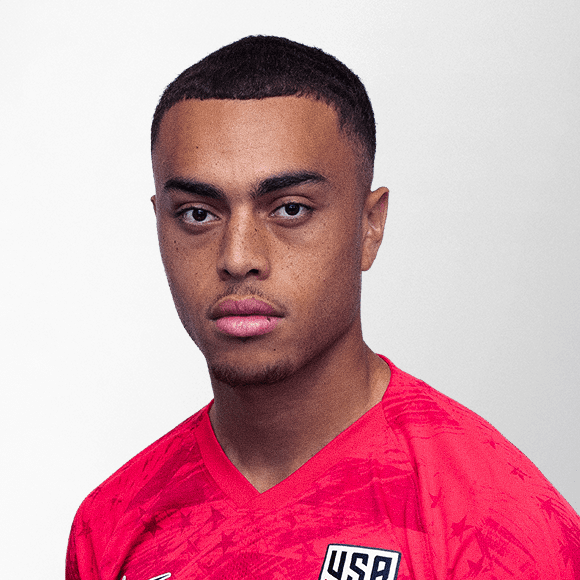 On Saturday, U.S. national team right back Sergino Dest and Barcelona will host league leading Atletico Madrid in a game with massive title implications. With four games remaining, it is a three-team race for the title between Atletico Madrid at 76 points followed by Real Madrid and Barcelona at 74 points (while Barcelona has the best goal differential in LaLiga, by far, the league uses head-to-head as the first tiebreaker. As a result, Real Madrid is actually ahead of Barcelona). What Saturday’s game means is that Barcelona will leapfrog Atletico with a win - and possibly move into first should Real Madrid drop points to fourth place Sevilla on Sunday.

For the 20-year-old Dest, the season has not been without its struggles but by all measures has been a big success. Last summer he was sold to Barcelona from Ajax for a fee of just north of $23 million and with a fee of that size, he was always likely to get a fair shot to prove himself. With Barcelona still in an era of transition as it gradually moves beyond its legendary core, Dest has been viewed as part of the team’s future.

Not coincidentally, one of Dest’s low points this season also marked the start of a positive transition for him. In the first leg of its Champions League Round of 16 matchup against Paris St. Germain, Dest struggled and had his worst game of the season in the unenviable task of trying to defend Kylian Mbappe.

Almost immediately after that game, however, Barcelona manager Ronald Koeman changed the team’s preferred formation to one with three central defenders and two wingbacks. As a result, Dest was pushed further up the field into the attack while also having defensive cover.

“In the new system, [Koeman] just said to me if you can, just go – go,” he added. “That's something that fits me really well. My attacking abilities are my strengths. I feel like I can take more risks..I feel like I can grow more in this positions and be more helpful to the team.”

Dest has thrived in that role and Barcelona has improved substantially. It won the Copa Del Rey (with Dest becoming the first American to do so), and it has climbed up LaLiga’s table to where it is now in striking distance of the top of the standings ahead of Saturday’s game.

For U.S. national team coach Gregg Berhalter, Dest’s rise is another example of the shift of his team’s player pool to an impressive level. While sometimes players have difficulties replicating club success over their respective national teams, that clearly wasn’t a problem for Dest who was outstanding for the U.S. team in March – where he played both left back and right back. While he rarely plays on the left side at the club level, he showed his value there in a friendly win over Jamaica when he scored a breathtaking goal from 30 yards to open the scoring of 4-1 win.

Dest is no stranger to huge expectations and hype. When he famously announced that he would represent the United States internationally in October 2019, it generated a wave headlines and marked a turning point in Berhalter’s coaching era. The following year he was the target of a transfer battle between two of the biggest clubs in the world in Barcelona and Bayern Munich. When Barcelona prevailed, expectations were again high on him in Spain that he could help the club continue with its winning tradition after the recent departures of Andres Iniesta, Luis Suarez, and the potential near departure of Lionel Messi.

“Obviously there is pressure playing for such a big club like Barcelona,” said Dest, who was born and raised in the Netherlands but has been a part of the U.S. national team program since Coach John Hackworth brought him into the U.S. U-17s in 2016. “For me, the pressure doesn't affect me a lot. I just try to play my own game. Of course, you have some bad games but if you're looking through social media, that is going to make it bad. It's not good for your mental recovery after a good or bad game. I just play. If I have a bad game, it's on to the next game. I don't focus on the media, that can break some people.”

“I feel like I've developed a lot at Barcelona,” he added. “I think that the system that we are playing right now, it's something that fits me really, really well. I am playing with the best of the game [in Messi]. Every training, if you look at him, you see what he does, it's unbelievable. I try to take a couple of things from him, of course it's really hard what he does, but I feel like I'm learning from all the players. It's really good for my development. I am at the right place to get to my full potential.”

Still a young player, Dest has impressed so far but big games that ultimately determine success await for both club and country. Saturday’s game against Atletico Madrid has the makings of such a game and is one of the biggest tests that Dest has had to date.