In its sixth game in seven days, the USA fell, 3-2, to Costa Rica in the 2021 Concacaf Futsal Championship final. The USA's Tomas Pondeca  received the tournament's Young Player Award. 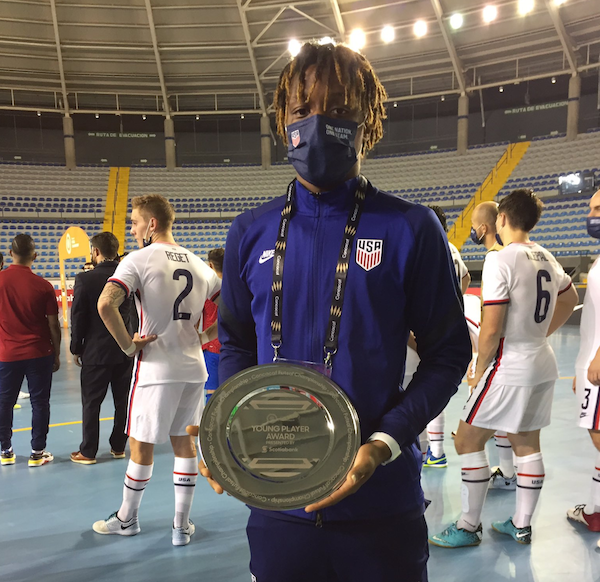 Pondeca, a Texas product, scored in the USA's 2-0 quarterfinal win that earned it a spot at the 2021 Futsal World Cup, hosted by Lithuania in September, along with Guatemala, Panama and Costa Rica, whose Milinton Tijerino earned the Best Player Award.

In the final, the USA went ahead on a Luciano Gonzalez goal, went down 2-1, and equalized with a Zach Reget golazo. But the Ticos' Daniel Gomez scored the gamewinner shortly before halftime to earn Costa Rica its third straight Concacaf Futsal Championship.

The USAs finish sends it to the Futsal World Cup for the first time since 2008.

Luciano Gonzalez and Jeremy Klepal scored for the USA in its 2-2 semifinal against Guatemala before the USA won the shootout when Eduardo Buenfil converted the USA's seven attempt after U.S. goalkeeper Diego Moretti stopped Fernando Campaignac's shot in the seventh round of kicks for a 5-4 win.