MLS kicked off its 25th season on Feb. 29, 2020. It suspended it on March 12 because of Covid. It returned to play July 8 with its MLS is Back tournament in the Orlando City "bubble." During the hiatus, the league made an extraordinary move. MLS announced on April 15 that it would run a top-tier boys league to serve as a replacement for the Development Academy, whose demise was announced 35 minutes earlier that day by U.S. Soccer. 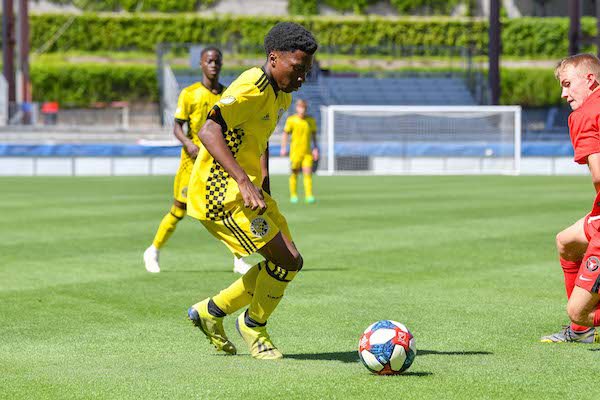 MLS's venture into the youth game was welcomed by many clubs that preferred to continue in a manner similar to the DA, instead of fielding its top teams in ECNL Boys, for example. MLS Next's first season, 2020-21, launched last September with 78 amateur and five USL clubs on board, in addition to 30 MLS academies. The pandemic forced plenty of game cancellations and late starts, such as in California where team sports weren't OKed until March.

"Considering the constraints we operated under because of Covid, we are very satisfied with how the first season went," says MLS Technical Director of Youth Development Fred Lipka.

When MLS decided to run a nationwide youth league, the severity of the pandemic’s impact wouldn’t have been apparent. MLS thought its season would be suspended for only 30 days, but that stretched to four months, and return to play came without ticket revenue. Commissioner Don Garber said league-wide revenue was down almost $1 billion in 2020 compared to 2019 and it could lose close to $1 billion in 2021. Lipka says the owners' support for MLS Next has not wavered.

"They're fully behind it," Lipka says. "MLS is committed long-term to this platform going forward. It was the worst of years, but we're seeing the light at the end of the tunnel and look forward to celebrating our clubs in Frisco."

MLS Next announced on Wednesday it would hold its inaugural playoffs (U15, U16, U17, U19) and a showcase June 25-July 3 in Frisco, Texas, home of FC Dallas. The announcement of the postseason event came late because MLS Next was assessing the risk of Covid spread. The league had only recently scheduled games that required air travel and hotel stays, adhering to U.S. Soccer’s Covid prevention recommendations and government regulations. It canceled inter-state competition when state leadership such as in California restricted it. MLS Next's business plan doesn't depend on revenue-producing showcase events, making it easier to be cautious and patient amid a pandemic in which nearly 600,000 Americans have died from Covid-19.

MLS charges a $50 registration fee for players and staff, but it doesn’t charge a team or club fee. An MLS source says that what the league spends on MLS Next significantly exceeds the registration fee income, which amounts to just a small fraction of what U.S. Soccer was spending on the DA.

The MLS Next Playoffs in each age group will be a 32-team single-elimination tournament. The format was chosen in part to resemble international youth championships -- to put the young American players in must-win games, the importance of which came to the forefront again after the U.S. men’s recent failure to qualify for the Olympics (a U-23 tournament).

Knocked-out teams will enter the showcase, guaranteeing all teams three games in four days. The showcase schedule mirrors the playoff schedule so clubs can reserve flights and book hotels without having to wait for the final regular-season standings.

For the quarterfinal winners whose stays will be extended by one or two games, MLS is paying for the extra hotel days, will mimic for them an MLS first-team experience by providing similar meal plans and charter buses, and will subsidize the extra costs for the flight changes.

The MLS Next Cup Playoffs/Showcase is being run with the consultation of those who orchestrated the successful MLS is Back Tournament and NWSL Challenge Cup when organizing such sporting events during a pandemic were uncharted waters. 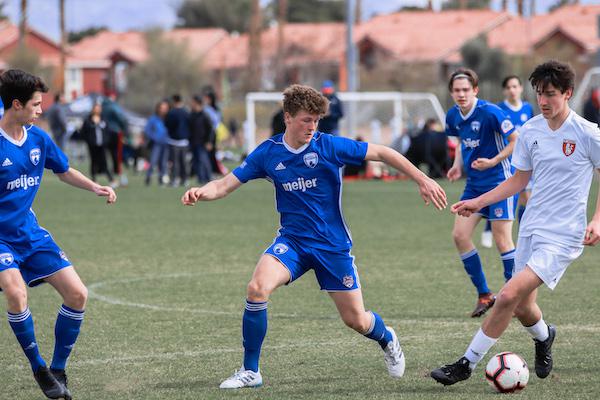 That MLS stepped in the DA’s void to run a league whose members are mostly amateur youth clubs may have surprised because it was known that MLS clubs had been considering a youth league of their own – complaints included that too many of their games weren’t “meaningful.” On the other hand, MLS clubs had to appreciate the administration and investment that U.S. Soccer provided.

It’s worth noting that within the year of the DA’s demise, we’ve seen a number of high-profile young American players who were impacted by the DA move to Europe on transfer fees to MLS clubs. There’s also been a spike in MLS clubs’ homegrown players breaking into first teams. It’s a success that would not have come without the historic groundwork of the amateur clubs or their continual contributions to player development.

When MLS clubs considered leaving the DA, they must also have contemplated how they would scout for the nation’s most promising young talent without a DA-like setup, in which every MLS club’s game with an amateur club was a scouting opportunity. That’s how it is with MLS Next.

The benefits of how MLS might profit from being part of the American youth soccer landscape far and wide aren’t hard to see. Beyond it helping their clubs discover talent in a convenient manner, the marketing potential of youth soccer is renowned. The big test for MLS Next comes with how it treats the amateur clubs.

MLS Next season 1 came amid the pandemic, with short preparation, and a honeymoon period because the amateur clubs that wanted to remain in a DA-like league appreciated MLS coming in to provide that. For its part, MLS Next can replicate the best of the DA’s approach with the benefit of knowing DA history enough to have learned from its flaws.

Ultimately, success for MLS in this youth venture means steering the best young players to MLS clubs. For MLS Next to be successful depends on the amateur clubs benefiting from that arrangement.