The Copa Libertadores is in full swing and Group C, this year’s Group of Death, is shaping up to be a very intense race. While it was expected that Brazil's Santos and Argentina’s Boca Juniors would be the favorites to advance, the current leaders through four rounds is actually Ecuador’s Barcelona SC. 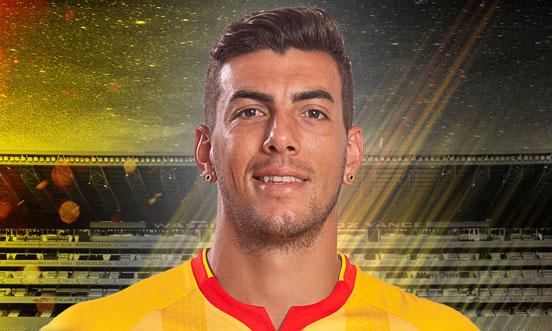 It began with a 4-0 win over Bolivia’s The Strongest, and then was followed by a 2-0 away win over Santos in Brazil and a 1-0 win at home over Boca Juniors. On Tuesday, Barcelona suffered its first setback when it dropped a 2-0 decision to The Strongest in La Paz, which is a very difficult place to play at nearly 4,000 meters (12,000 feet) above sea level.

California native Michael Hoyos, 29, has featured in all four of Barcelona’s games – starting in the first three wins and coming off the bench in the loss to The Strongest. His performances have been part of an overall effort that now has the club still favored to finish in the top two of the group and advance to the knockout rounds.

“It's surprising for the fans,” Hoyos told Soccer America. “Obviously, it's what we wanted. Who wouldn't want this start? With the clubs in the group, it's difficult. We've been having great games, great tactically -- everywhere. Obviously winning against two big rivals like Santos in Brazil and then Boca here in Ecuador - which is historical because I think they played three or four times and they could never win. We have a big chance of advancing to the next round. In these next games we can get some points, which it's going to be really important for us.”

The move to Barcelona was delayed at the start of the season because Barcelona’s foreign roster spots were occupied when he signed. Hoyos was in the process, however, of becoming an Ecuadorian citizen and that materialized in March. From then, he was cleared to play. “I'm at my best at the moment,” Hoyos said. “I've been escalating up these last couple of years and now I'm here in Barcelona, which is the biggest club here in Ecuador and a big club in South America. I'm really happy.”

Barcelona SC, founded in Guayaquil by Spanish immigrant Eutimio Pérez, who named the club after his hometown, is Ecuador's most successful club with a record 16 league titles and the only club never to be relegated from the top tier. It finished runner-up in the Copa Libertadores in 1990 and 1998. Barcelona faces Boca Juniors May 20 and Santos May 26 in its final group games of this season's Copa Libertadores.

In recent years, American fans have recently become accustom to watching players make lightening quick rises in their careers at very young ages. Sergino Dest, Weston McKennie, Gio Reyna and Christian Pulisic all made their Champions League debuts in their teenage years and now make up a core of the national team. Hoyos was once considered to be on a similar path in Argentina.

He was born and raised in California’s Orange County and played for the Irvine Strikes. In 2007, he was recruited to join Estudiantes in his parents' native Argentina. At the time, Estudiantes was one of the best clubs in South America and he made his first team debut at age 18 – scoring a wonder goal against Boca Juniors. That put him on the radar for the youth teams of both the United States and Argentina but being such a young player and playing in Argentina, there was pressure to choose Argentina.

“I played for Argentina’s U-20s at a time I was taking my first professional steps with the first team at Estudiantes,” Hoyos recalled. “It was hard because I obviously wanted to come to the States but I couldn’t because of the trip and I would miss playing games for Estudiantes. I had the national team with Argentina close. I could play for the national team for a few days and then go back to my club.”

Things happened very quickly for Hoyos. He continued to play for Estudiantes and that summer, he accompanied Argentina’s national team to the World Cup in South Africa to serve as a practice player. He was widely expected to be an integral part of Argentina’s U-20 World Cup team in 2011.

The following year, however, it all fell apart.

On April 4, 2011 he was involved in a serious car crash in Argentina that left him in intensive care and kept him in the hospital for several weeks. He missed the entire 2011/12 season and made just one appearance for Estudiantes in 2012/13. He attempted a move to Europe at OFI Crete in Greece but it lasted just 13 games. After that, he returned to Argentina for a couple of stints various second-tier. It wasn’t until his move to Ecuador’s top flight in 2017 when his career began to revive.

The car cash was nearly 10 years ago and it has been a slow process for Hoyos to get back on track from both the physical and mental toll it took. During that time, he became religious, married, had a family and was able to finally get past the challenges of having so much at such a young age – and losing nearly everything.

The tough journey has now made him appreciate his life and career even more.

“It's been a tough ride,” Hoyos said. “It happens to a lot of players, not only me. Everyone knows at a young age where I got to be. After the accident, I had to start over again. It was like a whole new start. To climb back and find my way and was really difficult. A point I think which changed my life was when I when I met God, and that gave me a peace and let me get rid of all my burdens that were really making me struggle, mentally. That moment has changed in my life -- not only in sports, all of my life and my family and everything. It feels it feels great to be here. It's always good to look back to see where one came from. ... I still have more to achieve.” 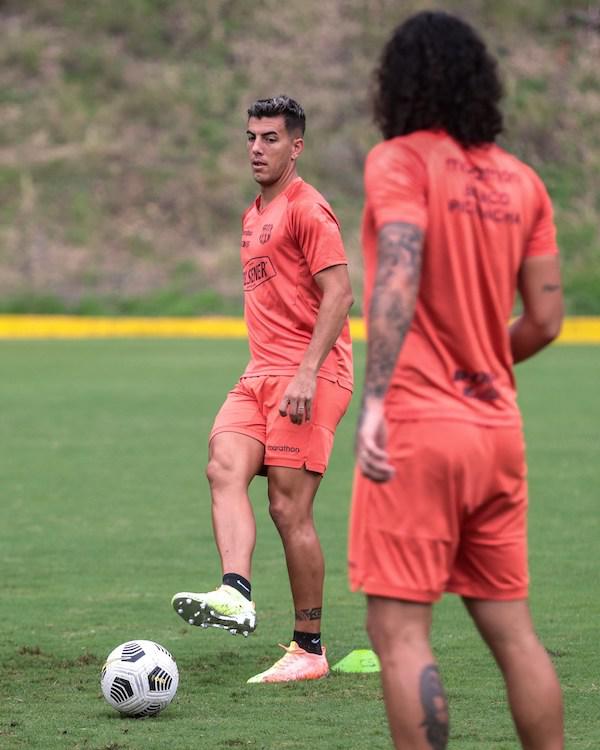 USA-born Michael Hoyas, both of whose parents hail from the Buenos Aires area, played for the Irvine Strikers and attended Santa Margarita Catholic High School before moving from Southern California to Argentina with his mother at age 15. He joined the Estudiantes de la Plata youth program and made his first-team debut in 2010 at the age of 18. Hoyos played for Argentina in the U-20 South American Championship that qualified it for the 2011 U-20 World Cup.

As for his future, Hoyos remains ambitious for the success he never got to achieve in the past. In addition to the Copa Libertadores, there is also the Ecuadorian Liga Pro championship where Barcelona and Emelec are vying for the top of the standings – currently 10 games into the season, Emelec has a two-point lead. This Sunday, Barcelona visits Nueve de Octubre and Hoyos has scored two goals in five appearances so far in the current Liga Pro season.

He also hopes that crowds will return to stadiums again and, in Ecuador, the games are still completely without fans. The Estadio Monumental is typically alive and full of passionate supporters during Barcelona games. For now, it is quiet.

“Every weekend the stadium was full,” Hoyos said. “Here in South America, or Ecuador at least, a lot of big clubs and a lot of the fans -- they motivate you. In Ecuador it hasn't started yet to allow at least a percentage of the people. Obviously, we're going through a great moment right now as a team. Having people there, feeling that adrenalin from them, hearing their chants, it's really different without a crowd. But we have a we have our job to do, which is to play the games and win tournaments.”

But Hoyos is still very much connected to the United States -- on many levels. Before the COVID-19 pandemic, he was able to return to the United States with his family to see is brother, father and cousins. He is also an active follower of MLS and tries to watch as many games as he can -- insisting that he would love to have the opportunity to play there now that he is in form. While the United States national team is very young right now, he insists he won’t give up hope.

“Last year I was following MLS a lot because the games they were on television and I would watch almost all the games I can,” he said. “When I can I watch and enjoy it because it is American, that's where I'm from. It'd be great to one day play there.”

“To get called up by the United States has always been something I dreamed about. It's still open and it would be great for that to happen,” he added. “For now, I'm just really just enjoying the moment, living through everything. I'm just waiting and focused on where I am.”

For Hoyos, his career has been a rollercoaster. His dreams still seem very ambitious, but considering where he has been, what he has overcome, and the opportunity he now has earned for himself in the Libertadores, he’s earned the right to be ambitious.