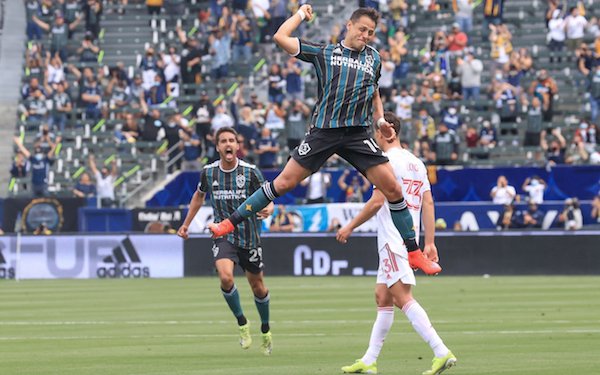 Through the first four weeks, average viewership for MLS games on its English- and Spanish-language networks is up 30 percent compared to the final average for the 2020 season.

The increase is boosted by the proportion of network telecasts to date. The viewership for the three games on ABC are up 70 percent compared to 2020 when ABC aired its first regular-season MLS games in more than a decade and 56 percent when you incorporate the ESPN Deportes viewership for the same games.

ABC aired two regular-season games in 2020; it will air two more in 2021 (Portland-LA Galaxy on May 22 and Atlanta United-Columbus July 24).

The strong start of LA Galaxy and its Mexican star, Javier “Chicharito” Hernandez, has contributed to its the 2021 increase in MLS viewership. All four Galaxy games have aired on national television -- two on FS1/FOX Deportes and one each on ABC/ESPN Deportes, FOX/Fox Deportes -- and their viewership is up 34 percent compared to the 2020 average for national broadcasts.

The increase is even greater on the two Canadian networks: up 109 percent on TSN and up 28 percent on TVA for an overall average of 114,000 viewers, up 84 percent compared to the final 2020 regular-season average.