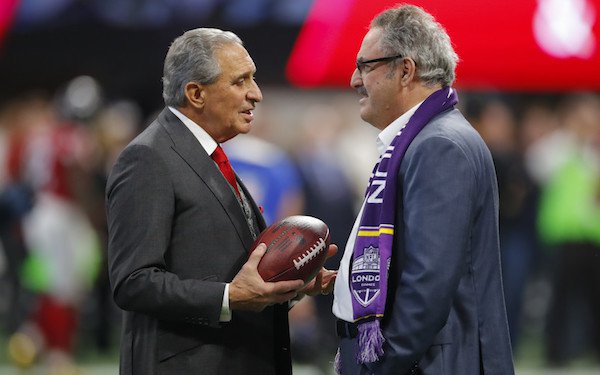 The Wilf family, owners of the Minnesota Vikings, are in the process of buying MLS' s Orlando City, the NWSL's Orlando Pride and other related soccer assets, including Exploria Stadium, from Brazilian Flavio Augusto da Silva, who launched Orlando City as an MLS expansion team in 2015 after four seasons in USL PRO.

The Wilf family has a minority stake in second-year MLS team Nashville SC and bid for the MLS expansion team in Minnesota that went to a group headed by Dr. Bill McGuire and began play in 2017.

Zygi Wilf, the Vikings chairman, his brother Mark and their cousin, Leonard Wilf, are involved in their soccer interests. The Wilf family made their fortune in real-estate development and management in New Jersey, where Joseph and Elizabeth Wilf, Holocaust survivors from Nazi-occupied Poland, moved in the 1950s.

In a statement, the Wilfs said they were optimistic that the deal will be finalized after the customary closing process is completed.

"With their passion for the sport and Orlando's two teams that are in position to compete for trophies," said da Silva, "I am confident that the Wilf family will continue to push Orlando City SC to new heights."

Of the teams that joined MLS when it went on an expansion spree, beginning in 2015, Orlando City is the first team whose majority interest has been sold.

Sportico recently reported that the sale price will likely be in the $400 million-$450 million range.