In the modern era of the game, 23 years old is still young for a central defender. That is currently the age of Cameron Carter-Vickers, who boasts a remarkable set of experiences for a player of his age. It hasn’t always been great either, but the American defender has clearly been on the right path since 2020. Starting on Monday, he will get to play in the most meaningful games of his career. 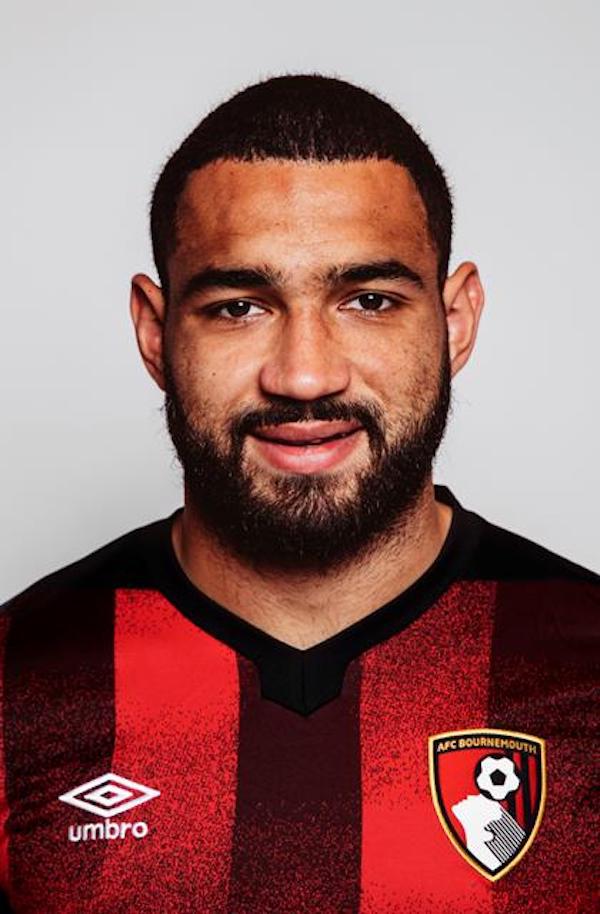 Carter-Vickers began his path rising up through Tottenham’ academy. He was born in Southend in England, about 40 miles from central London. His mother English and his father, Howard Carter, was an American professional basketball player who played in the NBA before moving overseas (and while he was playing in France, was awarded French nationality so that he could represent the country’s national basketball team).

As Carter-Vickers was blossoming in Tottenham’s academy, he signed a first-team contract and was fast-tracked into the first team. After a few appearances in cup games, Tottenham decided to send him on loan in 2017 -- something which became a repeated pattern. At first it was with Sheffield United, and it was followed by stops at Ipswich Town, Swansea City, Stoke City, Luton Town and it has ended with AFC Bournemouth -- where he currently plays.

At his age, he has now played a total of 10,537 first team minutes across all competitions with seven different clubs.

It hasn’t been a smooth ride. The loans to Sheffield United and Stoke City were terminated early. His minutes at Tottenham and his first four loan stops were largely unimportant, coming in low-priority cup matches or were with Championship clubs stuck in mid-standings with no chance of promotion or no chance of relegation.

In 2020, everything began trending upward for Carter-Vickers. After an unsuccessful loan to Stoke City, he was recalled early by Tottenham in January and sent to Luton Town, which was deep in the relegation hole and in last place. When Carter-Vickers joined, the defense improved dramatically and the American was a big reason for the club’s improbable survival. He ended up starting 15 games since joining and the club won six times, drew six times, and lost only three times.

Luton Town wanted to keep Carter-Vickers after that season but simply could not meet Tottenham’s asking price. Instead, Tottenham agreed to send Carter-Vickers on loan to AFC Bournemouth in the Championship (second division). This was a far different situation, however, as it gave him a chance to finally join a club with a chance of promotion.

After dealing with an early season injury, Carter-Vickers moved into Bournemouth’s starting lineup once healthy. He picked up where he left off with Luton Town, playing strong soccer and helping Bournemouth to a sixth-place finish in the Championship.

Bournemouth made a managerial change at the start of February, firing Jason Tindall and replacing him with former Tottenham and English national team central defender Jonathan Woodgate. Since Woodgate joined, Carter-Vickers improved even more.

“I’ve done a lot of work on Cameron last year because I was close to taking him when I was at Middlesbrough – so I knew all about him,” Woodgate told the Bournemouth Echo in March. “Then in lockdown, I’d done a lot more work on him as well. I spoke to a lot of people for him. We were going to look at him for this season, if I’d have still been in charge at Middlesbrough. He was heavily on my list.”

“OK, he’s not the tallest but he’s a very, very good defender,” Woodgate added. “His leap is good, he’s quick, he’s decent enough on the ball for me. What he does need to improve on is in the opposition box, scoring more goals, but I like him as a player, I like his personality. He wants to defend first and I think that’s important in this league. I’ve really enjoyed working with him. He hasn’t missed a minute and we’ve kept four clean sheets with him in the team.”

The sixth-place finisher earned the club a spot on the Championship promotional playoffs, which begin on Monday. AFC Bournemouth will host third-place Brentford. The return leg will take place on Saturday, May 22. If Bournemouth prevails, it will take on the winner of Barnsley and Swansea City at Wembley Stadium on May 29 for a place in the Premier League.

Between his successful loan at Luton Town, the promising season at Bournemouth, and now the enormous games that await starting next week, Carter-Vickers has put himself into a great position to finally achieve stability at a high level. His contract with Tottenham is set to expire next month and the days of moving constantly from club to club are drawing to a close. Obviously with better performances in the weeks ahead, there is the likelihood that his landing spot will be with a strong club – perhaps even with Bournemouth, especially if it secures promotion.

There is also the issue of the United States national team. Carter-Vickers first began attracting interest from U.S. Soccer in 2014 when Tottenham’s academy defeated the U.S. U-17 team. From there, U.S. Soccer began the process of assisting Carter-Vickers in acquiring his U.S. passport. Later that year, he was called up for the first time by U.S. U-18 coach Omid Namazi.

Carter-Vickers, however, still stands as one of the most successful U.S. U-20 players of all time having been a starter in the backline at the 2015 and 2017 U-20 World Cups, where the team advanced to the quarterfinals each time.

"Considering what Cameron has done with us, I think he’s playing well above his years,” former U.S. U-20 head coach Tab Ramos said in 2015. “When we went into qualifying he had barely turned 17 before we left. He’s a very young player for his age group but yet he plays like an older player. He’s very calm, he directs his teammates and he doesn’t mind voicing out information on the field.

“When I look at Cameron I don’t really see a young player, I just see another player on the field who can contribute. He’s very good one-on-one and in the air, so he has a lot of excellent qualities for the future of this program, not just our team.”

When the U.S. team was led by interim coach Dave Sarachan, Carter-Vickers was a regular. Under Gregg Berhalter, however, he has struggled for call-ups and his only cap under Berhalter came as a substitute on June 5, 2019 in a 1-0 friendly loss to Jamaica.

Thus far in Berhalter’s depth chart, Carter-Vickers appears to have fallen behind a long list of central defenders including John Brooks, Chris Richards, Matt Miazga, Aaron Long, Tim Ream, Mark McKenzie, Erik Palmer-Brown and Miles Robinson. He has his work cut out for him to climb past that list of players but he’s in a far better position now than he has ever been.

The Championship’s promotional playoffs are watched by a lot of eyes. A successful run there followed by the end of his Tottenham contract could see him offered stability – possibly even in the Premier League. That will only bolster his resume in the eyes of the national team.

After seven clubs and over 10,000 minutes, Carter-Vickers is setting himself up for a strong next chapter of his career.