Werder Bremen, the Bundesliga team that has spent the most seasons of any club in Germany's top tier, could go down on Saturday. Its leading scorer -- 5 goals, 2 assists -- is the 21-year-old American Josh Sargent. The Bundesliga official site wrote: "Bremen top scorer Sargent could certainly do with a pick-me-up: the U.S. international hasn't scored in his eight appearances across the  [10-game winless streak with 8 losses] dip." 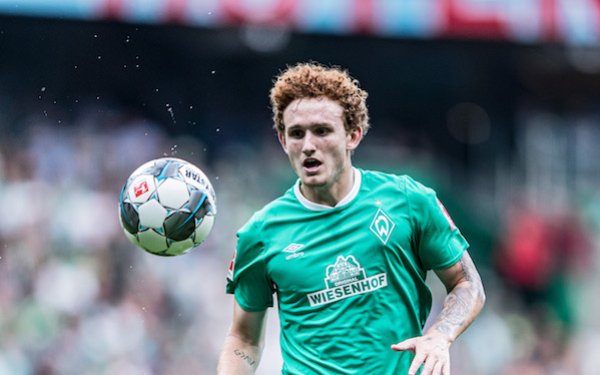 Last season, during which Sargent had four goals and four assists, Werder Bremen needed a win on the final day to secure a 40th straight Bundesliga season and extend its record 57th overall in the 58-year-old league. This season, its dismal late run resulted in the firing of Coach Florian Kohfeld, who was replaced by Thomas Schaaf, a legendary Bremen star whose last coaching stint ended in 2016 with Hannover 96, for the final game.

Werder Bremen, whose license for next season was approved under the condition of paying off massive debts by September, is fighting to fend off bankruptcy. Second division status would greatly diminish its attractiveness to investors and the sale of top players may not bring sufficient income to pay of debts, reports RTL.de, because the most likely to interest other clubs -- Milot Rashica, Ludwig Augustinsson and Sargent -- have underwhelmed this season.

For his part, Sargent's stock should still be high considering his young age and the glaring lack of service he receives for scoring chances. Whether or not Sargent stays in Bremen for a fourth season, he has a chance to be the hero on Saturday.

The scenarios:
• Werder Bremen beats Borussia Moenchengladbach
Bremen stays in the top flight if Arminia Bielefeld loses or ties at VfB Stuttgart.
Bremen enters the playoff if Arminia Bielefeld wins.
Note: Gladbach with a win, or even a tie, could qualify for the inaugural UEFA Europa Conference League if other results go Gladbach's way.

(These scenarios consider Werder Bremen goal-difference superiority ahead of Saturday at -19 compared to Arminia Bielefeld (-28) and FC Köln (-27).