Sunderland still learning to cope with life in the lower tiers

As the Spanish, French, Italian and English domestic seasons closed top-flight play at the weekend, you may have missed a game further down the latter’s pyramid. In the League One promotion playoffs, my hometown team Lincoln City secured a place in the final at Wembley next Sunday after beating Sunderland FC over two games. The matchup was not only remarkable because of where the two teams currently are, but also because of where they were just five years ago.

"We saw you cry on Netflix!” has become a taunting chant aimed at Sunderland fans by their opposing counterparts in English soccer’s third tier. Sunderland Til I Die was watched around the world, especially by those following a well-supported club where high expectations have been crushed. The first series of the behind-the-scenes documentary was supposed to show them bouncing back into the Premier League following their drop to the Championship (tier two) in 2017. Instead, it bore witness to a second successive relegation, with the unofficial sub-title How Not To Run A Professional Soccer Club, Part 34.

So, exactly five years ago, Sunderland was about to begin its 10th  successive season in the Premier League. Lincoln City, meanwhile, was about to begin its sixth season in tier five, the National League. It had just finished in 13th place, its best finish in that division since dropping out of the Football League in 2011. That is, it was 88 places below Sunderland, and in another financial universe altogether. Following promotions in 2017 and 2019, though, Lincoln City's world collided with Sunderland’s and the teams have now met a total of seven times over the past two seasons. 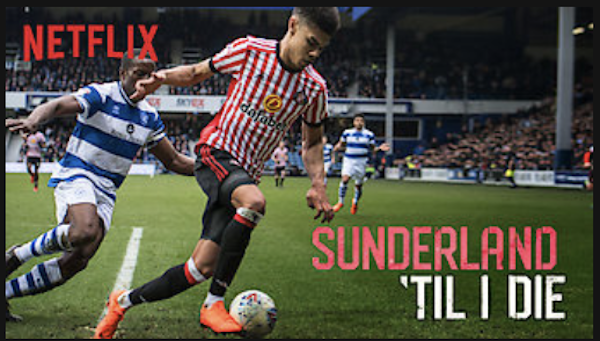 When a team like Sunderland ends up in the same division as a team like Lincoln City, it’s generally viewed as a temporary state of affairs until the big boys return to their ‘rightful place.’ That may well happen in the coming years, or even sooner if Lincoln doesn’t overcome Blackpool in next Sunday’s final. Those of us who watched Sunderland Til I Die, though, are likely less surprised at the former EPL team’s present status. It wasn’t just down to the team’s lousy form, but to years of haphazard, mediocre management.


There was no sign of all that money that had flowed into the club from a decade in the Premier League. It had been squandered on eye-watering wages for players unable to perform. As the club scrambled to adapt to its new status, its plight was summed up by the $100,000 a week contract for its injury-prone midfielder Jack Rodwell, who’d cost the club $14 million from Manchester City in 2014. In four years with Sunderland he made 67 league appearances and scored just five goals.

Lincoln, meanwhile, moved upward while keeping a tight rein on their finances, boosted by around $1.4 million from their run to the quarterfinal of the FA Cup in 2017, the season they moved up from the fifth tier and back into the Football League. The temptation might have been to spend that cash on better players for higher wages. Instead, they continued a policy of steady growth using solid, experienced pros, supplemented by young prospects often taken on loan from bigger teams. This season’s success, for example, has been aided by the outstanding defender TJ Eyoma (aged 21, on loan from Tottenham Hotspur), the thrilling Morgan Rodgers (18, Manchester City), and the solid goalkeeper Alex Palmer (24, West Bromwich Albion). 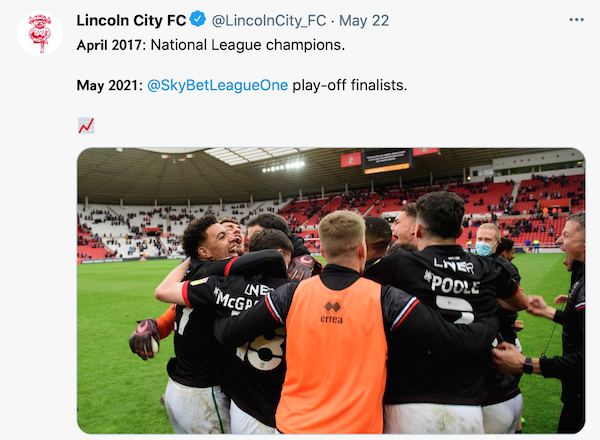 Given that I’m a Lincoln City fan who regularly criticizes the predictability and egotism of the Champions League and the EPL, you’d be right to think that I’m taking a particular satisfaction from the weekend’s playoff victory. That’s only true up to a point, though. I’d have nothing against these competitions if they were structured with the rest of the game in mind. As it is, the rush for cash and glory with barely a thought for the health of the game as a whole means that you end up with basket-case clubs like Sunderland, run without any heed to their own long- or even medium-term health.

Sunderland has been victim of its own incompetent front office, but has also suffered from the culture of greed and short-sightedness that have bedevilled European soccer for the past 25 years and caused problems for imprudent clubs at all levels of the game. Some of these clubs have fallen prey to vulturous or hopelessly incompetent owners, but many have spent way above their means to either keep pace with the pack, or in a grab for short-term success.

The meritocratic English pyramid is a wonderful phenomenon, with its promotion and relegation all the way from the EPL down to the thousands of regional clubs in 140 different leagues. Theoretically, any team can end up in the top division playing Liverpool and Manchester City, even Lincoln. Its triumph over Sunderland is testimony to a system that thrives when a spirited club combines realistic goals with sustainable ambition.

Clubs the size of Sunderland, though, only pay lip service to the benefits of this system until they’re forced to confront it through their own failures. Of course, with their huge stadium and fan base they should be playing at a higher level. Hopefully they can use the years in League One to learn a thing or two about financial planning. And if they make it back to the EPL, they can tell their fellow top-flight teams all about life down below, and why it’s time to stop paying wages of $100,000 a week to unremarkable performers. In sport as in society, excess and avarice at the top only benefit the few, and never for as long as they want.

england
1 comment about "Sunderland still learning to cope with life in the lower tiers".
Next story loading