TV: Networks pull out all the stops for UEFA Champions League final 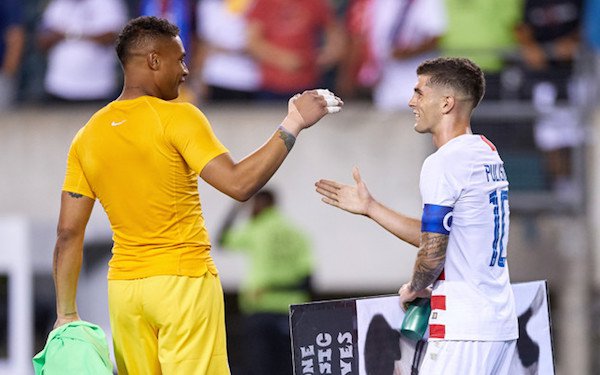 Saturday's UEFA Champions League final should be the first in which an American plays.

Both Chelsea (Christian Pulisic) and Manchester City (Zack Steffen) will have Americans on their game rosters. and the big question will be whether Pulisic starts, like he did when he scored against Real Madrid in the first leg of the semifinals, or come off the bench, like he did in the second leg when he assisted on Chelsea's insurance goal.

Saturday's game will air at 3 p.m. ET on CBS (streamed on Paramount+) and Univision (simulcast on TUDN).

Viewers. The record U.S. television audience for a Champions League final is 4.2 million for the 2011 final between Barcelona and Manchester United on Fox and Fox Deportes. It drew an English-language record 2.6 million on Fox.

In 2020, the final between Bayern Munich and Paris St. Germain averaged 2.05 million viewers on Univision, the most ever on Spanish-language television.

television
1 comment about "TV: Networks pull out all the stops for UEFA Champions League final".
Next story loading