'DeRo: My Life.' A well-crafted memoir with lively MLS history

“He reached into his school bag and pulled out a gun.” That’s the second sentence of the book’s prologue. It’s a scary scene among young teens – the injury and impact of which will be detailed in Chapter 3. Of course, the reader knows it won’t end in a worst-case scenario. Because it’s the memoir of one the greatest players in MLS history, Canadian striker Dwayne De Rosario, who won four MLS Cups while scoring 100-plus goals and assisting on more than 80.

That MLS career began in 2001, when De Rosario joined the San Jose Earthquakes after stints with the A-League’s Richmond Kickers and German 2nd division FSV Zwickau – and a job at Toronto’s Big Carrot health food store in between.

In that first MLS season, at age 23, De Rosario was MVP of a remarkable MLS Cup – the Quakes’ 2-1 overtime win over an LA Galaxy team that included Paul Caligiuri, Mauricio Cienfuegos, Cobi Jones and Mexican star Luis Hernandez, who scored the first goal. The equalizing goal by the Frank Yallop-coached Quakes came from a 19-year-old Landon Donovan. De Rosario entered in the 85th minute and scored the golden goal six minutes into overtime.

De Rosario pulled off his jersey in celebration to reveal a T-shirt on which he’d written “One Love.” A message of peace in the wake of the U.S. military leading the invasion Afghanistan two weeks early I wondered? But his postgame interview was cut off before he had a chance to explain his message. Twenty years later – with the war still ongoing in Afghanistan -- De Rosario explains in his book: 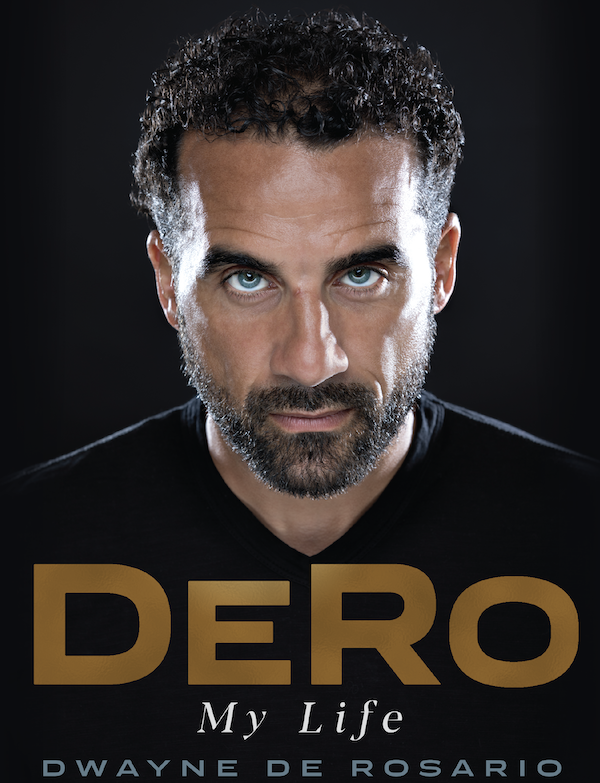 “I had the microphone and I had something to say. I didn’t want to talk about the goal or the championship; I wanted to talk about my shirt and the people who were dying because our leaders think wars are solutions. I wanted to show how sport unifies people. Look at all the different races on my team, celebrating with each other after achieving one common goal. But they didn’t want to hear any of that.”

That MLS Cup was hosted in Columbus less than six weeks after the 9/11 attacks by 19 al-Qaeda hijackers, mostly Saudi Arabian.

“There was a lot of fear in America at that time,” De Rosario writes. “There was a lot of anger. When we got to Columbus, someone from the league’s security team told all the minority guys to stay in the hotel unless we were travelling with the entire team to and from the stadium. … Military dogs walked through the team bus and checked all the bags. We stepped off, and there was a long line of soldiers strapped with M16s, standing guard.”

He contemplated how to best use the stage that athletes have: “In times like these, we needed to bring people together. And then it hit me: Bob Marley.”

Among the reasons I found DeRo a remarkable read is that it reminded us of how different it was to be a North American soccer superstar – or a star in any sport -- two decades ago. For one, in that pre-social media world, it was more difficult for an athlete trying to shine a light on the glory of “different races achieving one common goal” Today, entire pro clubs and national teams line up pregame with messages on their shirts for all viewers to read. Back then, De Rosario being a vegetarian star athlete seemed unique, if you’d heard about it. Today, stars from a wide range of sports, the likes of DeAndre Jordan, Malcolm Jenkins and Alex Morgan, campaign for PETA and explain their choice to eat vegetarian.

It’s also fun to be reminded of a different MLS era, to get anecdotes of personalities of the past and others still around – and insight about the league from such a well-traveled player.

With 14 seasons and five clubs on his MLS resume, DeRo delivers plenty on coaches – including Thomas Rongen, Frank Yallop, Dominic Kinnear – and management, including a reminder on the ill-fated Jurgen Klinsmann-Aron Winter project at De Rosario’s hometown Toronto FC.

On Yallop and Kinnear: “Frank is able to get the most out of his players by making them believe they’re better players than they actually are. And when they believe it, they’re able to embody it. That’s why he’s so well respected in the game. All the players took it so personally when we lost because we felt like we had let Frank and Dom down.”

One of the anecdotes: when the players showed up at a practice after a loss and saw no soccer equipment. Fearing they would be running steps all day afternoon, instead Yallop passed out gloves and baseballs:

“All of a sudden, we were joking around and having a good time. It had been a couple of weeks since we had felt like that around each other. Instead of making us run and hammering us, Frank did the complete opposite. He knew that overthinking things could do more harm than good.”

That was part of a championship season for the player who starts his book out with chapters about his childhood in the Toronto area of Scarborough, which “was like every other poor community. It could either make you or break you. And there were more ways to break you. There weren’t after-school programs and activities to keep kids busy when school was let out.” 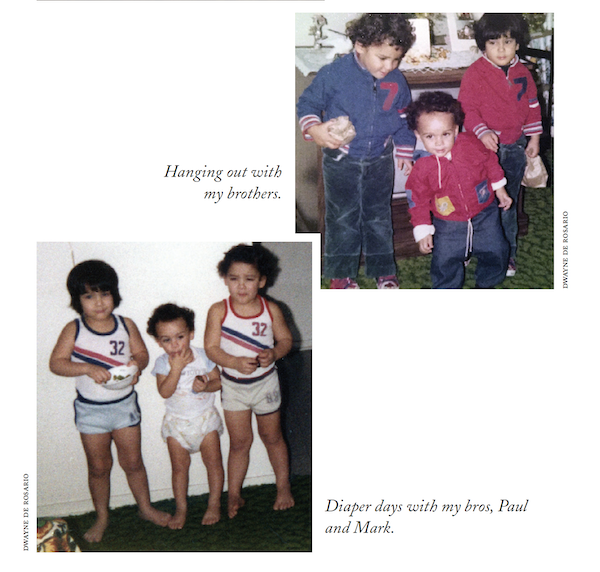 Born to Guyanese immigrant parents who divorced when he was young, De Rosario was part of a crew of “the kids that your parents told you not to hang around.” Instead of going to middle-school dances, they DJ-ed their own house parties with vodka-spiked punch and sought out afterschool breakdancing in parking lots and train stations.

The crimes included stealing a school VCR because they couldn’t fit the TV through the broken window they climbed into – then learned the hard way about security cameras. Luckily for De Rosario, he survived that transgression and escaped arrest from joyrides in stolen cars thanks to out running and climbing fences faster than the police. Those close calls and the gun incident finally convinced De Rosario -- who like many Scarborough kids was tempted by the lucrativeness of drug-dealing -- to focus on a different path. Fortunately for him, his soccer talent created one.

Soccer had been a healthy diversion for the often unsupervised group of kids. He also came from a soccer family. His father was goalkeeper in a local Caribbean league: “There were more fights at those games than there were in the NHL back then. One time my dad was the goalkeeper, and he was so angry with his own team yelling at each other and yelling at him, he kicked the ball into his own net.”

For De Rosario, pickup soccer in the streets, in yards, parking lots, at recreation centers, in the lobbies of apartment buildings – with all ages, including adults – turned him into such a talent that by his mid-teens he played youth club ball that earned him soccer trips around the USA, Europe and South America.

The DeRo book is attractive to longtime North American soccer fans who will enjoy insight on being teammates with the stars of those days and his positive and negative experience with coaches. It’s also a well-crafted account of a childhood that includes fear, love and fortitude in world unique to most of us. In other words, it’s rewarding read beyond the sports.