The pandemic delayed the NAIA 2020 championship until May 2021.

There’s a reason you probably did not hear of the Seahawks’ success. The 249-member National Association of Intercollegiate Athletics lies in the long shadow of the NCAA. This year’s College Cups drew plenty of attention, with upstart Marshall winning the men’s title, and Santa Clara capturing the women’s crown.

They were Division I champs. In this COVID-affected year, the NCAA did not sponsor national tournaments for Divisions II or III.

But the NAIA plowed ahead. And everyone on Keiser’s West Palm Beach, Florida, campus -- including its 17,000 students, earning associates, bachelors and graduate degrees in dozens of programs -- is glad they did.

The campus has been home to Mat Dunn since he was recruited by what was then called Northwood University in 2003, from his native Sheffield, England. Four years later, he captained the squad to their first Sun Conference championship, and on a run to the NAIA national tournament Elite Eight.

After earning his B.A. in business and a master’s from Keiser, he became head women’s coach in 2011. The Seahawks have averaged over 17 wins a year since then, dropping just three conference matches in nine years. Their back-to-back titles -- the first since Lee University of Tennessee snagged four in a row from 2008 to ’11 -- include four final four appearances. Dunn’s route to the NAIA mirrors many athletes’. As a 21-year-old freshman, he was too old for NCAA regulations. The Florida weather, beaches and proximity to cities like Miami and Orlando were alluring too. 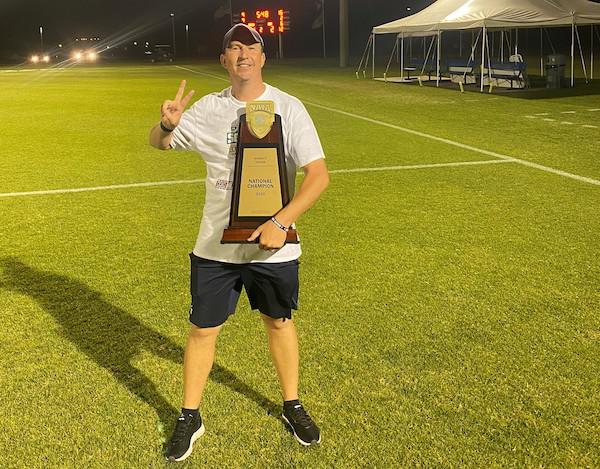 Adjustments included college substitution rules and the emphasis on fitness (though, Dunn notes, “I was very fit to begin with.”) Yet he says, “the game at any level is still 11-v-11, trying to score goals.”

He bristles at those who look down on the NAIA. “We have NCAA D-I recruits who choose to come here instead,” he says. “And a lot of NCAA schools try to recruit the players we have.” Players pick Keiser over D-I schools because “they want to go to a national tournament. Plenty of teams never go. We’ve been to 15 in a row.”

Though top D-I programs are in a class by themselves, Dunn believes that the level of play in many NAIA colleges equals that of NCAA D-II and III teams, and some in D-I. Comparisons are difficult. “We’ve tried to play (NCAA teams). They don’t want to. It would look bad if they lose,” Dunn says.

The Seahawks’ roster is heavily international. Joining 20 Swedes are two Norwegians, two Japanese, and one player each from Denmark, Iceland, Germany and Switzerland. Five hail from Florida (including one from West Palm Beach), plus one apiece from New York and Alabama. Dunn has developed many connections abroad, particularly in Sweden. Word of mouth -- particularly after athletes find success at Keiser -- helps too.

Another advantage to recruiting internationally: “They’re not led down the path of ‘My dad played at Michigan, so I’ll try to walk on’ or ‘My parents went to Florida State, so I’ll go there and not play.’ Europeans don’t have those ideas.” 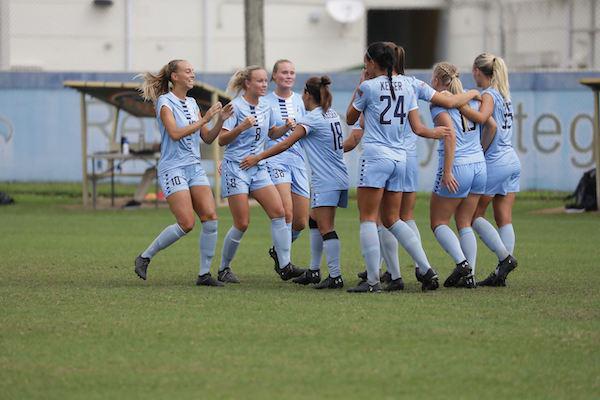 But having international players posed a problem when the pandemic struck. Just five days before school began, overseas students finally got permission to attend. Sweden had the fewest COVID protocols of any major country, so those women faced strict quarantines when they arrived.

Though many colleges and conferences did not play a fall season, Keiser and the Sun Conference did. At several points up to five athletes at a time were unavailable, due to isolation. Dunn says, “we soldiered on.” The Seahawks got every match in, dropping only one (2-1 to Southeastern, in overtime).

But they endured long layoffs between spring games, then spent a nerve-wracking 25 days before the national tourney began.

“There’s only so many times you can play in-house,” Dunn notes. “It could have been boring or tough on the players. And that prolonged stretch just gives more time for someone to test positive, or come in contact with someone who was. It was long, grueling and tedious.” Still, he adds, “some teams on campus had no season at all. We were very fortunate to get ours in.”

When they did, they played very well. Dunn tries to create teams that meld the best characteristics of each player’s national identity. “I want to highlight their styles, so they morph together to form one unit. Everyone has something to offer. They mix together, in a unique style that works for us.”

It works off the field too. Players bring their national foods to team dinners. A Japanese player learned to speak Swedish. Americans visit their teammates overseas in the summer. The chemistry worked for the Seahawks all year long. It’s always tough to repeat as national champs. This year, with the distractions and stops and starts of COVID, was particularly tough. The next challenge is difficult too: a three-peat.

Dunn has a solid core returning. “They know what it takes now. They’ll keep building on our success. My job is to challenge them to have the hunger to do it again.” A two-time national champion might be expected to field offers to leave. Yet Dunn is quite happy at Keiser, and in the NAIA.

“I love it here,” he says. “I’ve spent half my life on this campus, playing and coaching. I’ve got roots here. I get a lot of satisfaction from building on a program that was already in a good place. Now I want to build it even more.”