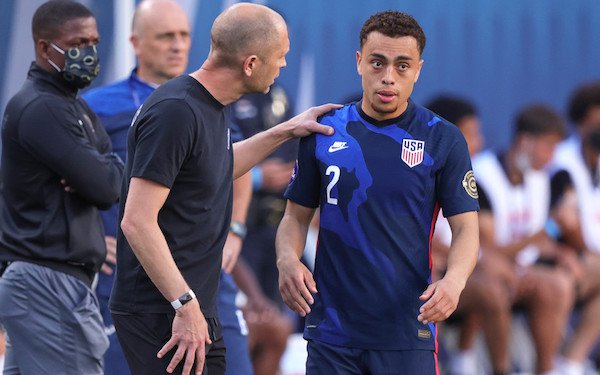 The U.S. men's national team closes out its June run of games -- three in seven days, intended to replicate World Cup 2022 qualifying, where four of the five windows will consist of three dates -- when it hosts Costa Rica on Wednesday in Sandy, Utah.

Ahead of the game, much of the talk has been about the exciting Concacaf Nations League final in which the USA beat Mexico, 3-2, in overtime. On Tuesday's media call, U.S. coach Gregg Berhalter was asked about many players. Here are his edited comments.

Yunus Musah (18), the only field player among the USA's 23 players who did not play in the Nations League.

"It was a tactical decision. He's a big part of what we do. He's a young player, 18 years old, and in these particular games we opted for something different. I don't think it means that he's not part of the group. He's a guy that we're counting for the future and to bring him into these games in the right way, for him to see the speed of the game, for him to get used to what Concacaf is like, and to see that from the sideline. But he's ready to go for tomorrow, we're looking forward to him having a good game tomorrow. He's great. He's ready to go. He understands it's a team. He's dealt with enough with Valencia this year to understand that sometimes you don't get to play, but it's been a lot of communication from us. It's never easy for younger players not to get on the field, but he's patient and he's bought into the team concept."

Christian Pulisic (22), who had a quiet game until earning -- and converting -- the winning penalty kick.

"The way Mexico defends is very man-oriented with very, very limited space. We tried to get him moving from wide positions to central positions. At times, he did pick up the ball centrally, and at times he was just missed by his teammates. There were opportunities that he's there and he just doesn't get the ball. Moving forward, it's the focus of how do we get Christian the ball in spots that he can be effective and dangerous? Having said that, he still got a penalty called in overtime that led to the winning goal. He was still was on the end of a number of plays that could have been more dangerous. We still want to get him the ball in more dangerous positions." 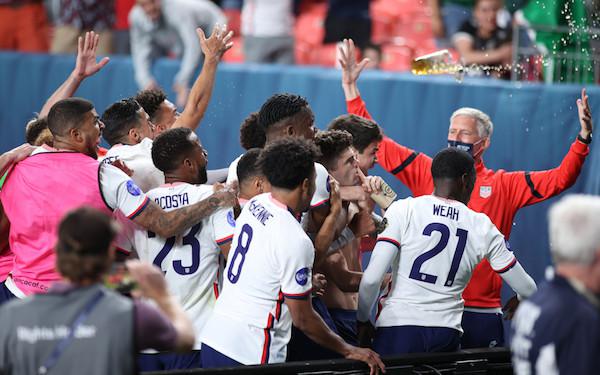 "We asked a lot of him tactically in the game. We asked him to move from a wide midfielder to a wing back. We asked them to move inside, to move outside and sometimes it's difficult to get into the flow of a game because of that.  He did get the ball in some good positions. He had a really explosive run in the first half, crossed the ball into the penalty box but didn't pick someone out. He had a play in the second half where Christian ended up intercepting the ball. But if Christian lets it go, it goes right to Weston [McKennie] in the penalty box for a shot that could have been a good play. We want Sergino embracing the tougher moments of the game, the moments when the game doesn't look like he's used to seeing because that's Concacaf. He's a fantastic player. He's got as much talent as anyone else on the team. And it's just about getting used to what Concacaf soccer is like."

Tyler Adams (22), who was out for a month with a back injury before entering in the 82nd minute.

"I had long conversations with Tyler beforehand where his fitness was in doubt. And I said, 'Listen, if you're 60, 70 percent, we want to take you anyway because we want you being around this environment. We want you seeing what this is like being with the guys and helping out.' And he was great with that. And we knew there was no chance he could play against Honduras. We knew there was a limited chance that he could start against Mexico. It was about putting him in a position to contribute. And that's exactly what he did. The one good thing about overtime was the periods are broken up by a pause after the interval. So [regulation] ended, he got a break, and then we did 15 minutes and he got a break. And then another 15 minutes, I think that helped manage his load a little bit. He's important for the team. It's great to have him around because he hasn't been around that often with the group."

Gio Reyna (18), who at age 18 contributed a goal and an assist but also did a lot of work defensively.

"The great thing about Gio is he can get a lot of advice first-hand from his father. [Claudio] played in a number of those games and I think the combination of myself being able to tell him what these games are about, but also his leaning on his dad for information is valuable because the one thing I'm telling him is the intensity of these games is a different level and embrace it. He has the physicality for an 18 year old. He's a big boy. He's a strong boy, a lot of power. And it was great to see him using it in that game. Gio's a really interesting player. When it's all said and done, he's going to have skill sets that not many players possess, just the size and the speed and the running with the ball. And I think when he works on the finishing side of it, making assists, making goals, and the defensive side of it, he's an absolutely complete player."

Mark McKenzie (22), the goat on the opening Mexico goal who stayed in the game for the entire 120 minutes.

"I was a defender as well, and I just know the feeling when you make a mistake that leads to a goal. Sometimes you want to just hide and you have to keep going. And he did that and it wasn't always pretty, but in the meantime, he made some huge plays, stepped in front of guys, he was isolated one-v-one against top-level attackers and held his own. I spoke to the team about Mark and his performance yesterday. And it was just a really brave performance and relentless performance. He hung in there and just kept going so I was really proud of him and his effort."