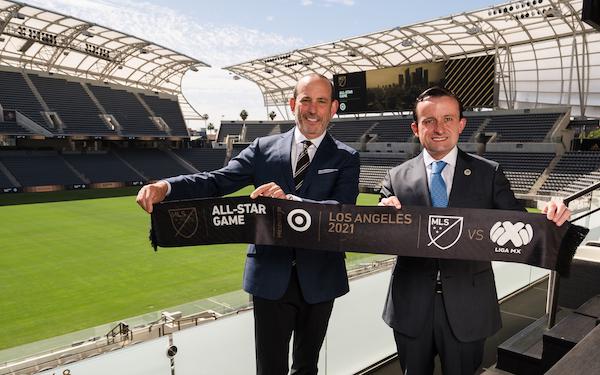 A year later, MLS and Liga MX will get to square in the battle of all-star teams in Los Angeles.

There was no MLS All-Star Game in 2020 due to the pandemic, but the 2021 edition, the first involving two all-star teams from different leagues, will be played Aug. 25 at Banc of California Stadium in Los Angeles.

Bob Bradley, the three-time MLS Coach of the Year with LAFC, will coach the MLS All-Stars. In 2019, Bradley led LAFC to the Supporters’ Shield with an MLS regular-season points record. In 2020 he led LAFC to the Concacaf Champions League final.

MLS and Liga MX teams have competed against each other in Concacaf play since 1997. They've met in club competitions the two leagues have organized -- the SuperLiga in 2007-10 and the Campeones Cup and Leagues Cup currently -- but this is the first time they will field all-star teams.

The MLS All-Star Game started as a traditional East vs. West game. There was one MLS USA vs. MLS World and one All-Stars vs. USA. In 2003, the game was MLS All-Stars vs. Guadalajara, and it's been an MLS all-star vs. foreign club team every year since 2005.

Chivas has been until now the lone Mexican team to compete in the game.