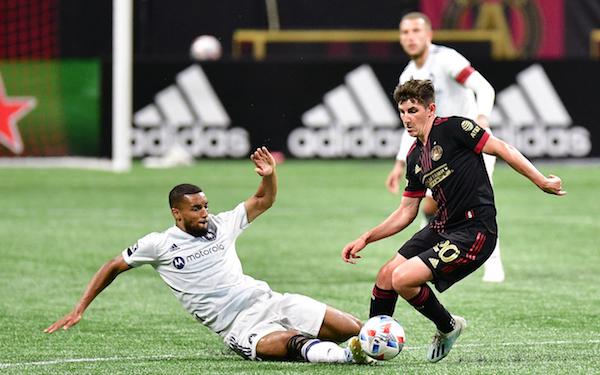 Atlanta United midfielder Emerson Hyndman tore the anterior cruciate ligament in his right knee during training and will undergo surgery on a date to be determined.

No timeline for the rehabilitation process was given, but nature of the injury would suggest that he will miss the remainder of the 2021 MLS season.

Hyndman, 25, started all seven MLS games under new head coach Gabriel Heinze and played 621 of 630 minutes. He's in his third season with the Five Stripes, who first signed him on loan from Bournemouth in 2019 and later picked up his purchase option.

Hyndman, the grandson of Schellas Hyndman, moved from Dallas to England when he was 15 to enter the Fulham academy. He played 55 games over six seasons with Fulham and Bournemouth in England and Rangers and Hibernian in Scotland.

He captained the USA at the 2015 Under-20 World Cup and has earned two senior caps.