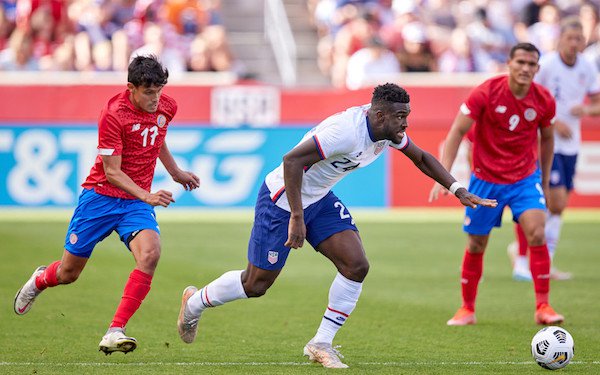 Daryl Dike returned home after four months in England to hook up with the U.S. national team.

He wasn't on the roster for the Concacaf Nations League, but he got his first start for the USA on Wednesday and scored his first international goal in the 4-0 win over Costa Rica in Utah.

Dike, who turned 21 last week, put himself in the national team picture with a breakout season as a rookie out of the University of Virginia for Orlando City (eight goals in 17 games) and then a remarkable loan spell at English Championship club Barnsley (nine goals in 19 games).

The toughest decision Gregg Berhalter had to make on his Concacaf Nations League roster was leave Dike off the team in favor of Josh Sargent and Jordan Siebatcheu, but Dike traveled with the team, beginning with its camp in Switzerland.

“We know Daryl is a handful," said Berhalter after the win over Costa Rica. "We purposely played direct from goal kicks to him to put the center backs under pressure. You saw his movement behind the line on the goal."

Mark McKenzie played a through ball that cut out the Tico backline, allowing Dike to run on to the ball and beat Costa Rica keeper Leonel Moreira.

“Daryl got an opportunity tonight," added Berhalter, "and I think he did really well. The physical side of it was there, the movement in behind the backline was there. The only thing I would highlight is potentially the movement in the penalty box, really attacking crosses and getting on the end of crosses. But Daryl’s a young player, and he has a ton of room to grow, and we're going to be here and helping support him to get there."

Dike, whose brother and sister both played for Nigeria internationally, used the opportunity to be around the team for more than two weeks to his advantage.

"Of course, I wanted to be included in the roster," he said, "but I also recognize the quality of the players we have. And we got the job done. For me, it was just another sign for me to just continue to improve. I think today, getting the opportunity to start and get more minutes, it was a great feeling to be included. For all the work I’ve put together with the group over these past weeks, it’s great to go out there and get a win and get my first goal as well.”

Dike will return to Orlando City after Barnsley, which lost its promotion bid, didn't exercise its purchase option. Whether he is still with the Lions when European clubs  open camp next month remains to be seen.

“In terms of thinking about what’s next," he said, "I do what I’ve always done with Orlando, Barnsley and the national team. I’ve always taken things step by step and let the things that might be out of my control happen behind the scenes and work on what I can control, whether that is training as hard as I can every day or competing in matches." 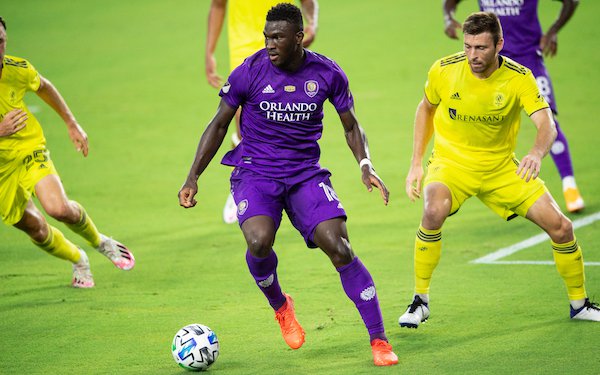 A year ago, Dike still had not debuted for Orlando City -- he didn't play his first game until after the MLS is Back Tournament ended in August -- so the speed at which his career has taken off might seem dizzying.

"During the entire year," he said, "I have been fortunate to have had some success at all the levels I have been playing and to have played with some great players, some great coaches and continue to grow. I think in terms of my career at the start it was hectic and I kind of enjoyed it."