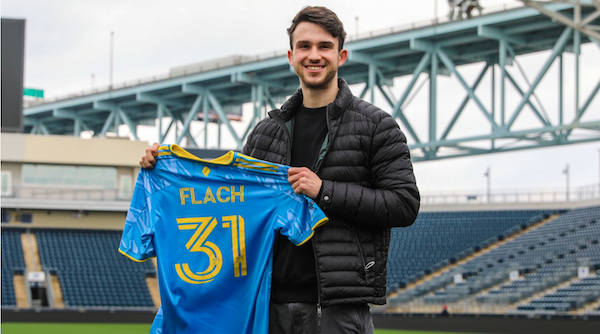 Two years ago, when MLS Commissioner Don Garber said that he wanted the league to become a selling league, it came a time when young players were starting to break through at an impressive rate. Since then, many of the league's teams have sold talent at impressive rate and this process has flexed the muscles of the academy investment many teams throughout the league have made.

Part of the trick, however, with being a selling league is the challenges of remaining competitive despite the outflow of talent. How do these teams spend the money that comes in?

On one side, you have FC Dallas – which, in recent years, has sold Reggie Cannon, Chris Richards, Bryan Reynolds, and soon Justin Che. It has also traded away U.S. national team midfielder Kellyn Acosta. While that has generated cash for the organization, the club currently sits in last place of the Western Conference.

On the flip side, you have the Philadelphia Union, which is coming off winning the 2020 Supporters Shield. Following that campaign, the Union sold two U.S. internationals and MLS Best XI winners in Brenden Aaronson and Mark McKenzie. Despite losing that huge component of its core, the Philadelphia Union is currently third in the MLS Eastern Conference, has four wins and a draw in their last five, and is the last remaining MLS team in the Concacaf Champions League.

The difference between the two teams is that the Philadelphia Union has managed to replenish its roster far more wisely than FC Dallas – or any other team.

Leon Flach, 20, is a terrific example. Born in Houston while his parents were living in Texas for employment, Flach left for his parents’ native Hamburg when he was very young. It was there where he developed into a solid player within St. Pauli’s academy. In 2019, he began playing for German youth national teams as well.

Things began to change for him quickly in 2020 before the start of the pandemic. That January, he decided to attend a U.S. U-20 camp, despite still being within the plans of the German U-19 team. He quickly made friends and strong contacts with American players of his age -- such as Cole Bassett and Cameron Harper.

When the soccer world returned from the pandemic, Flach was on St. Pauli’s first team to start the 2.Bundesliga season. This past January, he scored a stunning goal for St. Pauli in a 2-1 loss to Greuther Furth. But just weeks later, a unique opportunity arose when the Philadelphia Union engaged with St. Pauli about a potential transfer.

“He has pedigree,” Union coach Jim Curtin said. “We just saw a kid who maybe was a good fit for both of us and wasn't getting the minutes maybe he felt he deserved at the time. We saw an opportunity through Ernst Tanner's contacts to maybe make a connection there. There was interest there from both sides. We had a really good Zoom call with him and his father. Obviously, soccer was the most important thing in his decision but there was also the cultural piece too. His father was interested in him experiencing American culture. It's a close family and his brother is going to be attending a university on the East Coast. It was a good fit all around.” 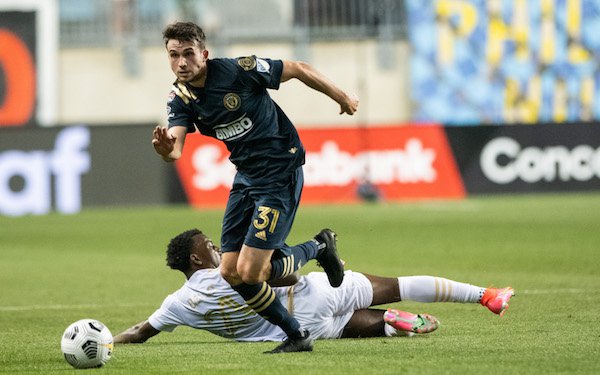 While being one of St. Pauli’s top prospects, Flach ended up transferring to the Union and he quickly broke into the team. From there, he has been a huge part of Curtin’s plans and his performances have certainly opened eyes. Few teams in MLS would be able to survive the loss of two Best XI players, but Flach has been a big reason why the Union haven’t missed a beat and remain one of the league’s best teams.

Flach has embraced the move on many levels – and it is a sign of a changing landscape about how the league is viewed. While he is a dual citizen by virtue of his American birth, Flach is far more immersed in German soccer and German culture. He still holds dreams of playing in the highest leagues in Europe, but he felt the best path to get there was to leave Europe and head to Philadelphia.

What makes Flach such a success in Philadelphia has been his ability to really contribute both sides of the ball while playing the No. 6 position. Union beat writer Joe Tansey, recently out a very interesting set of stats that showed Flach among the best in MLS in several key defensive areas – including third in tackles, third in tackles which his team won possession, second in on-ball pressure, and first in press success rate.

Leon Flach is off to an extraordinary start:

Flach said he has been following MLS since his appearance with the U.S. U-20 team in early January but admits it has exceeded his expectations.

“I was a bit surprised,” Flach said. “I think the quality is higher than I expected because, especially in the offense, and the players you're playing against - I think the most of them are really, really good. For example, when we played, New England - Carles Gil... But if you compare it tactically, it's a bit different than Germany because in Germany everybody's focused on the tactics a bit more. Here, the intensity is, I would say a little bit higher because it's going from offense to defense really quickly. It is high intensity. It's a really high level we are playing on and it's the perfect level to develop yourself as a young player.”

As for the Union, Curtin is full of praise for Flach who has also exceeded his expectations. The Union, meanwhile, now look set to remain competitive in the Eastern Conference and Flach show the team’s ability to remain competitive with the develop and sell approach – something other teams like FC Dallas haven’t been able to do.

“We thought we were getting a really solid piece who could play multiple positions - as a No. 6, or on the side of our diamond, as a No. 8. or left back in a pinch,” Curtin said. “Then you get the kid and you're like - let's see what we have. Gosh, when I say soccer IQ - he's off the charts for a kid this young… We didn't think he was going to be this good, this fast.”

Flach has not only left Germany to make positive steps in his soccer development, but he has also been able to fully embrace American culture. He lives in Philadelphia and spends a lot of his free time taking in the city. Prior to joining the Union, he was an NFL fan and his favorite team was the Houston Texans – who he traveled to London to watch when they played a game at Wembley in 2019.

In addition to the cultural and professional benefits the move has made for Flach, there is also the international aide of the game. His strong performances with the Union have also led to reports that Flach is in the mix for potentially being part of the U.S. Gold Cup team this summer.

Flach was disappointed recently with the cancellation of the U-20 World Cup, and remains hopeful but cautious about his next steps internationally.

“If there's a chance for a call-up one day, I will be really happy,” Flach said. “But first of all, I want to play for Philadelphia and I think if you have success in your club, the rest will follow.”

As for Curtin, his demeanor over Flach suggests there could be a lot in store.

“It's happening quick for him right now,” Curtin said. “He's in a good spot.”

mls
1 comment about "Weekend Focus: Leon Flach finds himself in good spot after quick success in MLS".
Next story loading