The pause in the MLS season is almost over -- all but two teams took two weeks off for the June international break -- and there is still no resolution to the Jozy Altidore situation. 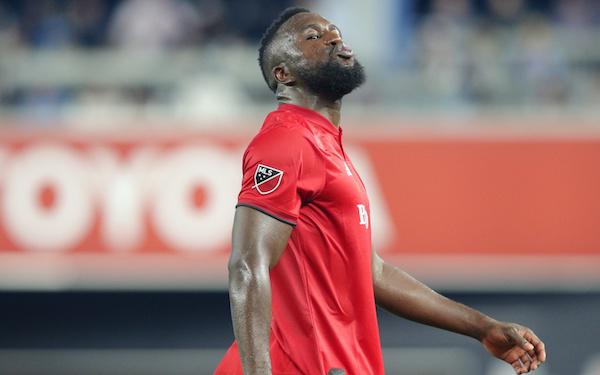 The U.S. forward has been training on his own since he expressed his displeasure to first-year Toronto FC head coach Chris Armas about his substitution in the second half of the match against Orlando City on May 22.

There was speculation about a move for the 31-year-old forward in January -- he attended the U.S. national team camp in Florida but sat out the match against Trinidad & Tobago in case anything transpired at the end of the window transfer window.

Toronto FC needs Altidore. It ranks 25th out of 27 teams in MLS with a 1-4-2, and injuries have diminished depleted its ranks. But it is hard to see a reconciliation, given the step TFC took to exclude him from the team.

"I'm sure he wanted to play and stay in the match," said Toronto FC general manager Ali Curtis of Altidore's substitution in the 70th minute of the 1-0 loss to Orlando City, "but it was a situation that we didn't like and we've had conversations with Jozy about that. I've had a conversation with his representation about that. But also it was an opportunity to really reflect on what makes sense for Jozy and what makes sense for the club moving forward."

Altidore has been training with TFC staff members in Orlando, where Toronto FC has been based due to travel restrictions between Canada and the United States. Trading him to another MLS team or transferring him to a team in another league and getting all or part of his salary off its payroll would be the best outcome, but it won't be easy.

Altidore scored 56 goals in his first five seasons with the Reds and helped them reach MLS Cup three times, but he has scored just three goals in 2020 and 2021. He has 42 goals in 115 games for the USA but has not played since the 2019 Gold Cup when it finished second to Mexico.

No less than eight players have been used at center forward on the national team in the last eight months -- Sebastian Lletget, Nicolas Gioacchini, Sebastian Soto, Ayo Akinola, Jesus Ferreira, Josh Sargent, Jordan Siebatcheu and Daryl Dike -- and the starting job is still there for the taking.

Bradley admits there is no simple solution.

"I hope there’s a solution where Jozy gets the respect and the appreciation that he deserves from the fans and from the city for the incredible role that he has played in putting this club where we are right now," he said on a media call on Monday. "When the book gets written, and when all is said and done, we’re talking about one of the best—if not the best player—to ever play for the club. And the role that he played in on so many of the big nights, it can’t be overstated. I hope that there’s a solution and an outcome that is fitting of all of that where Jozy and his family can be happy and have what they deserve, and I hope that that same outcome and solution is what leaves the club in a great place to continue to have success and to continue to write more pages in our history."